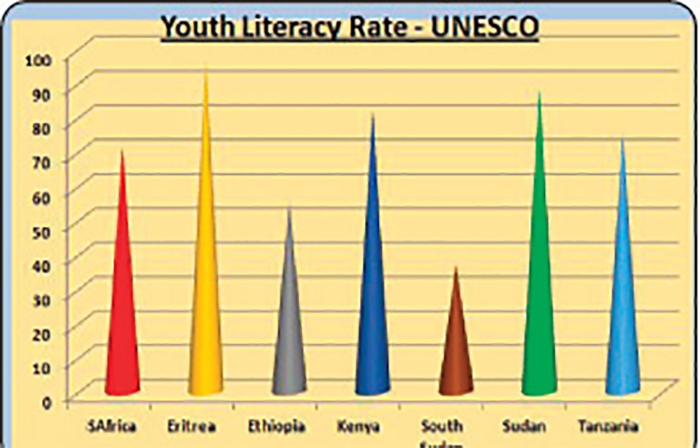 Yesterday, September 8th, International Literacy Day (ILD) was recognized and celebrated around the world. While the global Covid-19 crisis meant that ILD events were different than usual, the day remained an opportunity to focus on literacy and education globally. The roots of ILD date back to 1965, when the idea was first conceived at the “World Conference of Ministers of Education on the Eradication of Illiteracy” held in Tehran, Iran. The following year, ILD was founded by a proclamation of the United Nations Educational, Scientific and Cultural Organization (UNESCO), “to remind the public of the importance of literacy as a matter of dignity and human rights.” Then in 1967, the first ILD was celebrated. Thereafter, on every September 8th since 1967, ILD has been celebrated in countries around the world with the aim of highlighting the importance of literacy in our daily lives, bringing awareness to the many and significant issues around illiteracy, and advancing the literacy agenda towards a more literate and sustainable world.

Literacy, most commonly defined as the ability to read and write, is important for several reasons. To begin, it is a key driver of economic growth and critical for sustainable development. Its fundamental importance to development is reflected within the UN’s Sustainable Development Goals (SDGs). The SDGs are a global set of goals for all countries – low-, middle-, and high-income – to meet by 2030. Numbering 17 in total, the SDGs were adopted by world leaders in September 2015. SDG-4 focuses on ensuring inclusive and equitable quality education, as well as promoting lifelong learning opportunities for all. One of SDG- 4’s targets is ensuring that all young people achieve literacy and numeracy and that all adults who lack these skills are given the opportunity to acquire them. 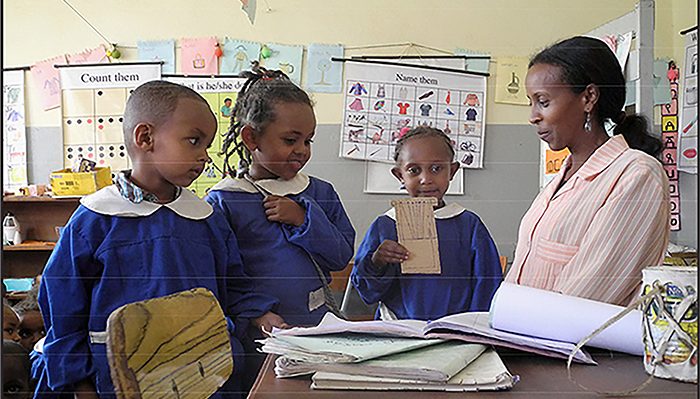 Notably, a large body of work has shown that literacy enables greater participation in the labor market; improves child and family health and nutrition; can help to reduce poverty; increases participation in communities and the political process; and greatly expands life opportunities. A glance at global income figures illustrates the existence of a strong correlation between national average incomes and literacy, with higher literacy rates being associated with higher national average incomes.

In addition to being critical for economic growth and sustainable development, literacy is a fundamental component of human rights. As put by UNESCO in an April 2013 statement, “Literacy is a fundamental human right and the foundation for lifelong learning. It is fully essential to social and human development in its ability to transform lives.” Crucially, literacy has been recognized not only as a right in itself but also as a mechanism for the realization of other human rights. It confers a wide set of benefits and strengthens the capabilities of individuals, families, and communities to achieve and access health and educational, economic, political, and cultural rights and opportunities.

The overall significance of literacy was captured by Audrey Azoulay, Director-General of UNESCO. In a 2018 statement, Azoulay declared: “Literacy is the first step towards freedom, towards liberation from social and economic constraints. It is the prerequisite for development, both individual and collective. It reduces poverty and inequality, creates wealth, and helps to eradicate problems of nutrition and public health.”

Much progress has been made in improving literacy rates around the world since the first ILD was celebrated over 50 years ago. However, despite the broad importance of literacy, illiteracy remains a global problem. Although estimates vary, it is believed that today at least 750-800 million young people and adults around the world still lack basic literacy skills, with two-thirds of them being women and over 100 million of them youth aged 15 to 24. Furthermore, many of the millions of unemployed young people and adults worldwide are unable to achieve decent livelihoods due to, among other things, the lack of foundational skills, including literacy, and failing to meet the skill demands of the rapidly changing labor market (UIS 2017; UNESCO 2018).

In Eritrea, for decades, education was highly restricted. Unsurprisingly, the country’s literacy rates (across different age categories) were quite low, particularly for girls and women. During Italian colonization, the colonial policy toward Eritrea aimed to “keep the Eritrean’s belly filled while keeping his brain empty” (Trevaskis 1960). About 50 years ago, youth literacy in the country was 20-21%, while in the mid-1970s, approximately 95% of Eritrean women were illiterate, a figure that would be only slightly improved by the time of independence. As well, at independence, overall enrolment rates (within primary levels) hovered at around only 30%.

Since independence, however, there has been tremendous progress and improvement in literacy. In fact, at present, Eritrea’s literacy rates are some of the best in the region. For instance, consider World Bank data for adult literacy, which is defined as the percentage of people aged 15 and above who can both read and write with understanding a short simple statement about their everyday life. Eritrea has an adult literacy rate of 77%. The figures for the other countries in the Horn of Africa (for which data is available), are as follows: Ethiopia 52%, South Sudan 35%, and Sudan 61%. Meanwhile, the average for the continent of Africa as a whole is 66%. It is well worth noting that Eritrea’s literacy rate is higher than that of many other African countries, despite the fact that all the African countries (bar one) became independent decades before Eritrea. 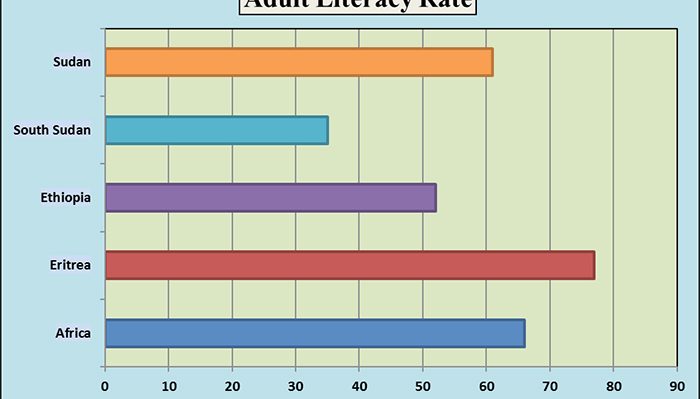 Even more impressive is Eritrea’s youth literacy rate, which is the percentage of people between ages 15 and 24 who can read and write. Literacy rates for youth in Eritrea, averaging a remarkably high 92%, are not only the highest in the region but are also higher than the continental or global average. According to UNESCO, Eritrea has had one of the largest increases in youth literacy anywhere in the world over the past 50 years. Encouragingly, the fact that the youth literacy rate in Eritrea is considerably higher than that for adults provides strong evidence to suggest that the country’s efforts to strengthen the supply and quality of basic education programs have largely been successful.

So what accounts for Eritrea’s tremendous progress and success in improving literacy? While unable to fully review all of the factors here, I will briefly touch upon a few key points. One significant factor is that since independence, Eritrea has made the promotion of education and literacy a key national priority. For example, consider the National Charter (1994), which describes Eritrea’s vision and ideals, as well as outlines its general principles and goals. It states that, “Our vision is to eliminate hunger, poverty and illiteracy from Eritrea[,]” and also declares that, “Education is the foundation of development. To provide equal educational opportunity means to provide equal opportunity for development. We must widely expand education so that our people can be free from ignorance, acquire knowledge and skills through various means, and enhance their productive capacity to build their country. Education is a fundamental right to which every Eritrean is entitled. Therefore, we must expand education to the rural areas of the country where educational opportunity has so far been scant. We must build an advanced educational system which serves national unity and development, and equips people with knowledge and skills.

Without the development of education, we cannot build our country or enhance democracy and justice.
Our greatest asset is our human resource. Therefore, we must assign a high priority to its development.”

Education in Eritrea has also long been an area of significant investment, with government expenditure on education being between 8-10% of the national budget. A great part of the investment is in infrastructure. Eritrea has built hundreds of schools and learning centers (in both rural and urban areas).

For example, although at independence the Northern Red Sea and Gash Barka regions had only 28 and 60 schools, respectively, currently there are nearly 300 and over 400 schools in these respective regions.

Meanwhile, in the Southern Red Sea region, the total number of schools – preschools, elementary, middle, and high schools – has dramatically increased from 101 at independence to just shy of 500 today.

Additionally, there has been a firm commitment to equality and social justice. Basic education is compulsory for both girls and boys, and it is offered in the various languages used across the country, thus helping to ensure equitable access to all ethno-linguistic groups. Furthermore, the country has adopted a policy of universal free education from pre-primary to higher education, ensuring that every child, irrespective of background, distinction, or status, has the opportunity to enroll in school, become literate, and maximize their potential. Countless roads have also been established, alongside substantial expansions in public transport services, thus improving ease of travel and accessibility to education for all.

Largely as a result of these steps, Eritrea’s primary enrolment rates are now approximately 90%, while total student enrolments have grown tremendously. For example, in 1961 there were 50,286 total students enrolled in Eritrea, a figure that would grow to 247,567 by 1992/3. Over the past several years, 700- 800,000 students have been enrolled annually.

ILD helps to remind us of the significance of literacy for individuals and societies. Literacy is critical to development and a fundamental component of human rights. Since independence, Eritrea has made tremendous progress in improving youth and adult literacy, largely through prioritizing and devoting great attention to education and literacy. Long may this continue!

The National Unity and Identity of Eritrea