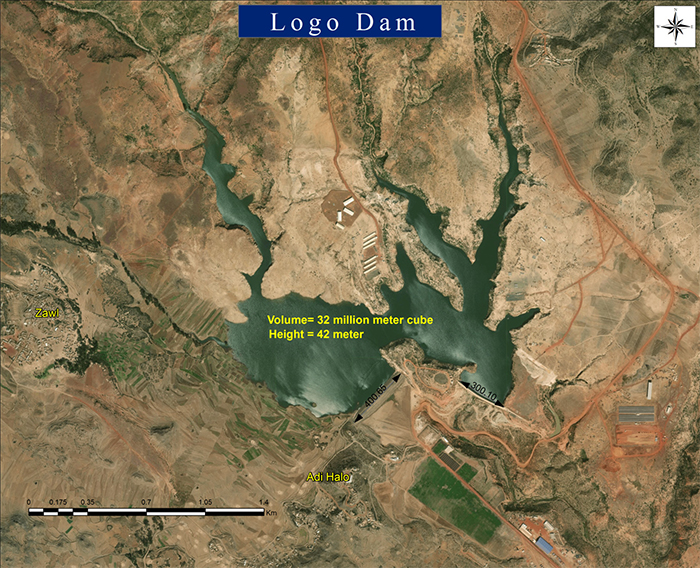 As global warming keeps threatening the inhabitants of our planet, Eritreans have been working hard on their piece of earth to fight desertification, erosion and the scarcity of water. In Eritrea, “every drop of water must be saved and stored at all costs”; they even made that their slogan associated with projects related to water and food security, the provision of social services and industrialization.

When some five years ago people began watching government trucks and vans leaving Asmara at dawn and heading south, they wandered where all those vehicles were flocking to and for what purpose.
What was there? What we heard was that a dam, known as Logo Dam, was being built in the vicinity of Adi Halo, a small village atop a hill. But what was unknown was that a big project was under way whose purpose is to serve as a pilot for what the Government envisions Eritrea mostly to be like. The project is not just about a dam. It is much more. 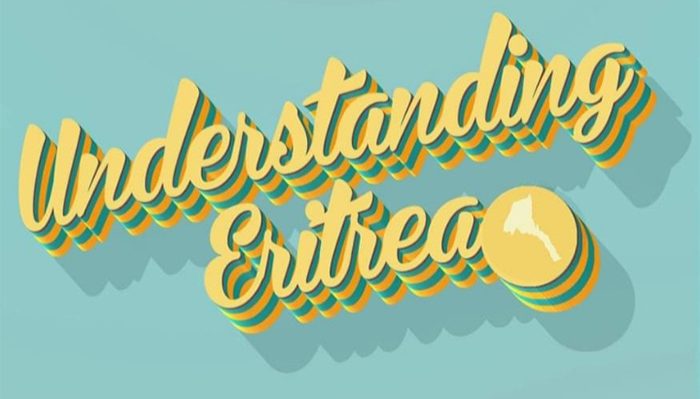 Eritrea has a long coastline and so many resources in its massive Red Sea waters, but it does not have abundant fresh water. The erratic rainfall in the country has left most of Eritrea’s land arid – a disadvantage to a people whose livelihood mostly depends on farming and raising animals. Thus, to address the problem, since the dawn of Independence, the Eritrean Government has been working to insure a sustainable provision of clean potable water.

Asmara is one of the cities that had seen hurdles in meeting clean water demand with its increasing population. In an effort to deal with the problem, the Eritrean Mapping and Information Center (EMIC), working under the umbrella of the President’s Office, did a case study in early 2012 to address the issue of water scarcity in the capital.

Asmara was originally built for fewer inhabitants, and the water supply infrastructure in Mai Nefhi, Tecor, Beleza, Valle Gnecchi and Adi Shacca dams, which cater to the city, no longer have the capacity to meet the demands of a growing capital. Even during a good rainfall season, what can be harvested from these dams is much less than 12 million metric cubes of water, which is the current amount in demand.

Hence, EMIC’s first mission has been alleviating the weight from these dams by constructing a new one that is capable of supplying them with water. The Logo Dam’s construction was initiated on such premises.

Mr. Tedros Beyene, GIS Expert at EMIC for the Southern Region Department, says that the Eritrean Government has been working hard to make the provision of water sustainable in all parts of the country. He added that the novelty of the construction of the dams lay in the growth-related projects embodied in the new approach of “reserving water” that Eritrea is promoting in its development plan.

Based on the policy, the department provided an efficient work plan for the construction of the two dams, Logo and Misilam. Mr. Tedros says that the two projects required massive investment from the government, the expertise of hundreds of professionals and massive labor.

The first step towards the realization of the plan was an analysis of existing water basins in the area. The department concluded that the Southern Region is hosed down by five water basins. Out of which, about 75% of the water bodies flow into Mereb River, while the rest stream down through the eastern escarpments flowing to Haddas River. The region is also washed by other thirteen sub-basins. These ones flow directly to the Red Sea. 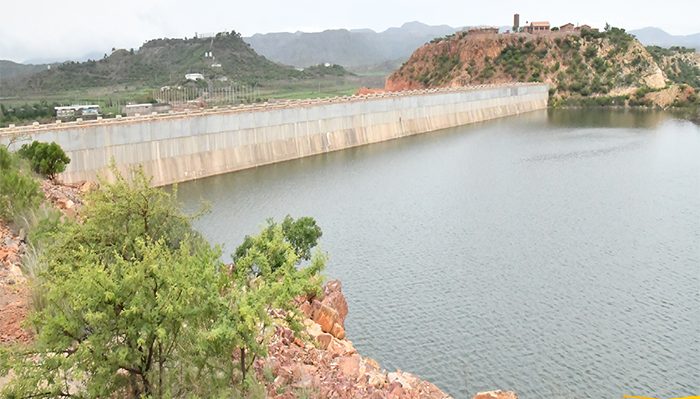 Seasonal rainwater from the northern part of Mountain Soira joins the river of Eindeli, topped by brooks from the mountains of Tekera and Ayakulu. These basins flow carrying rich soil, a vital addition to the side projects included in the main project of water conservation. When exploited to the maximum, areas watered by these brooks become perfect terrain for spate irrigation.

As noted above, the plan goes beyond just conserving water. The aim is to ensure well-rounded social development by utilizing both land and water resources. Its foundation began towards the end of 2013.
But why the Southern region and not the other regions? Mr. Tedros says that the Southern region has been selected to be a model because of its population density, infrastructure, abundance of land suitable for large scale agro-industry, and its accessibility to other cities and parts of the country.

This is how the catchments of Adi Halo and Gherghera areas became the sites for Logo Dam and Misilam Dam. Looking back, Mr. Tedros said that before the final draft of the site where Logo Dam is now located, the preliminary study conducted had been improved several times. While determining the dam sites, EMIC also considered several factors, such as water conservation capacity and cost, among others.

Originally, the construction of Logo Dam was projected to be in Adi Kefelet, measuring twenty five meters high and 400 meters long. The capacity was expected to be an estimated 8 million cubic meters of water.

Generally, Logo Dam is now functioning as the center of a multifaceted development project.

#UnderstandingEritrea is a series of articles that highlights the development path, anchored on the preservation and utilization of soil and water resources that Eritrea is following. Logo Dam is just the beginning.