The National Unity and Identity of Eritrea 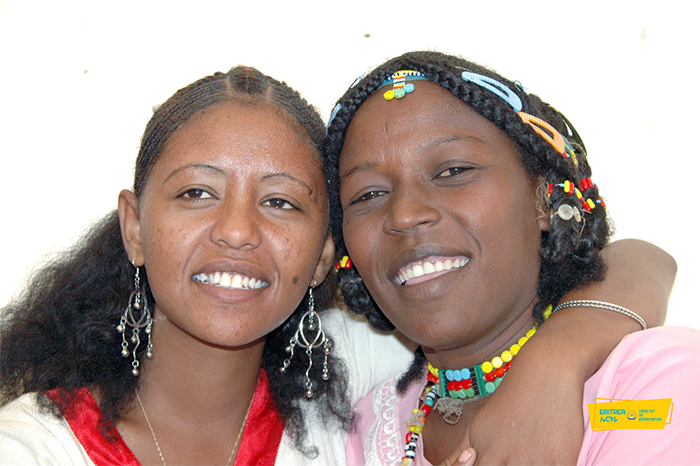 The people of Eritrea were robbed of a culture and identity of their own under successive periods of colonization. The colonizers worked hard to create division, erode the culture and erase the sense of collective pride. For decades Eritreans lived, struggled and sacrificed lives and limbs together. Nation, as defined by Ernest Renan, is a soul or spiritual principle comprised of a rich legacy of memories, present-day consent, and the desire to live together to perform great deeds in the future. The common heritage, including the protracted resistance and sacrifice of generations, gave a new sense of common fate to Eritreans. More importantly, the thirty years of armed struggle helped Eritreans to enhance unity, pride, culture, and identity.

Eritrea is a country of nine ethnic groups living in harmony. In Eritrea, “Unity in Diversity” is a basic principle of nation-building and national development efforts. Despite their differences and through their historical experiences Eritrea’s diverse groups voluntarily agreed to unite as one nation. Unity, a scarce resource for many developing nations, is available in abundance in Eritrea.

Anthony D. Smith explains national identity by setting forth five essential features: a historic territory or homeland; common myths and historical memories; a common, mass public culture; common legal rights and duties for all members; and a common economy with territorial mobility for members. The Eritrean national identity fulfills these essential features of national identity. Eritreans have developed a sense of common history, culture and fraternity that helped the country to strengthen territorial integrity and maintain social stability. The strength of national unity and identity has augmented the capacity of the government to maintain security and ensure the general welfare of the people.

The peaceful and harmonious coexistence of Eritreans has attracted admiration from all directions. In his article, ‘A Tale of Two Colonies’, Robert D. Kaplan described Eritrea as “newly independent, sleepily calm, and remarkably stable state… The country has achieved a degree of non-coercive social discipline and efficiency enviable in the developing world and particularly in Africa.” In Eritrea, every policy is designed to help achieve national unity and preserve the identity of the country. The prevalence of peace and security in the country is the outcome of the solidarity and unity.

Eritrea is a country where its diverse people can live in harmony, peace and stability. Bronwyn Bruton, in her article ‘Eritrea: Coming In from the Cold’, argued that “Eritreans are passionately nationalistic.

Despite the virulent tribal and ethnic conflicts plaguing the rest of the region, the Eritrean government appears to have been exceptionally successful in its own nation building project. Eritreans seem largely unified across tribal and religious categories.” (2016: 10)

The government of Eritrea always strives to ensure popular and equal participation of all citizens with a view to achieving unity, peace and prosperity. The practices of the government tell us that it has been the guarantor and promoter of national unity and national identity of Eritrea. The strong sense of national identity, pride and allegiance to the country and strong national unity of Eritrea creates a favorable climate for the country’s socio-economic development and safeguards the independence of the country.

The National Charter of Eritrea (1994) states that unity, equality and participation of all segments of the Eritrean society should be the bases of all our programs. Despite various challenges and difficulties, the government in Eritrea has succeeded in establishing a system that guarantees national unity, balanced development and peace and security.

Eritreans have identified with and internalized the symbols of the nation. If we accept the definition of national identity as ‘a type of collective identity that gives allegiance to the nation,’ the allegiance and respect of the Eritrean people to the symbols of the nation such as the state emblem, national flag, and national anthem is a living proof. Besides that, Eritreans zealously celebrate national holidays like Independence Day, Martyr’s Day and September 1st.

Eritrea has achieved national unity and national identity. However, this cannot be taken for granted. It needs continuous attention and efforts to strengthen and improve its substance. In order to give sustenance to Eritrea’s national unity and identity, we must continue to combat divisive tendencies that may emerge in various forms.