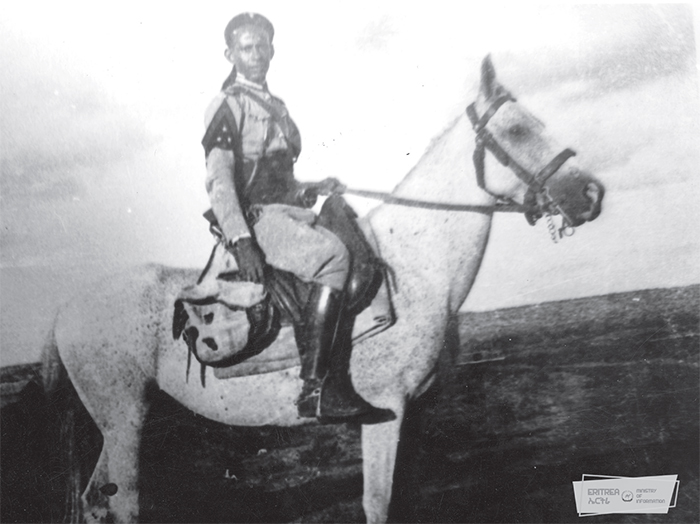 On 1st September 2020, Eritreans celebrated the 59th anniversary of the beginning of the armed struggle for independence, which was initiated by Hamid Idris Awate. Not long ago, HDRI publishers published Awate’s biography, ‘Hamid Idris Awate 1915-1962’, and the 59th anniversary of the armed struggle presents a wonderful occasion to reflect on the book.

‘Hamid Idris Awate 1915-1962’ is a pioneering work written by Haileslasie Weldu, a former journalist of Dimtsi Hafash and a freedom fighter during the struggle for independence. The origins of the present volume lie in an article about Hamid Idris Awate written in November 1983. The author spent 35 years to write about the life of Hamid Idris Awate. He pored over all the available literature on the topic and interviewed 65 persons who knew Awate. The diligence and high standard of the author are reflected in the 410 footnotes scattered throughout the book, which is well-written and easy to follow.

The book provides infinite stories of heroism, bravery, compassion, patriotism, and devotion. The national spirit of Hamid Idris Awate was influenced by the social, economic, political and psychological conditions of the time, and the author shares the true spirit, action and devotion of Awate. Haileslasie Weldu deserves admiration for his enormous contribution and patience in studying Hamid Idris Awate as a person, fighter and leader. His initiative to write history turned him from a hero at the battle field into an intellectual hero who dedicated his life to immortalize our heroes through his writing.

Writing biography is one of the ways of telling history, and the author places Hamid Idris Awate at the center of the narrative taking into account the larger historical dynamics of the time. Biography is the story of an individual and history is the story of a group, but the biography of Hamid Idris Awate examined the individual and the communal history simultaneously. 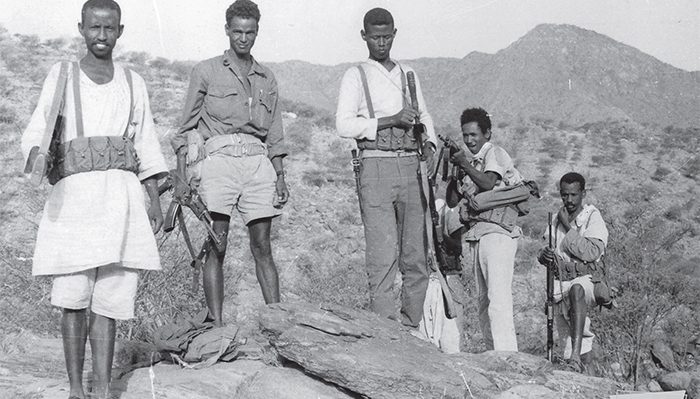 The first two chapters of the book deal with Awate’s background and his experience as a soldier in the Italian army, followed by the fascinating story of his life as an armed person dedicated to protecting his people from internal bandits and invaders from Sudan and Ethiopia. As a soldier of the colonial army, his military bravery and skills gained him respect from his superiors as a result of which he received various medals of heroism. He was excellent in horse riding, had no equals in shooting and was chosen to go to Italy as one of the best soldiers in 1937. During the Italian colonial period, he served in various posts in Eritrea, Sudan and Ethiopia.

According to the author the Shifta were of two types based on the factors that pushed them to become Shifta. Some became Shifta simply for revenge and plundered the property of others and raped women. On the other hand, some people chose to become Shifta to offer protection for their people. Usually Shiftnet, for good or bad, occurred when the government failed to provide security and order. The Shiftnet of Awate in the 1940s can be seen as rooted in the British administration’s inability or unwillingness to protect the lives and property of Eritreans.

The group of Awate was disciplined as he had zero tolerance for wanton lawbreaking, immorality and attacking civilians. He frequently punished his men for committing crimes. On one occasion, for example, he imprisoned and later expelled two of his members for their mischievous behavior. He was a man of great discipline and despised those who collaborated with the colonizers.

In the 1940s, Awate engaged in many battles with the British police forces. They included the battles of Afkurbaie, Abu Selel, Ubel and Mount Deblouch. At one of the battles he killed Mohamed Ali Skinge, a chief police inspector. He went on to write a letter warning the British and expressing his readiness to fight against them for Eritrea. Other major battles at which Awate participated as a leader include the battles of Abnaiet, Omal and Adal, Adarhnjer, Balagnda and Amieli. His heroic deeds and fight against aggressors was reflected in the inspirational songs chanted by the people, many of which are included in the book. 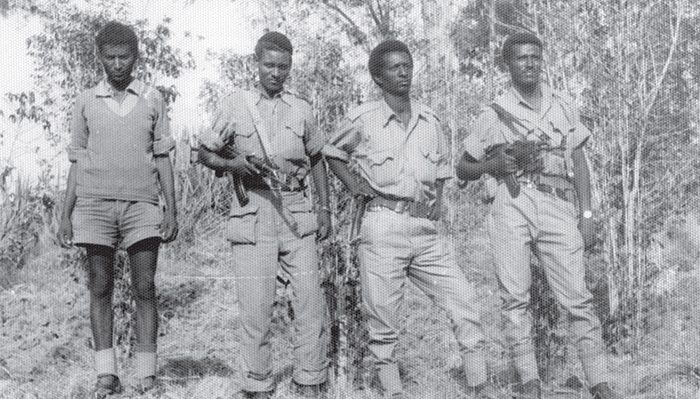 William Stubbs said that ‘history knows that it can wait for more evidence and review its older verdicts; it offers an endless series of courts of appeal, and is ever ready to reopen closed cases’. The book ‘Hamid Idris Awate 1915-1962’ provides a lot of information and evidence to clarify the distorted history of Awate. The book cleanses the erroneous discourse and exposes much of the distorted history of Hamid Idris Awate and Eritrea. He was honest, magnanimous, a man of few words, a visionary, courageous, and charismatic. Awate was honest, magnanimous, visionary, courageous, charismatic and a man of few words, and he was a model for his companions and the general public.

When the United Nations commissioner Edwardo Anze Matienzio arrived in Asmara to implement the federation, the British administration declared a general amnesty in 1951. The peace-loving Awate surrendered after a long deliberation with the British administration and returned to peaceful civilian life. However, when the British failed to provide security to the Eritrean people during the subsequent years, he rebelled again to protect his people.

‘Hamid Idris Awate 1915-1962’ tells us that Awate was multilingual and had a command of almost all Eritrean languages as well as Italian. Colonel David Cracknel, the British commander of the police forces in Eritrea, described his as follows: “He is going to be a hard nut to crack and undoubtedly he was a staunch supporter of Ibrahim Sultan.’

Haileslasie Weldu’s book on Hamid Idris Awate reveals the history that led to the beginning of the armed struggle. It documents Awate’s hunger for independence and justice, and describes how he and his companions received support from the people. The book is an important contribution to our understanding of the beginnings of the Eritrean armed struggle. The author gives readers new insights by resurrecting the true history of Hamid Idris Awate. ‘Hamid Idris Awate 1951-1962’ is a must read book and HDRI publishers must facilitate its translation into Eritrean and international languages to serve a much larger readership.