Straightening the facts about Logo. . . 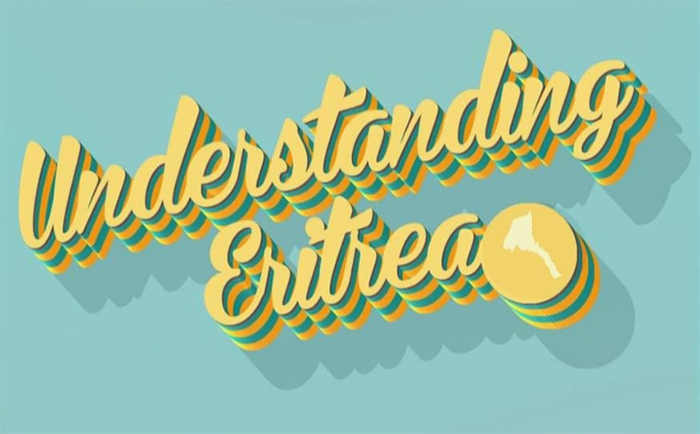 In Eritrea, the Logo and Misilam dams are not the first dams to be ever built. Besides, as explained in the previous edition of #UnderstandingEritrea, water conservation in line with the fight against desertification, is regarded highly by the Government and People of Eritrea –the construction of large dams is no news in the country. With a volume of 330 million cubic meters, Kerkebet Dam could be one example.

The construction of Logo and Misilam dams, however, was aimed at more than just conserving “every drop of water”. It was aimed at serving as a multifaceted project for other similar schemes around the country. The aligned programs included in the bigger project are the real change-makers. The list is long and we will elaborate on them in coming chapters, but they include: introduction of modern agriculture, modern animal husbandry, youth empowerment and provision of basic social services, amongst others. 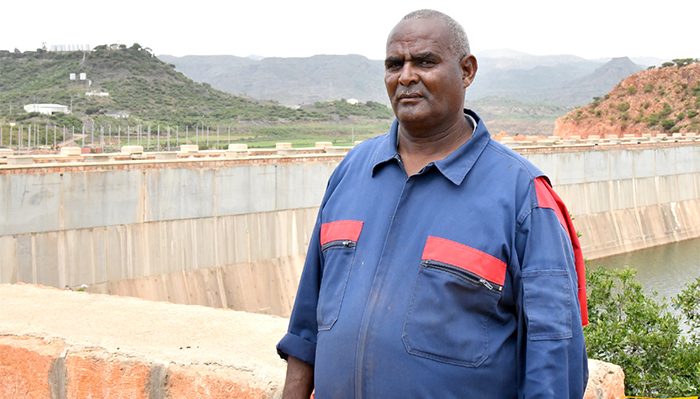 When we first set out to work on the series of articles for #UnderstandingEritrea, our first stop was at EMIC, the Eritrean Mapping and Information Center. The EMIC is responsible for the survey, data gathering, and processing of most designated projects across the country. During our visit, we met several engineers, skilled and experienced, who were able to clearly and articulately explain to us how the organization operates on several national development plans – including the Logo and Misilam dams.

In a matter of few seconds, the office made some arrangements for us, the journalists, to move to another office. We drove for a few minutes until we parked next to a beautiful old villa in 175-5 St. There, we were welcomed by Engineer Kidane Berhane. According to his explanation, the construction of all dams, including that of Logo, were based on a solid foundation of professionalism, dedication, and enthusiasm of hundreds of Eritrean professionals and experts. Speaking of Logo Dam, Eng. Kidane pointed out that it fulfilled all standard procedural requirements and criteria before its construction in 2014.

The concept plan for Logo Dam was drafted by EMIC. Afterwards, a technical survey was also conducted. Subsequently, more Eritrean professionals and experts, with years of experience, joined for the geophysical works, followed by Eritrean geologists who passed the work down to Eritrean geotechnical personnel, whom in turn delivered their work to Eritrean structural designers. Finally, the sum of a coordinated works of many Eritrean professionals started taking shape on the ground under the tutelage of Logo Dam’s construction management body. All were professionals, experts, highly-educated, competent, and possessed great experience. 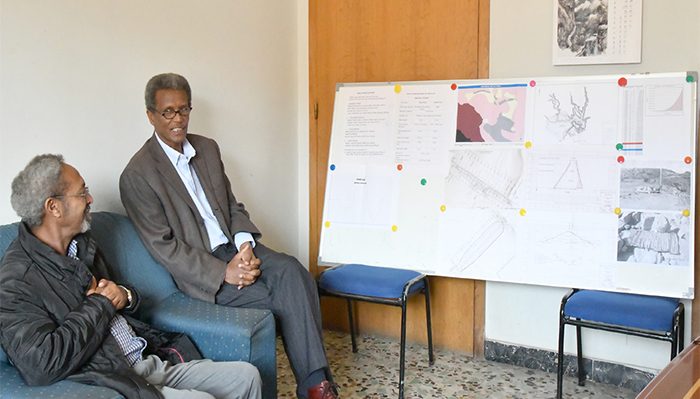 While drafting the construction of this 32 million cubic meter dam, Eng. Kidane’s office took many factors into consideration. The involvement and teamwork of professionals helped increase diversity of thought and creative solutions, thus making the crafting of the plan more effective and of a higher standard. Cost, energy, raw materials on site, geographical structure, water basins, and types of sediments that could flow to the dam, along with various other factors, were also reflected upon.

In layman words, Logo Dam is a combination of two structural dams: the main and the saddle dam. The main dam is constructed by rock and concrete blending, and, at its two extremes, concrete membranes were put in place. Prior to and during its constriction, rigorous grouting was conducted in order to verify the presence of cracks deep in the ground. Subsequently, cracks were efficiently sealed through pressure drilling.

The earth dam needed to be large. It has a wide base made of compacted soil. For this dam, geo-tech had to be incorporated with a cushion of mesh and at the end, to prevent possible erosion; a layer of riprap stone was suitably positioned.

Does the dam suffer from leakage? “No”, according to Eng. Kidane. The dam was constructed according to the highest standards and it is durable. Its estimated service age is about one hundred years. That being said, Eng. Kidane goes on to elaborate that water is supposed to leak regardless. Yes, dams can be constructed without drainage lines. In this case, drainage lines were put in place to avoid
possible pressure on the dam body caused by water uplifting. So, the dam was actually made with “leakage” lines.

After a simple explanation from Eng. Kidane, which proved the feasibility of the plan, our team, headed south out of Asmara and went to the actual site of Logo Dam. We met Mr. Salih Ahmedin. Better known for his nick name, Wedi Ahmedin, he is the Construction Manager of Logo Dam. Unlike the people we met in the offices, Wedi Ahmedin wore field overall garments. He looked as if he had just emerged from work to meet us. 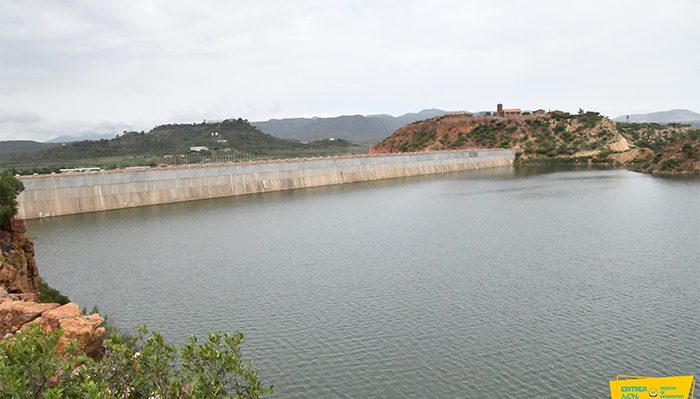 Wedi Ahmedin told us that the energy and workload vested in the construction of Logo Dam was certainly not easy. People worked for more than twelve hours a day as the construction started in April 2014, a few months before the rainy season. For this reason, they had to work extra to avoid summer flooding. After receiving the feasibility study from EMIC, Wedi Ahmedin and his people sprinted into building Logo Dam on the ground.

Thousands of people, villagers and professionals, came together in a non-stop windmill of construction for 14 months. Six thousand quintals of cement was versed in the blending each night, more than five concrete pump machines operated nonstop for twenty-four hours, every couple of hours throughout the day ten to twenty lorries dispensed sand, at the same time, in the excavated area designated for the dam, while one hundred dump trucks versed loads of stone to be laid out every day.

When the dam reached its 10 meters height, the introduction of concrete panels was proposed, tested and efficiently put into place. Such installment was bi-purposed. It sped up the work, reducing one month’s work to one week, while at the same time, lessening workload on the labor force.

But still, in early summer 2014, rivers did stream in the pit for Logo Dam. Therefore, the labor force was engaged in pumping water out while continuing with construction.

Everyone involved had to work under pressure for many hours a day. A large number of heavy machinery and labor force was deployed in assembling the dam. And when finally the dam was constructed, all of the people involved took a breather for the first time in fourteen months, explains Wedi Ahmedin.

Wasn’t it hard? It was but “we had a vision” says Wedi Ahmedin. Prior to the construction of the dam inhabitants of the villages in its environs had to pay 100 Nakfa and more for a barrel of potable water.

Now they have running water in their villages. Moreover, farmers in the area have been able to plant more than 5000 fruit trees, something that was unheard of before. More social services have been put in place as part and parcel of the Logo Dam construction project, but that is for the next chapters of #UnderstandingEritrea.

My last question for Wedi Ahmedin was how he feels about being part of such a monumental and positive development plan. He told me that he feels proud at having contributed to a project that is bringing about amazing social changes to so many communities. He add, “ we [he along with his thousands of companions] made history, again”.

And while all of these valiant nationals were giving their best to a multi-faceted developmental project, guess who showed up constantly to show support? The President of Eritrea. He, according to many people who worked there, came often to encourage thousands of people who worked even at night with the help of floodlights. Engineers, construction professionals, machinery operators, masons… the real change-makers.