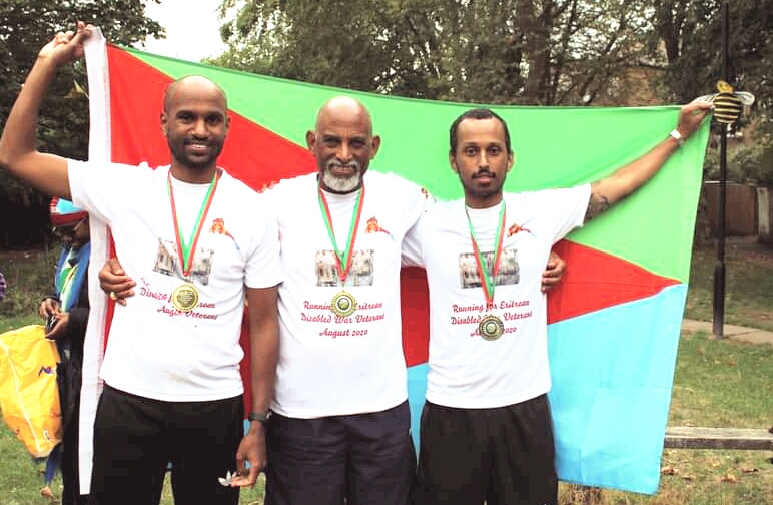 Asmara, 17 September 2020 – Nationals residing in the UK contributed financial support with a bid to augment Martyrs Trust Fund as well as the success of the National War Disabled Veterans Association program.

According to the report from the Embassy of Eritrea in the UK and Northern Ireland, nationals in residing in London contributed 12 thousand 889 Pound and nationals in Birmingham contributed 5 thousand 25 pounds to augment the Martyrs Trust Fund.

In related news, a running race that was organized as “Running for Eritrean War Disabled Veterans” was conducted on Saturday, 29 August in the streets of London. The objective of the running race that was organized by a 68-year-old Eritrean father and two sons in the UK was to raise funds for the success of the programs of the National War Disabled Veterans Association, the report indicated.

Over 2 thousand 555 pounds was collected from the running race that covered 10km in the streets of London. The race was supported by the Eritrean community in West London and other interested individuals, the report added.