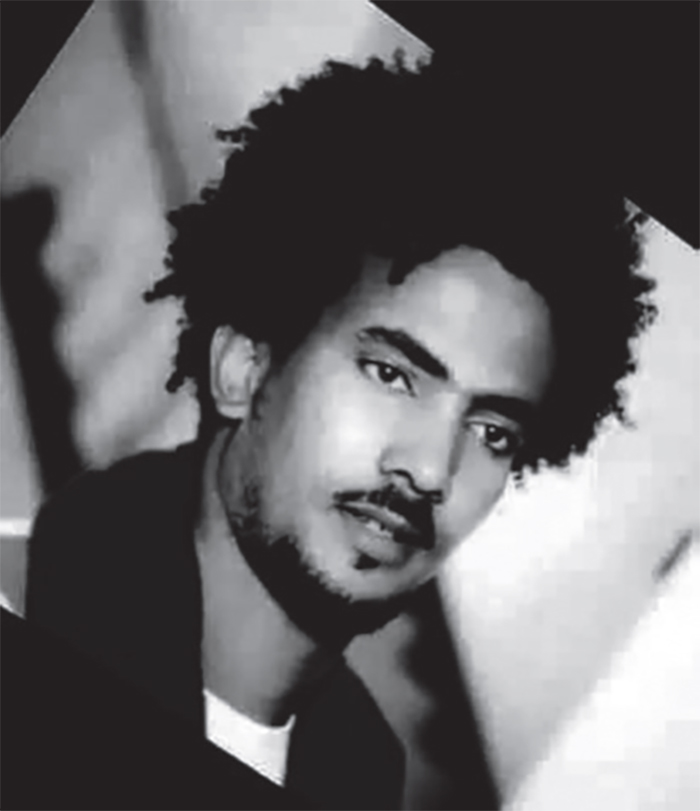 Born in 1988, Tedros Berhane is a young Eritrean actor whose name has been shining among Eritrean fans. Working his way up, Tedros has acted in many Eritrean feature films, plays and television serials. Here is a translation of an interview he conducted with Menesey, a quarterly magazine in Tigrigna, about his journey as an actor.

As a child I used to be interested in playing and working with technical paraphernalia. Before I got into art, which happened accidently, I was working as a carpenter. But I always kept up with most movies or artistic productions coming out when I was young. Still I never thought that I would become an actor. In fact, I was rather into music. 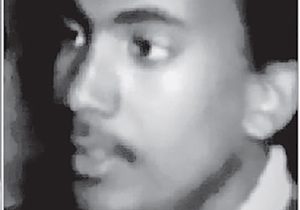 In 2008, I came across a friend of mine who was in the acting business with a script to study. I asked her about the script and how it worked. She explained to me the requirements and the way it worked, which I eventually thought was a piece of cake. I felt like I could do that and I wanted to give acting a try for the first time. Through her I met an author and director, Tsegai (aka Adi Tilyan), and we started to work on some projects that didn’t go well. Afterwards, I was able to get in touch with artists who were experienced in the art industry, and many job opportunities were opened up for me. I found the art industry to be vast and a bit challenging, especially since I got into it without any training. And working with the artists and supporting one another made it easier.

My first appearance on the stage was in 2008 at the 3rd National Youth Festival in Sawa. It was the 30th anniversary of the National Union of Eritrean Youth and Students and the graduation of the 21st round of students at Sawa, which made it more momentous. I acted in three plays written and directed by famous artists such as Fitsum Teklu, Daniel Mizura and others. The plays were televised and broadcast by radio. That got me recognition by the public. Later on, I started working as a lead actor in many plays. In 2009, I had the privilege of acting as the lead actor in movies such as Merge, Zeragito, kewta, Nugus Chaka, Silemtay, and others. Working in those movies gave me experiences as an artist.

It is true that every movie has its own challenges. For instance, we encountered many challenges in shooting Nugus Chakla (king of the jungle). Our number one caution was to be able to pass on the right message. We had to be cautious about the clarity of our language as we had to avoid passing on the wrong idea and message. We didn’t want to only represent a specific area or region which is why we tried hard to use various Tigrigna dialects. We also were running out of food while shooting. We had actors who got sick because of that. But at the end of the day with the help of the director we were able to produce the film which was one of the most successful movies. 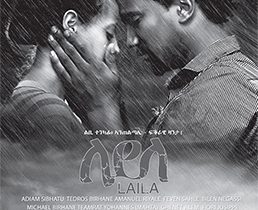 I stopped acting for quite some time. It was in 2012 that I fully got back to acting and I have worked on numerous movies since then: Leyla, Kidus, Bahgi, Afediyu …. Afedeyu was initially my idea. I have always had the idea in my head for a long time. I finally gave it to Dr. Sweet who has always encouraged me to write my own materials. Dr. Sweet broadened the idea and wrote the script. We then decided to make the movie in English and I was the lead actor in the movie. Of course, there was the language challenge I had to go through but we tried it. This movie hasn’t made it to the public yet.

I have also acted in two of television serial movies, Wey Seb Deqey and Nitab Zkri. Working on Nitab Zikri, I was shocked to see the size of the scripts; it was a whole bag. It is a movie about the heroism of our fore fathers, our history, and to finally be able to go through all the challenges and deliver the message to the public is just amazing.

Being an actor isn’t as easy as it looks. There are many requirements that need to be met. Most of all, one has to love the profession and be committed. An actor needs to be hard working and represent well the character they are given.

I admire all Eritrean actors. I can name many — Ftsum Teklu, Aman Badsha, Simon Men Ketebo and many others are some of the great artists, I believe. But I have special regard for Samsom Tekie. Movies I would never get tired of watching are Barud 77, Eta Ade, Tsinat, Afro, Azmarino and Telime Diye.

Art is a profession that has a great value, if and only if you work hard on it. I hope there comes a time when we can achieve greatly in the art industry. I would like to remind the youth to have a goal and keep working hard.