Call for proper preservation and maintenance of historic buildings 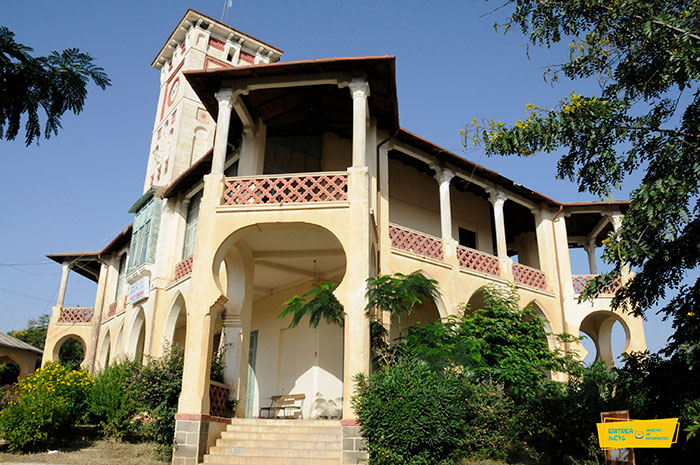 Keren, 29 September 2020 – The head of the Culture and Sports branch in Anseba Region, Mr. Siraj Haj called on the public to strengthen endeavors to properly preserve and maintain historic buildings in Keren city. Mr. Siraj made the call at a meeting conducted in Keren city on 25 September with the view to assess the process of research and documentation of ancient buildings in the city.

At the meeting in which professional members of Anseba Region construction development, members of the Commission of Culture and Sports, municipality of Keren, National Cartography and Information Center as well as Asmara Heritage Project took part, it was stated that the process of research and documentation of ancient buildings has been underway for the last 1 year and 7 months and that consultation has been made with concerned government institutions on the process of data gathering.

Since the research is aimed at preparing a long-lasting project, Mr. Tekeste Asgedom, head of Anseba Region construction development said that effort has been made to conduct realistic, far-reaching, and factual research and documentation and reminded participants to give utmost focus to the process.

Speaking at the meeting, Eng. Zeregaber Hidray, head of urban planning and housing branch at the Anseba region construction Development indicated that strong monitoring and control of ancient buildings are being conducted.

The participants of the meeting adopted a number of resolutions and recommendations and expressed determination to redouble endeavor towards effective preservation and maintenance of ancient buildings and relics.

At a concluding speech, Ambassador Abdela Musa, Governor of the Anseba Region underlined the responsibility of every citizen in the preservation and maintenance of national heritages as well as the significant role of scientific research and data collection activity to that end.