Pre-recorded Message delivered by Foreign Minister Osman Saleh on behalf of the President of the State of Eritrea, H.E. Mr. Isaias Afwerki, at the 75th session of the United Nations General Assembly 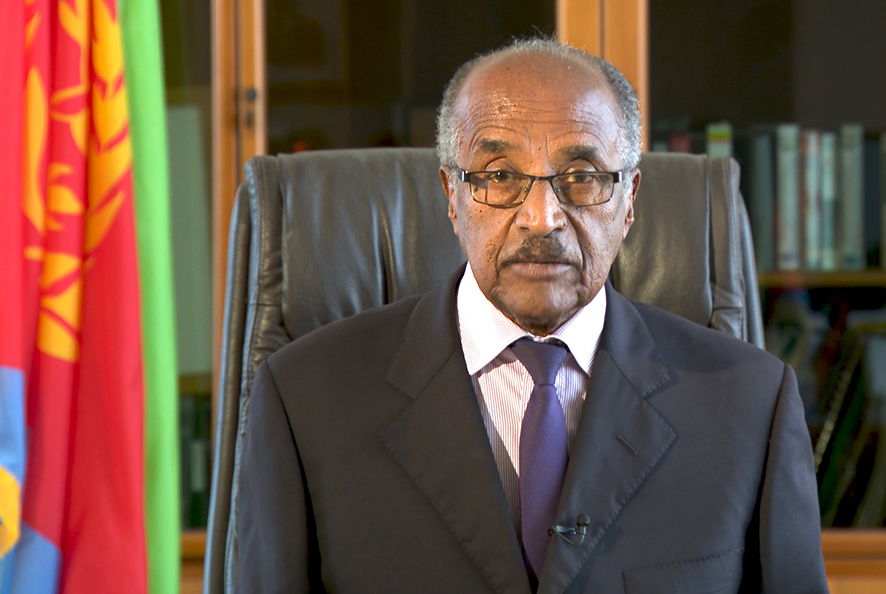 I have the honour to deliver this speech on behalf of the President of the State of Eritrea, H.E. Mr. Isaias Afwerki.

The UN General Assembly is taking place this year at a critical juncture when the world is at a cross-roads on account of the vicious COVID-19 global pandemic that has inculcated an immense loss of life so far.

As it may be recalled, I had underlined the following salient points in my message to the UN General Assembly last year.

In as far as global trends is concerned, I had stated, and I quote, “the world is on the cusp of a new world order. All vital parameters indicate that the unipolar world order has come to an end or is in its twilight years. The economic power balance is inexorably changing, with a spike in attendant intense rivalries and upheavals”. 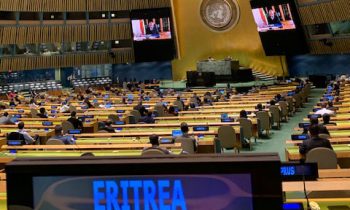 In regard to Africa, my remarks were, and I quote, “Africa’s lot over the past quarter of a century has been onerous. Africa’s resources were plundered wantonly. Despite hollow phrases of ‘conflict prevention’ and ‘conflict resolution’, wars and upheavals continue to increase and fester. Almost 1 billion Africans remain marginalized through the collusion of external predators, their local surrogates and corrupt special-interest entities. This tragic reality requires utmost and urgent attention for effective remedies”.

In terms of the situation in our neighbourhood – namely the Horn of Africa and Red Sea Region – the salient points underlined in my message of last year were: and I quote: “the two regions have been immensely and inordinately afflicted in the past 25 years by externally instigated, intractable, internecine ethnic and clan conflicts, as well as discord and wars among neighbouring countries. …. This grim reality is in stark contrast to the promising events and hopes engendered in the early 1990s for regional integration. Here again, a large part of the blame falls on corrupt local actors”.
Distinguished Participants,

As we mull over current realities this year, what are the new, promising, tidings that we can invoke apart from the earnest pleas and petitions for higher efficacy that are emphasized solemnly almost every year.
Alas, what is new in our world this year is the depressing calamity; the huge loss of life that COVID-19 has and continues to incur globally.

And albeit its agonizing dimensions, the Pandemic has starkly exposed the structural flaws and deficiencies of the prevailing, precarious, economic and security “global order”. It has debunked the spurious explanations and narratives peddled in the past to embellish and rationalize a largely dysfunctional global order. Indeed, in a rather perverted sense, the Pandemic constitutes a wake-up call; a costly reminder for us to mend our ways.

The pursuit and ideals of enduring global peace, stability and prosperity are squarely predicated, and can only flourish, on the edifice of a robust global organization that can measure up to all these challenges. This indelible fact is more evident than ever before. In the event, allow me to renew our call for the strengthening and revamping of the marginalized UN system whose authority and efficacy have been corroded in the past decades.