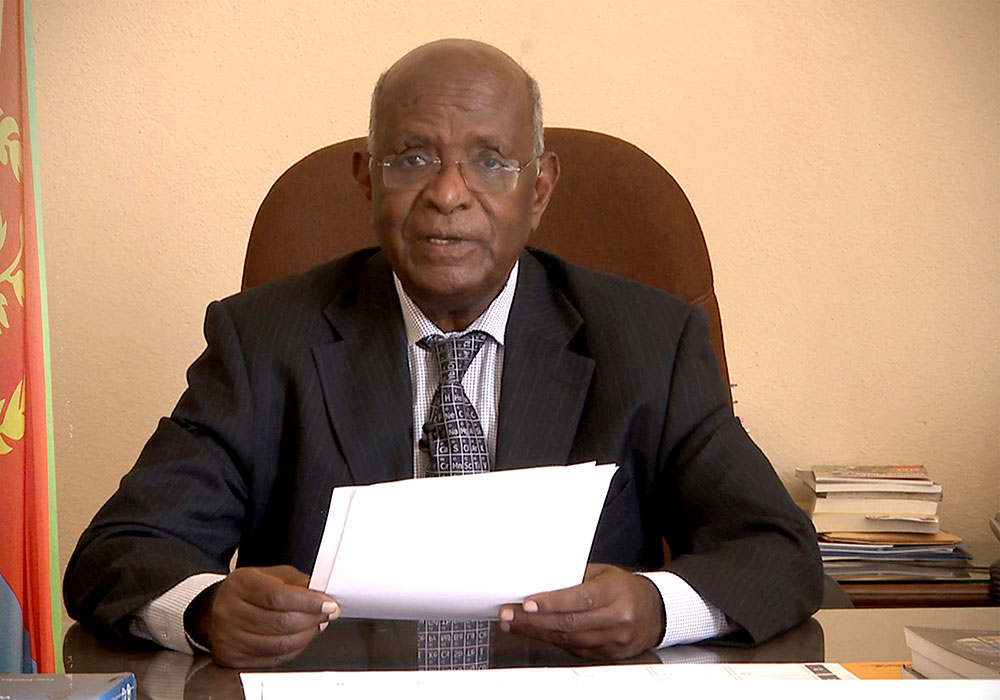 STATEMENT BY H.E.MR. TESFAI GHEBRESELASSIE, MINISTER OF LAND, WATER AND ENVIROMENT OF THE STATE OF ERITREA DURING THE BIODIVERSITY SUMMIT
NEW YORK, 30 SEPTEMBER 2020

I have the honour to address this gathering.

Three decades after the Convention on Biodiversity came into effect; there is more global awareness about our dependence on a well-functioning biodiversity, the negative consequences of human action on the ecosystem, and the necessity of international cooperation to avert a likely crisis. However, our action is not commensurate with the immense challenge that we are facing.

Global warming and pollution continue unabated triggering climate crisis that upsets among others, species distribution, phenology, population dynamics and community structure. Species and their habitats are lost because of heedless exploitation of natural resources.

Damage to the ecosystem is an existential threat. The COVID-19 pandemic and the destruction of biodiversity are not unrelated. It is a stark reminder of how the distraction of an ecosystem is causing greater interaction between humans and animals. It showed how feeble we humans are in the face of a pathogen.

Biodiversity is our barricade from novel diseases!

The chances for humanity to succeed in maintaining environmental integrity conducive to life will depend on a strong political will of all countries, without exception, to act promptly in unison, as well as on a more meaningful technological and financial cooperation between the developed and developing countries. 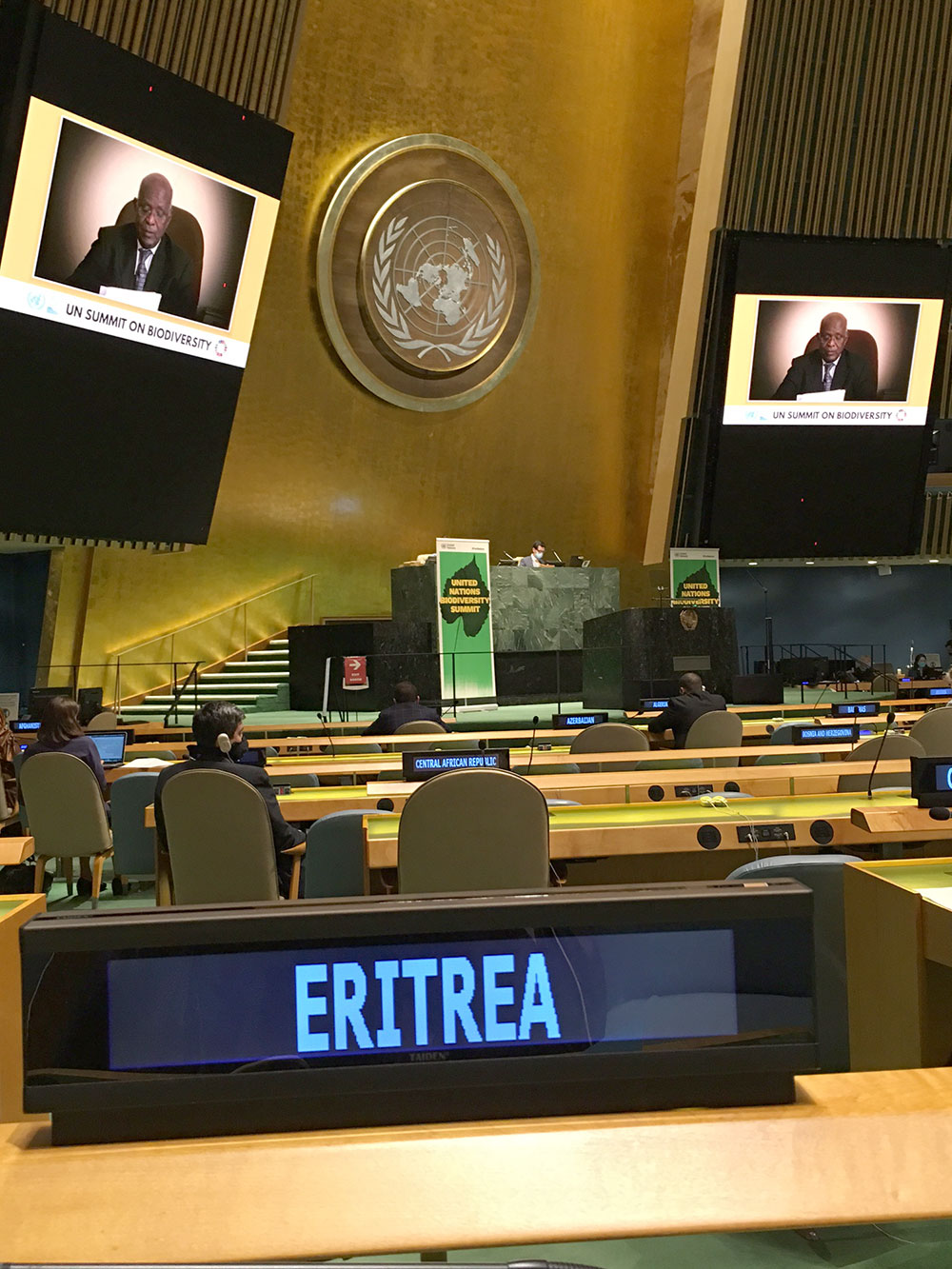 With this strong conviction, Eritrea welcomes the Leaders’ Pledge to Nature that it has also endorsed.
On our part, we have been striving, with modest progress, to curb the ecological problems that pose threat to the life and socio-economic progress of our citizens.

The government of Eritrea has put in place an integrated environmental management program to ensure, by 2040, that the natural environment is stable and capable of meeting the needs and well-being of its citizens. To this end, ongoing undertakings of biodiversity protection and enhancement (including soil and water conservation, afforestation and reforestation, establishment and expansion of terrestrial and marine protection areas, as well as sustainable use of the same) will be scaled up through wider community participation, more investment and tackling regulatory framework gaps and enforcement  weaknesses.

In conclusion, I would like to draw the attention of this important gathering to the precarious condition of an abandoned oil tanker moored in the Red Sea waters near the Yemeni port of Al Hudaydha. Eritrea calls for a united stand to urge the concerned Yemenis political forces to cooperate in the safe unloading of the tanker, in order to preclude marine ecological catastrophe and socioeconomic damage that could result by spill dispersion of over one million barrels of crude oil from the tanker into the waters of southern Red Sea.

The Summit comes at a critical time. A lesson from the crippling effect of COVID-19 pandemic, of how ill prepared humans are for a global crisis, should compel every state to rise above narrow and immediate political and economic gains to protect the biodiversity of our planet and safeguard lives and livelihoods of present and future generations. We can, and we should prepare before the next crises hits.

I thank you, Mr. President