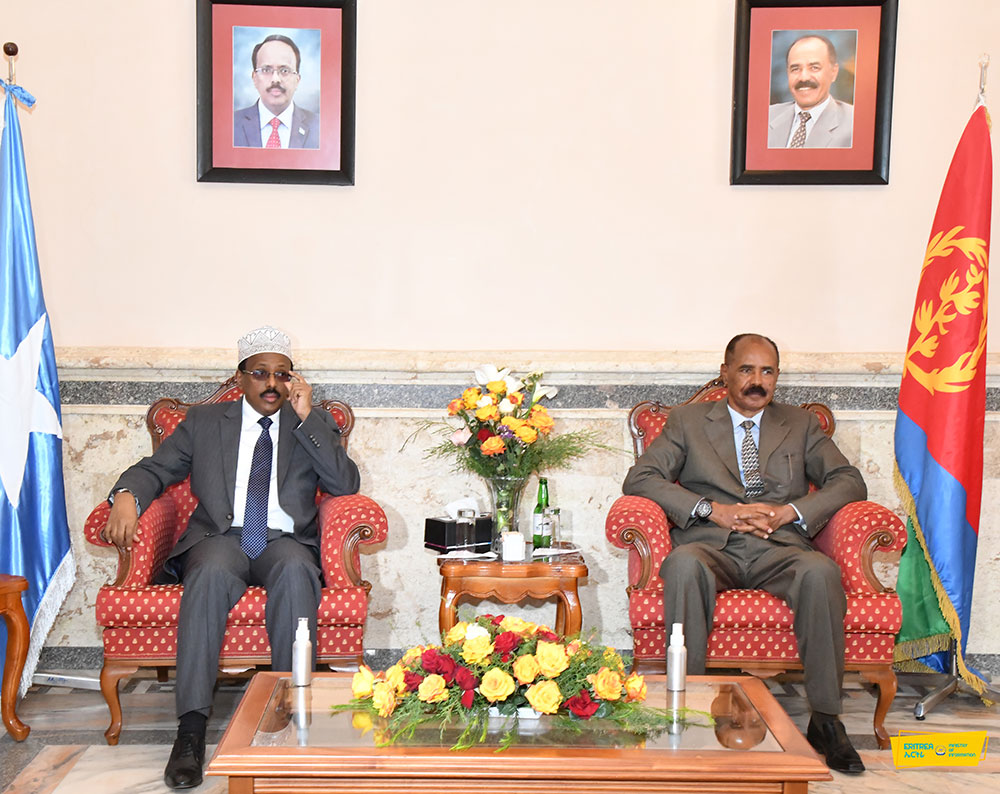 Asmara, 05 October 2020 – President of the Federal Republic of Somalia, Mr. Mohammed Abdullahi Mohammed and his delegation flew back home in the afternoon hours of today, 05 October concluding a fruitful two-day working visit to Eritrea.

The two leaders further agreed to re-double ongoing efforts for regional integration on the basis of the Tri-Partite Agreement signed subsequently between Eritrea, Ethiopia, and Somalia.

President Mohammed A. Mohammed of Somalia arrives in Asmara