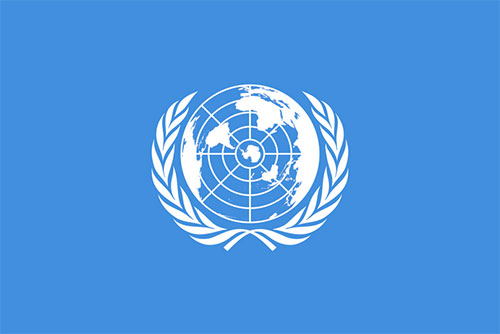 Recently, the United Nations (UN) gathered for its annual general assembly meeting– virtually. Due to the COVID-19 global pandemic, national leaders did not travel to the UN, located in New York, to deliver their addresses, instead doing so via prerecorded video messages. As well, most of the usual events and proceedings related to the annual gathering were held virtually. In addition to the challenges posed by the COVID-19 pandemic and widespread economic disruption, this is a unique year for the global organization: 2020 marks 75 years since it was formed. This important occasion is an ideal time and useful opportunity to take a closer look at the UN. In the following article, I review the UN’s general history, briefly noting some of its key achievements and challenges. In the next edition of Eritrea Profile, I will discuss the UN’s historic relations with Eritrea.

The term “United Nations” was originally coined and first used by the American President Franklin D. Roosevelt in the Declaration by United Nations dated 1 January 1942. The Declaration was formed in the midst of World War 2, as the representatives of 26 different nations pledged their Governments to continue fighting together against the Axis Powers (Germany, Italy, and Japan). Several years later, in 1945, representatives of 50 countries met in San Francisco at the United Nations Conference on International Organization in order to develop the UN Charter. The deliberations were guided by the framework and proposals that had been formulated by the representatives of China, the Soviet Union, the United Kingdom, and the United States throughout the previous year. Subsequently, the UN Charter was signed on 26 June 1945 by the representatives of the 50 countries. (Poland, which was not represented at the Conference, signed it later and became one of the original 51 member states). Finally, the UN officially came into existence on 24 October 1945, when the Charter was ratified by China, France, the Soviet Union, the United Kingdom, and the United States (representing the five permanent members of the UN Security Council [UNSC]), along with a majority of the other countries.
As contained in Article 1 of the UN Charter, the UN is guided by four main purposes: to maintain international peace and security throughout the world; to develop friendly relations among nations based on respect for the principle of equal rights and self-determination of peoples; to help nations work together to improve the lives of poor people, to conquer hunger, disease, and illiteracy, and to encourage respect for each other’s rights and freedoms; and to be a center for harmonizing the actions of nations to achieve these goals.

Since its founding three-quarters of a century ago, the UN has grown into the world’s premier multilateral body and contributed to some significant victories and successes. A brief list of these victories and successes includes: peace treaties, decolonization, a dramatic increase in access to education for both boys and girls, human rights standards, the end of apartheid in South Africa, eradication of diseases, a reduction in hunger, development of international law and landmark pacts to protect the environment, and helping to avoid a military confrontation between the major global powers. As well, while the UN initially had just 51 member states, today it has 193 (with 2 observers, Palestine and the Vatican), representing almost all of humanity.

Notably, the UN has also played a positive role in many areas that are less known, such as civil aviation and international shipping. UN agencies have been responsible for setting and monitoring standards for aviation and shipping, ultimately helping improve safety, security, and efficiency both in the skies and within the seas. The International Telecommunication Union, a specialized UN agency that was founded in 1865, has improved global telecommunication networks and services, ultimately helping to connect the world.

At the same time, however, the UN has also come in for considerable criticism over the years. For instance, while, in principle, all nations small and large, rich and poor, are to have equal voice and representation, the true power at the UN lay with UNSC, particularly with its permanent members (P5). While the P5 were the victors of World War 2 and played a key role in the UN’s formation, longstanding calls for reform have urged for the inclusion of new, emerging powers and for the representation of Africa and Latin America (both regions currently do not have a permanent seat). Indeed, it also needs a thorough consideration as to which country of which continent should be represented, because it is always fair to put the options on the table and give the countries equal chance to represent their respective continents. Besides, handpicked countries could be blinded by their own national interests and sideline the greater matter, which could clash with the core principles of the United Nations of having equal voice and representation.

The UN has also often been criticized for showing excessive deference and favoritism toward its powerful member states, as well as for lacking initiative and remaining paralyzed in the face of major conflicts in which major powers have an interest or stake. Not only has this been an outgrowth of its dependence on the funding and support of the major powers, historically the latter have tacitly agreed that, whatever their differences, they were all better off with a less independent, weaker, and more compliant UN. This general sentiment was memorably captured by Daniel Patrick Moynihan, the US Ambassador to the UN, in the 1970s: “The [US] Department of State desired that the United Nations prove utterly ineffective in whatever measures it undertook. This task was given to me, and I carried it forward with no inconsiderable success.” Finally, while a total of nine individuals have served as the UN Secretary-General, none have been women.

While this year marks a special anniversary for the UN, the world has been faced with an array of pressing issues. In addition to the unprecedented global health crisis, which has had severe health, economic, and social impacts, other immense global challenges include: biodiversity is collapsing and a global climate crisis could threaten the very existence of the planet; billions of people are still living in poverty and denied a life of dignity; gender-related inequality and violence persist; there are considerable and rising inequalities within and among countries; new threats are being posed by transformative technologies; extremism and terrorism continue to plague many regions; instability and conflict remain in many parts of the globe, and tensions are simmering between the world’s two major economies and powers, the US and China. Furthermore, public trust in traditional institutions has declined in many countries, the forces of nationalism and populism are sweeping across the globe, and global cooperation and multilateralism have been flagging.

In the end, not too dissimilar to the situation at the end of World War 2, the sheer scale, multitude, and threats of the world’s recent challenges demonstrate the vital need for the UN, multilateralism, partnership, and global cooperation. Simply, building a better world requires the active participation and contributions of all. As the UN Secretary-General, Antonio Guterres, declared in his address in this year’s meeting, “Today, we have a surplus of multilateral challenges and a deficit of multilateral solutions.., [while] no one wants a world government… we must work together to improve world governance.”