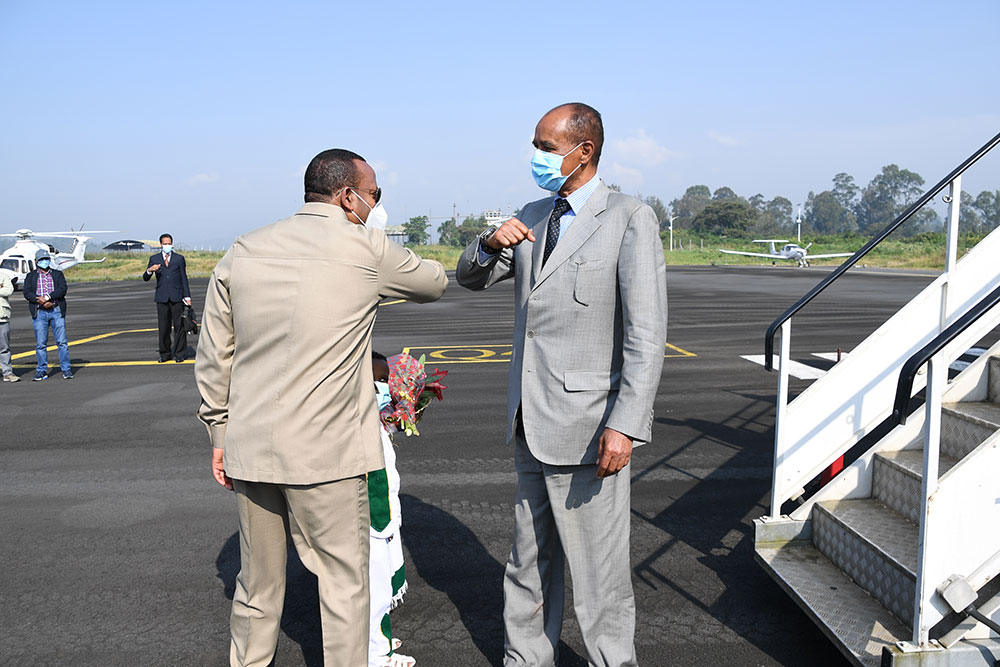 Asmara, 12 October 2020 – On the invitation of Prime Minister Abiy Ahmed, President Isaias Afwerki departed to Ethiopia this morning for a three-day working visit.

President Isaias Afwerki and his delegation were accorded a warm welcome by Prime Minister Abiy Ahmed, Foreign Minister Andargachew Gedu, and State Minister of the Ministry of Foreign Affairs Redwan Hussein, upon arrival at Jimma Abajifar Airport earlier in the day. 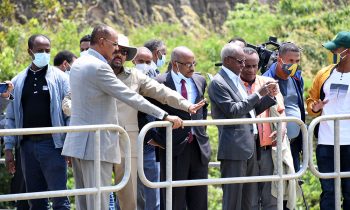 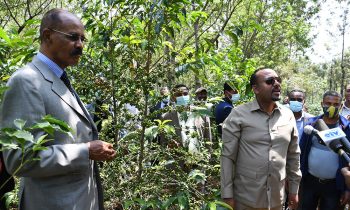 Accompanied by Prime Minister Abiy Ahmed, President Isaias and his delegation today visited Jimma University, the Hachalu Civic Center within the compound, coffee plantations, and investments in Oromia Region as well as Gibe-III and IV hydropower plants in the Southern Region.

The two Heads of State will hold extensive consultations on further enhancement of bilateral ties as well as the consolidation of regional cooperation.

As it will be recalled, Prime Minister Abiy Ahmed had paid a similar working visit to Eritrea last July.

Eritrea: Brief synopsis of policy considerations  and precepts on COVID-19

Memorial service of nationals in Diaspora

Week of Elimination of all forms of discrimination against women