Our Environment is Always Worthy of Attention 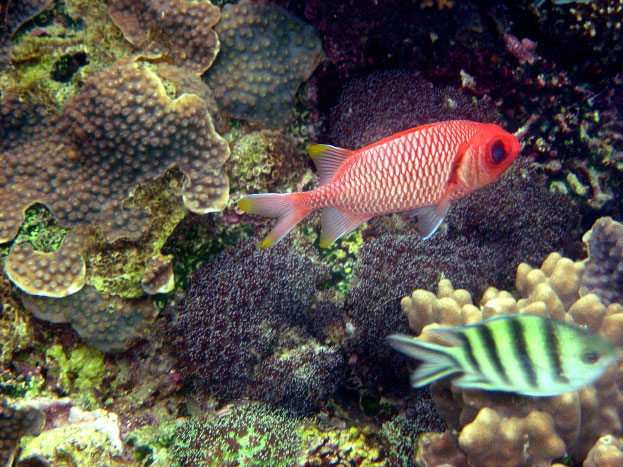 About two weeks ago, Tesfai Ghebreselassie, Eritrea’s Minister of Land, Water, and Environment delivered an address to the United Nations Summit on Biodiversity. During his statement, which was delivered through a prerecorded video message, Minister Tesfai touched upon a number of important issues, including how the ongoing COVID-19 global pandemic and the destruction of biodiversity are intricately related, the growing challenge of the global climate crisis, and the need for closer cooperation between developed and developing countries in addressing numerous environmental challenges. In addition, toward the end of his address, he stated: “In conclusion, I would like to draw the attention of this important gathering to the precarious condition of an abandoned oil tanker moored in the Red Sea waters near the Yemeni port of Al Hudaydha. Eritrea calls for a united stand to urge the concerned Yemeni political forces to cooperate in the safe unloading of the tanker, in order to preclude marine ecological catastrophe and socioeconomic damage that could result by spill dispersion of over one million barrels of crude oil from the tanker into the waters of southern Red Sea.” This issue is of fundamental significance to Eritrea for several reasons and should be put into proper context.

To begin, not only is it unfolding extremely close to home, the coastal areas are some of Eritrea’s most unique, richly diverse, and important regions. Although the country is not the largest in terms of geographic area, it does contain a wide range of ecosystem types. One of the most important is the coastal marine and island ecosystems of the Red Sea. Eritrea’s northeastern and eastern areas have an extensive coastline spanning approximately 1,900 km along the Red Sea directly across from Saudi Arabia and Yemen. In fact, the country’s coastline is one of the longest in all of Africa, behind only Madagascar, Somalia, South Africa, Mozambique, and Egypt. Moreover, Eritrea has well over 350 islands of varying sizes, most of them concentrated in the Dahlak archipelago, east of Massawa. (The largest of the islands is Dahlak Kebir). The waters off Eritrea contain over 1,100 fish species and 44 genera of hard coral, resulting in one of the highest recorded levels of endemism and species diversity for a water body. Remarkably, around 18 percent of fish species and 20 percent of coral species are reported to be endemic to these waters. Of course, the coastal region is also home to a large number of Eritreans, a vital source of livelihood for many, of considerable and growing socioeconomic importance, and host to Eritrea’s two main ports, Massawa and Assab.

Second, the risks and dangers posed by the aging oil tanker can only be regarded as clear, very serious, and worthy of continued close attention. Built-in the 1970s, the rusting, decaying vessel is loaded with more than a million barrels of crude oil (approximately 1.1 million barrels) and has had virtually no maintenance for over five years due to the ongoing conflict. Both officials from the United Nations and a slew of experts have warned of a potential humanitarian, environmental, and economic catastrophe in the region if the tanker should leak, rupture, or explode. 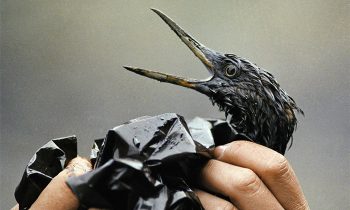 Last August, the UN Secretary-General, António Guterres, warned that the fallout from a tanker spill or oil slick could “severely harm Red Sea ecosystems relied on by 30 million people across the region,” while the ship, which is basically a ticking time bomb in the middle of a conflict zone, also threatens one of the world’s busiest and most strategic international shipping routes. According to some estimates, the Red Sea ecology would need over 30 years to recover from the ensuing dire consequences of a massive oil spill. For a sobering comparison, fears have been raised that the tanker could lead to an environmental disaster in the Red Sea four times greater than the Exxon Valdez oil spill. The 1989 Exxon Valdez disaster was one of the largest oil spills in US history, with the large tanker spilling nearly 300,000 barrels of toxic crude oil, polluting hundreds of miles of shoreline, devastating local ecosystems, and destroying the livelihoods of many engaged in the local fishing sector.

Thus, within the overall context described in the preceding paragraphs, Minister Tesfai’s comments and appeals seem more than reasonable and well-placed.

As a final point, it is worth recalling that concern and regard for the local and surrounding natural environment is not a passing fad or recent trend in Eritrea. Rather, the environment has always been a critical topic for Eritrea. For instance, the National Charter (1994) states, “We are committed to economic growth but in conjunction with social justice and the protection of the natural environment”. Additionally, Eritrea is party to numerous environment-related international agreements, including, inter alia, the following: Convention on International Trade in Endangered Species of Wild Fauna and Flora (acceded 22 January 1995); United Nations Framework Convention on Climate Change, 1992 (acceded 24 April 1995); Convention on Biological Diversity (approved 21 March 1996); United Nations Convention to Combat Desertification in those Countries Experiencing Serious Drought and/or Desertification, Particularly in Africa, 1994 (signed 14 October 1994 and ratified 14 August 1996); World Heritage Convention, 1972 (accepted 24 October 2001); Stockholm Convention on Persistent Organic Pollutants, 2001 (acceded 10 March 2005); Cartagena Protocol on Biosafety to the Convention on Biological Diversity, 2000 (acceded 10 March 2005); Kyoto Protocol to the United Nations Framework Convention on Climate Change, 1997 (acceded 28 July 2005); Paris Agreement, 2015 (signed 22 April 2016); Doha Amendment to the Kyoto Protocol, 2012 (accepted 3 May 2018); Nagoya Protocol on Access to Genetic Resources and the Fair and Equitable Sharing of Benefits Arising from their Utilization to the Convention on Biological Diversity, 2010 (acceded 13 March 2019).

In addition to these important commitments, environmental activities have been a fundamental plank of development programs and national policies in the country. For example, tree planting and terracing campaigns are regularly conducted across the country to address land degradation and deforestation, while during the early 2000s, Eritrea banned the production, importation, sale, or distribution of plastic bags, making it one of the first countries in all of Africa, and one of the few in the world, to do so. Furthermore, the Eritrean People’s Liberation Front and then the Eritrean Government banned the hunting and trapping of wild animals and the cutting of live trees, declared areas of the Red Sea coast as protected marine reserves and set aside large parts of the country as protected national parks and conservatory areas.

Eritrea: Overview of its National Curriculum