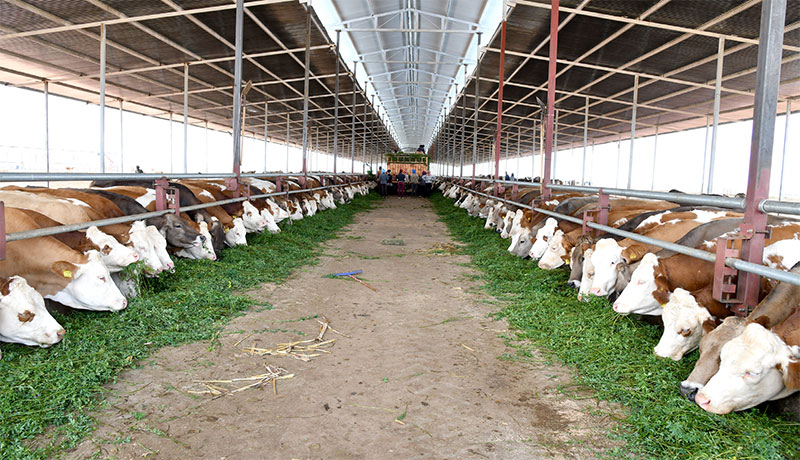 The Eritrean Livestock and Crops Corporation has for long carried out several projects to empower dairy farmers and boost milk production in the country. One of their recent endeavors as part of the Logo-Misilam Development Pilot Project is related to modern dairy farming in Halhale, Southern region.

The project began towards the end of 2017 with 600 livestock of three breeds — Brown Swiss, Holstein and Fleckvieh — imported from Germany. Mr. Kibreab Abraham, manager of the Eritrean Livestock and Crops Corporation, said instead of handing out the imported heifers to farmers, their corporation wanted to first multiply the number of calves by hundreds and then diffuse the breed to dairy farmers in all parts of the country.

The project is manned by graduates from the college of agriculture and other vocational schools. Mr. Kibreab is so appreciative of their efforts and skills that he said their expertise has helped the corporation in delivering an efficient service.

The project, which started with 600 imported cattle, has now grown to more than four thousand cows, oxen, heifers and calves. The veterinaries said there were some challenges in catering to the cattle at the beginning of the process, but the calves born here, in Eritrea, have adapted better to the local climate.

To make the milk production efficient a modern milk processing plant, with an underground storage for milk and computerized milking and monitoring facility, has been set up. 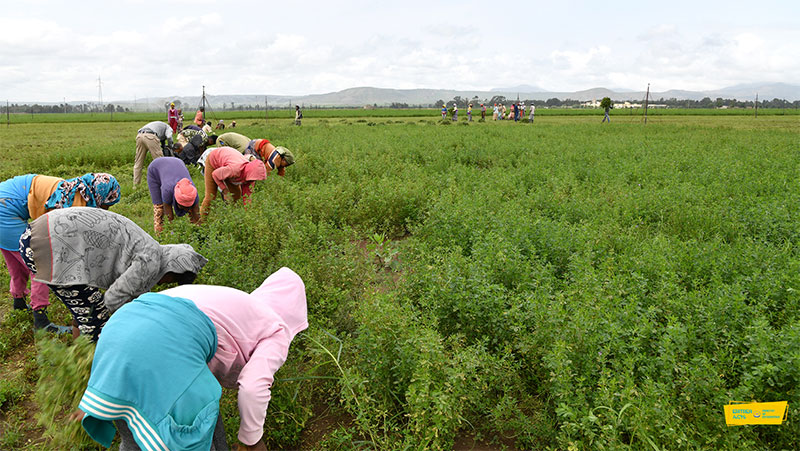 An animal feed processing plant is under construction and will use as its main input excess animal feed from the vast farm lands that sustain the cattle at the Halhale farm. Many farmers in surrounding villages work at the dairy farm in the morning and get a monthly salary of 500 Nakfa and 45 kilos of cereals. They are also given awareness raising training programs as part of the project’s goal to modernize farming. Mr. Kibreab saw this as an employment and learning opportunity for villagers who like to take part in the project. He said that the employees are contributing a great deal to the preservation of nature surrounding their villages while at the same time learning bits and pieces about modern dairy farming. 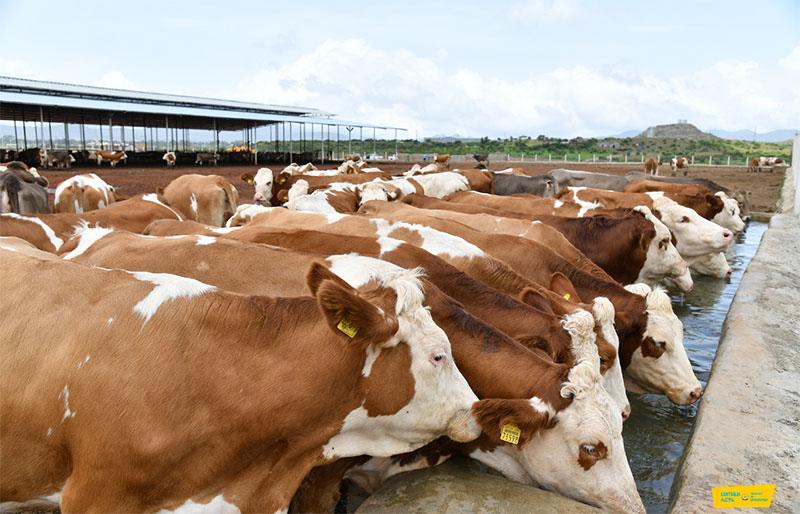 The ultimate vision of the Eritrean Government, Mr. Kibreab said, is to make milk and milk products available to each and every Eritrean child at the lowest price. Considering the success of the project at Halhale, bullocks are now being given out to dairy farmers, who are expected to gradually substitute their local breed with the new breed to increase their milk production. “The number of dairy farmers is outstanding,” said Mr. Kibreab and added that the dairy farm at Halhale will be replicated in other parts of the country where there are water dams.