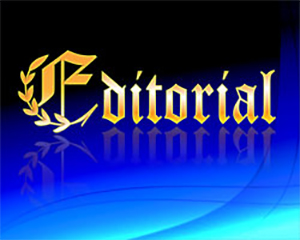 Earlier this month, the European Parliament adopted a resolution condemning human rights in Eritrea. The outlandish tone and content of the intrusive and vitriolic resolution betray apparent frustration stemming from the utter failure of the destabilization policies that the EP has pursued in the past 20 years. Several points are well in order.

First off, the allegations raised by the European Parliament are utterly false and land far wide of the mark. As just one example, allegations about the seizure of “Catholic-affiliated schools and health facilities, thus negatively affecting the health and education rights of the population,” greatly distort the policies and delivery of health and education programs in Eritrea, and, fail to stand the scrutiny of statistical figures available in the public domain.

Second, the European Parliament’s recent resolution is cynical and extremely hypocritical. For one, many of the EP Member States condemning Eritrea in a condescending, arrogant, manner are hardly paragons of virtue. To provide several brief examples: the political groups that sponsored the resolution are embroiled in and grappling with domestic realities and tendencies of appalling extremism, racism, xenophobia, and anti-immigrant sentiment; a dramatic rise in far-right ideologies and interventionist foreign policies that have plunged many parts of Africa and the Middle East into chaos and destruction under the guise of human rights.

It would be remiss to fail to point out that for decades most of the European Parliament Member States were at best silent and at worst complicit as the human rights of Eritreans were violated and trampled upon by a succession of neighboring regimes. For instance, from 1950 to 1991, not once did Eritrea, the scene of Africa’s longest war, and victim of some of the grossest violations of human rights, figure on the agenda of the EU and other international institutions where major EP member States enjoyed pivotal diplomatic clout.

After Eritrea’s independence, and the subsequent border war, the international community, including the European Parliament, overlooked, if not actively supported, the illegal military occupation of large swathes of sovereign Eritrean territory and the unrelenting aggression that Eritrea was subjected to by the previous TPLF-dominated Ethiopian regime. The historical record is clear in showing just how substantial European states’ support – financial, political, and diplomatic – was to the TPLF regime. This was, of course, despite the fact that the TPLF regime was flagrantly violating international law and that the European Union was one of the principal guarantors of the Algiers Peace Agreement, which ended the 1998-2000 Eritrea-Ethiopia war. Throughout those many years of conflict and suffering for the Eritrean people, the European Parliament did not adopt a single resolution to deter war and promote peace.

Within this context and backdrop, the European Parliament’s accusations about the supposed “lack of dividends” from the recent Eritrea-Ethiopia Peace Agreement or national service – extended due to the long period of “no war, no peace” and the TPLF regime’s illegal military occupation of Eritrea – are cynical and disingenuous.

To add salt to the wound, many European Parliament Member States also supported illegal sanctions against Eritrea, in the process unjustly harming Eritrea and its population. Even today, many of the Member States unjustly condemning Eritrea have supported and worked with different individuals and subversive groups whose main goal is destabilization, regime change, and ultimately, rolling back Eritrea’s hard-won independence and sovereignty. These latter elements have politicized and “weaponized” human rights issues for their own personal benefits and agendas.

Human rights are not simply an ideological exercise for Eritrea. It is indeed a country that emerged out of a long, difficult struggle for human and national rights. As such, non-discrimination, equality, inclusion, peace, justice, freedom, and ensuring respect for human rights and human dignity are key and innate values underpinning Eritrean society. 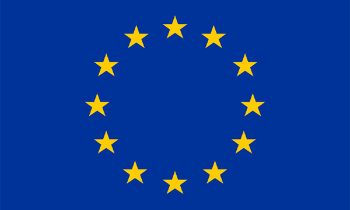 Despite difficult circumstances and numerous challenges, the objective, undeniable fact is that since its independence the country has made significant strides in many areas. To briefly note, it has improved educational and health services, which have helped increase school enrolments and literacy, improved life expectancy, reduced maternal and child mortality, and successfully combated various diseases (such as polio, malaria, measles, TB, and HIV, among others). It has also made progress in realizing the right to development and providing basic social services (such as water, housing, and electricity), promoted equality and tolerance, greatly reduced various forms of violence and discrimination, increased agricultural productivity and food security, reduced poverty, and developed much infrastructure. As well, government efforts, such as social safety nets, household income supplementation packages, microfinance, and programs for women’s empowerment and education, have broadened the spectrum of rights to be enjoyed by all.

Importantly, in order to ensure equal access for all citizens, especially low-income and rural communities, various social services are provided to citizens either free of charge or at highly subsidized rates. In recognition of some of its remarkable achievements, accolades have been expressed by the United Nations General Assembly and the African Union (such as for Eritrea’s success in malaria control).

Eritrea’s stance and objectives on political and civic rights are similarly clear and unequivocal. Prolonged war and other externalities have however affected the pace and scope of the legislative and institutional frameworks that it had embarked on with earnestness immediately after independence.

Although a very young and relatively small country (both by population and geographic size), and despite its modest resources and humble means, Eritrea is also making important contributions to regional peace, stability, and security in the Red Sea and the Horn of Africa. As well, just two short years ago, Eritrea and Ethiopia agreed to end their longstanding conflict, which will help to encourage peace, cooperation, development, and better livelihoods across the region.

In the event, Eritrea cannot and will not accept interference in its internal affairs or political pressure on its sovereignty under the veil of human rights. .It is well to keep in mind, too, that meddling and interfering in the internal affairs of another State under any pretext whatsoever is a clear violation of Article 2 of the United Nations Charter.

For all these considerations, Eritrea rejects the European Parliament’s resolution, which is utterly unfounded in substance and malicious in intent. Eritrea remains steadfast and unwavering in its commitment to human rights, and it will continue to work to improve the lives and consolidate the rights of all of its citizens.

13th Commencement of College of Engineering and Technology