A Question of Expertise: Some thoughts on Eritrea and the Horn 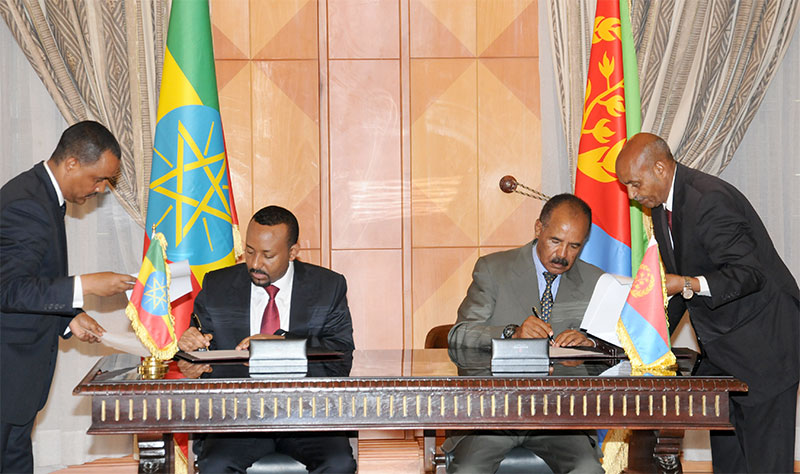 Just two short years ago, in July 2018, Eritrean President Isaias Afwerki and Ethiopian Prime Minister Abiy Ahmed signed the Joint Declaration of Peace and Friendship in Asmara. The agreements ended the long state of war and hostility between the two countries and opened an exciting new era of peace, friendship, and comprehensive cooperation. Efforts have also been made to establish peace and cooperation in other parts of the Horn of Africa by including other countries within cooperative frameworks (such as Somalia, through the tripartite Agreement on Comprehensive Cooperation).

In a number of previous articles featured within Eritrea Profile and elsewhere, I have discussed different aspects about the developments toward peace in recent years. For instance, I have noted how the moves toward peace in the Horn of Africa in the last two years have unfortunately not panned out perfectly smoothly or as initially hoped, and also explained how the recent developments were only the first initial steps in what is a long and difficult road. After decades of bitter conflict and tension, true and lasting peace and cooperation will naturally require sustained effort, considerable patience, and much time. I have also commented that it has been rather unfortunate that a lot of these finer, yet highly significant, points have not been fully understood or have been willfully ignored by those who have been expressing unrelenting negativity, cynicism, and deep doubts about the region’s moves toward peace – some from as early as when the ink from the original signatures for peace was yet to dry.

However, another interesting development and trend since the emergence of peace in our region over the past several years has been how a large number of talking heads, so-called regional experts, journalists, groups, and other members of the cognoscenti have sought to direct the next steps for Eritrea. A lot of commentary and many analyses, often filled with suggestions of supposed deep concern for the Eritrean people, presume to explain and outline what the country ought to be doing and how exactly it should be doing it. This is problematic and questionable on several levels.

For one, many of these individuals and groups simply lack the moral authority and authenticity to preach and pontificate about Eritrea’s future. The historical record is clear and it shows how so many of the loudest and most persistent voices now lecturing about what Eritrea must do or decrying the supposed “lack of dividends” from peace regularly ignored (if not actively supported and shielded) the long illegal military occupation of Eritrean lands by the previous TPLF-led Ethiopian regime, overlooked and downplayed its unrelenting aggression, and actively supported the unjust international sanctions against Eritrea. It is an undeniable fact that the persistent aggression, long foreign military occupation, and unjust sanctions had a terrible toll on Eritrea and its population, as well as the broader region. It is also likely that their negative effects will linger and continue to be felt for years. To somehow think that the same individuals and groups that ignored or supported these injustices and harmful measures could now claim genuine concern for Eritrea and attempt to outline what its next steps should be is cynical and beyond preposterous.

Second, many of the individuals and groups can only be regarded as rather presumptuous. Upon what basis, exactly, do they assume that they have even the slightest credibility or legitimacy to dictate and “chart out” Eritrea’s future and next steps?

For several decades, the analysts, experts, and observers that are now sermonizing about what Eritrea must do described Ethiopia as a “development darling”, an oasis of stability, and a poster child for successful development. The commentariat admiringly branded Ethiopia as the African “lion” – inspired by the “tigers” label which had previously been applied to the rapidly-developing countries of East Asia – for its rapid economic growth. The country received billions in financial assistance and unquestioning international political and diplomatic support, while its leaders were invited to high-level meetings and conferences. A 2013 report by former British Prime Minister Tony Blair’s Africa Governance Initiative praised the TPLF-led Ethiopian regime as an “accountable leadership,” while Britain’s Department for International Development even proudly stated that it had “a strong commitment to fight corruption.” Moreover, at the same time, these analysts and experts, many who had never actually even set foot in Eritrea, regularly predicted the country’s ever-imminent economic collapse, looming state failure or disintegration, and sounded the alarm that it was definitely about to “blow” if not already in the process of imploding.

It is well worth pointing out, too, how any questions, analyses, or observations that were regarded as contradicting or challenging the experts’ prevailing narratives about Eritrea, Ethiopia, and the Horn of Africa region were regularly dismissed and flatly rejected, rarely given a second look or modicum of consideration, and occasionally even ridiculed.

However, the objective realities on the ground in Eritrea, Ethiopia, and the broader region have proven to be far different from and much more complex than the predictions and portrayals forwarded by the so-called experts, as events over the past few years have demonstrated so clearly. It is interesting that those most surprised by the events of the past few years have actually been those who proudly professed to be experts and “in the know”. As well, to the best of my knowledge, few, if any, have actually commented upon, let alone gone back to reconsider, the errors and mistaken narratives that were taken as “conventional wisdoms” for so long. Within this context, where they have continually been exposed as ignorant to the realities of the region (and generally unwilling to engage in genuine introspection), how can they now expect to be taken seriously?