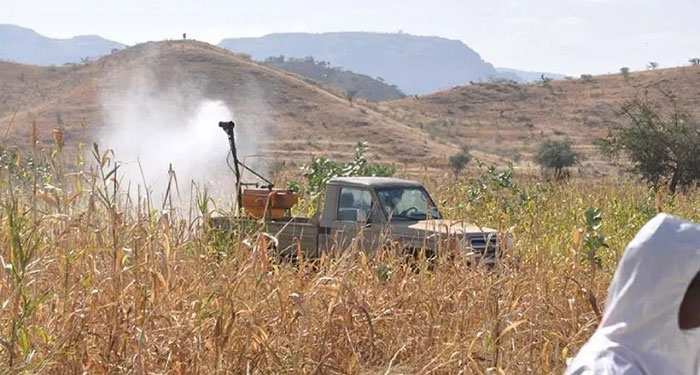 Massawa, 29 October 2020 – Effort is underway to put under control desert locusts that have and continue to infest various localities in the Northern Red Sea, Anseba, Central and Southern Regions, according to the Ministry of Agriculture.

The Ministry of Agriculture stated that thanks to the concerted operations by EDF units, the public and professionals since 23 October, hoppers that hatched in and were stretched over 1400 hectares in several sub-zones of the Northern Red Sea Region, particularly Qrora, Afabet, and Shieb were put under control.

Similarly, concerted measures are being under taken to control desert locust infestation that appeared in Asmat, Anseba Region, as well as in Kerkebet and Selia sub-zones, Gash Barka Region. 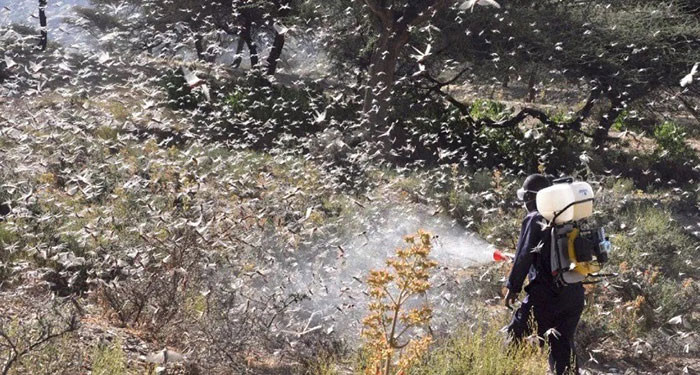 Likewise, the report noted that desert locust swarm invasion that stretched in over 19 places in Dubarwa, Mendefera, Adi-Kuala, Emni-Haili, Senafe and Adi-Keih sub-zones, Southern Region have been put under control, thanks to the concerted measures from 20-27 October.

It is to be recalled that locust infestation that was stretched in over 200 hectares in Selae Daero administrative area, Gala-Nefhi sub-zone, Central Region was put under control on 24 October.

The Ministry of Agriculture calls for urgent and expedited crop harvest and stakeholders to report instances of locust swarms as the upsurge of locust infestation from neighboring countries as well as hoppers hatching inside the country remains critical.