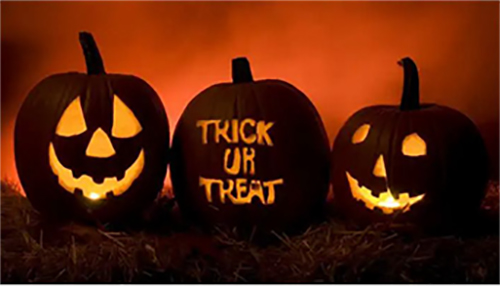 The mountain shook, lightning and thunder were witnessed and a Swedish missionary was falling from the mountain. Villagers were terrified by what was about to happen but everything stopped when the missionary hit the ground. This is a story that occurred in the 1920s in a village called Fodie, which is about 40kms away from Barentu. The story has been passed on to generations orally among the kunama ethnic group, and so there might have been some additions made.

The skeleton of the story is; in the village there is a mountain with a huge cave in it. The cave is considered sacred because of its beauty, silence, the ancient-looking pottery and other crafts. There is also a clear water in a wellspring. The Swedish missionary wanted to distribute drinking water to the village which is located in lowland. So he ventured to the cave with the guidance of a local guy. Still to this day if you are to enter the cave you have to perform some kind of a ritual song and dance. If not a ghost appears and that’s exactly what happened with the missionary. Regardless of the warning from the local guy the white man threw a stone at the ghost figure and the ghost disappeared. Relieved the missionary continued roaming around the cave and decided to take back some of the pottery with him. When he lifted the pot the ground started to move.

A notion of the transcendent, supernatural or mystical, usually involving ghosts, demons or deities, is a cultural universal. In pre-literate cultures the world, especially Africa, has often shared a common story of animism and ancestral worship. Certain religions are specifically designed to appease the spirits of the dead, leading to the commemoration of Halloween, making it a holiday filled with mystery, magic and superstition. Weirdly it’s a time when people call out and feel the presence of deceased relatives and friends without being scared. Today’s Halloween ghosts are often depicted as more fearsome and malevolent. I personally think that aside from its religious and traditional origin centuries ago, Halloween has become a holiday that young people justify to dress up in an unorthodox way and party; it’s an excuse for kids to consume a lot of sugary stuff without their parents nagging them.

We, Eritreans, do not celebrate Halloween as a formal holiday except the United States embassy and some bars. Since we are at a time of the year, let me spook you with some Eritrean ghost stories. If you are a lucky kid your grandparents would be alive and tell you stories every night with a whole family gathered for a coffee ceremony. One of the ghost stories that is always told is the story of Anderebo. This mystical creature usually appears after sundown and somehow throws enormous stones to the roof. Strangely the creature vanishes in the morning but the stones are visible on the rooftop. When I was a kid my mother always threatened to tell on me to the creature if I misbehaved. I imagined the creature only hurt small kids but now that I grew up and asked my mother about the creature she was as terrified as I was and altogether wondered about the creature’s non-existence these days.

In many traditional accounts, ghosts were often thought to be deceased people looking for vengeance, or imprisoned on earth for bad things they did during life. The appearance of a ghost has often been regarded as an omen or portent of death. Seeing one’s own ghostly double is related to an omen of death.

A story of an entrapped ghost that was narrated recently to me is a story of a young woman in her early 20s who lived in Asmara. It was late, dark and windy that night, yet the girl was walking home wearing light clothes. A car was passing by her and she smiled and asked for a lift. The driver felt bad and decided to give her a lift. Once she entered the car she was shivering and the driver offered her his jacket. Throughout the drive they talked about weather and general stuff. When he dropped her off at her house she thanked him in whisper and went in through the door. He was confused by what he saw but dismissed all scary thoughts. In the morning he realized he left his jacket with her and passed by her house to get it back, but the only person in the house was an old woman who looked at him in despair. The old woman slowly asked what the girl looked like and when he was done describing her, she asked him to come with her. She took him to the girl’s grave, and his jacket was on top of the tomb.

One of the rituals that is now done as part of the celebration of Halloween is watching classic scary movies, especially the “Halloween” franchise, based on the 1978 original film. In our culture ghost movie wise “Debas” is memorable. It’s about a revenant soldier ghost, whose name was Debas. He was betrayed and was sacrificed on behalf of his masters. His soul roamed around the people who killed him and for centuries he was believed to be a scary ghost, even sometimes a devil.

Overall, Halloween is fun unless a real ghost hunts you, but I hate the fact that for so many years white people have been portraying the ghosts as black reinforcing the culture that sees black as representing something bad.