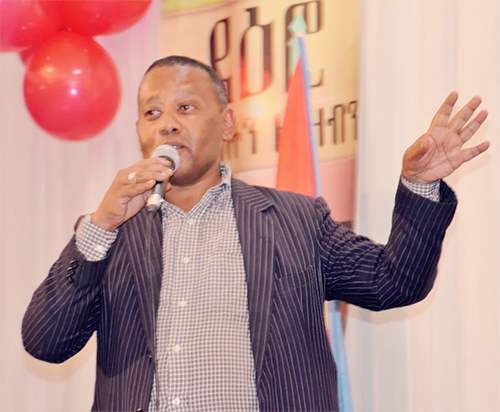 We talk to Mr. Ahmed Omer Sheikh, a founding member of the Arabic Department at the Ministry of Information who has played a great role in developing Arabic literature over the years. His writings range from political articles to novels. Mr. Ahmed’s works have enabled him to mingle internationally with other authors. He has published five novels and three collections of poems and has won many awards. He has a degree in Economics and public administration from king Abdel Aziz University, but his passion for the written word took him along a different path. Here he talks about his journey as a journalist and as a writer.

Well, I was first assigned to work at the Ministry of Information in 1992. Even though journalism was never my field, I started working at the radio department in the Arabic language program. Soon, I began working as an anchor and leading other programs that inspired young Eritreans to get to know art. I was also serving as the head of the Arabic news department where we also trained journalists.
I believe that working in the media is always connected to art, especially writing. That is why I was always working on my literature. So far, I have been able to publish five novels and a few poems besides various articles in the newspaper and online publications. 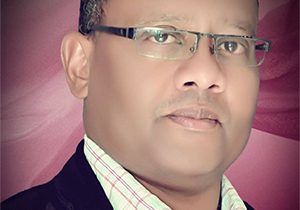 Basically, I am all about Eritrea. And I want all my writing to reflect the culture and hardships we went through as a people. We were colonized for many years, and the fact that we have gone through dreadful times as a people and now we are here is something that inspires me. That’s what I want to share with the world through my literature, not only my novels but also my articles. So, my first book, Nurai (published in 1997 and republished in 2003 by the author’s associates in Egypt) reflects the cultural shock Eritreans who had lived abroad experienced upon their return home following Eritrea’s independence. Another one was Alashrea (1999), a novel written at a time we were going through another war, where I participated. Alreih Alhamara (2007) and Alhash (2015) are my last two novels.

Besides, Heen LmYaed Alquareeb (1993), Tfaseel Emaraa Gadema mn Alsudan (1994), and Raqsat Altewr (2003) are my collections of poems I published. A few of my poems became lyrics of some songs. The first one was in 1997, a song about the country which was sung by the legendary Sudanese singer Mohammed Wardi. There are many other poems that have been turned into songs. I also write political articles about the current affairs of different countries. Some of my articles have been translated into English and got posted on different websites. 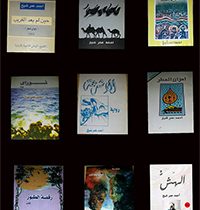 I honestly don’t feel like we have done enough in Arabic literature, in every field that is. I am the first Eritrean to write a novel in Arabic. It was only after my 3rd or 4th novels were published that other Eritrean writers started publishing novels in Arabic. I think the problem is that most people who write in Arabic live abroad, and as literature reflects the lives of individuals and the community, the writer should be within the community, sharing the happiness and sorrow of the people, to be able to perfectly reflect the reality. Especially, writing a novel requires a great deal of attention to every detail of your environment. In the past, we had brilliant people who wrote in Arabic, mostly poetry, such as Ahmed Mohammed Suad.

Everything has its own standard. That’s why I try to raise my standard through reading and researching. Arabic is a vast language and you need to know exactly your capability and try to upgrade yourself. The things I consider most important to help you keep up with the world is combining your experience, your mistakes, and challenges with the current techniques that are being used. For instance, one of my poems was posted on one of the biggest websites called Savanna Angeles for African poets, and it had many views in a short period of time and I was notified by Facebook and the website managers. Another poem that went viral was Abyssinia which was posted on many websites.

In order to write something good, we have to know our roots, our history, and values. I believe we are embarking on a new peaceful era as a people and we should all embrace it and work hard in every field.

“No Matter How far You have Traveled, There is Always a First Step”