Dreams do come true! “I am going to speak from inside the radio someday daddy”, little Fatima 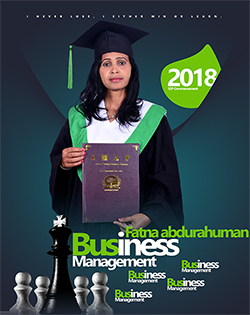 Born in 1974 in Kesela, Sudan, Mrs. Fatima Abdurahman Osman is one of the first few faces to appear as an anchor on Eri-TV’s Tigre News twenty years ago. Returning from Sudan to her homeland alongside her family, Mrs. Fatima started school taking classes under the shade of trees in Anseba region just like her fellow Eritrean kids in rural areas. Her journey took her from being a teacher to a journalist and now the Director General of the Research and Information Department of the National Union of Eritrean Women (NUEW). Fatima believes her life would never have turned out to be the way it is if it hadn’t been for the relentless efforts of the EPLF in educating Eritrean girls and women. With five kids to raise, she still finds time to work full time and take courses that helped her in her career. She is here with us today to share her experience.

I remember that I wasn’t sent to school at the beginning. It was only my brother who attended classes given by the EPLF freedom fighters. After a year some of the teachers came looking for my parents to ask them if I could join the classes. You can just see how difficult it was for girls to go to school or do anything at all back then. The EPLF had two goals — one was to free the country and the other to liberate Eritrean women from the various pressures that were put on their shoulders through cultural and religious beliefs of the society. Through the relentless work of the EPLF, many Eritreans have been fortunate to live a life full of opportunities. I am one of the kids who had that opportunity. I remember our classes being disturbed by the air bomb attacks and more. 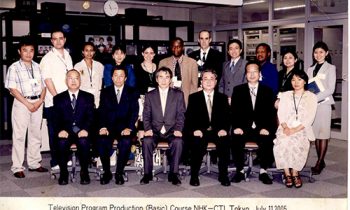 After independence, I continued my studies through tight schedules and was able to finish my high school. I was then assigned to serve as a teacher in Anseba region for elementary and junior secondary students. While teaching I studied at the Teachers Training Institute and got my diploma in 2000. Teaching is a profession that I love dearly. As a teacher it is exciting to be able to make a difference in an individual’s life. And I can honestly say that I have enjoyed teaching.

While I was teaching, I got a letter telling me I was being reassigned to the Ministry of Information, the Tigre Desk. That was in 2001. It was shocking to me at first, and I started working as an anchor just after a week’s training because they didn’t have sufficient staff. It wasn’t long until I started hosting my own TV show. I was hosting Daret Qana, Tigre music program, and Shiebet, a program that focused on raising awareness of the public about health and other issues regarding mothers and children, and it had many audiences. I also participated in some of the radio programs. I remember when a radio drama in which I acted was broadcast, my mother told me something I said years ago when I was a child. She told me that when I was a child I used to tell my father that ‘I want to speak from inside the radio just like that woman in the radio is doing.’ Indeed, dreams do come true.

During the 7th congress of the NUEW, I was called upon to work as the media manager of the Research and Information Department at the NUEW. The department is in charge of publishing the various accomplishments of Eritrean women, and we publish a quarterly magazine which features, among other things, the history of Eritrean women from different times. We also have radio programs in five languages — Tigre, Tigrigna, Afar, Arabic, Saho. 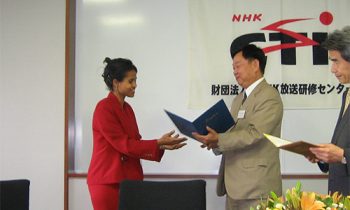 Working with the Ministry of Information has definitely helped me gain a great deal of experience and education. Besides taking many courses organized by the ministry, I had a two-month TV production training in Japan in 2005. This training helped me a lot, and I was inspired to start my own show when I got back from the training. I have taken many courses internationally. I also had a two-year journalism course at the University of Asmara while working at the Ministry. At that time I had three children and was pregnant with my youngest kids, who are twins. It was a bit difficult at the time but I had a goal and I wanted to finish the journey I started. I didn’t want to stop there; I have always had the will to learn more every day. That’s why, thanks to Professor Tesfai Haile, I was able to continue m y studies at SMAP Institute and graduated with a 3.7 G.P.A in Business Management.

It is actually very hard at times, especially for me. My only daughter is a down syndrome who needs constant attention and care. That was a bit challenging but there is nothing you can’t achieve if you put your mind to it.

Yes absolutely. There are many women going through this kind of hardship, especially since those kids are marginalized by our community. People think this kind of deficiency happens through heredity or something. Some people automatically connect it to the mothers and they blame them for having a child with down syndrome. This can happen to anyone and anywhere. I know a lota of women who got divorced just because of this type of situation. And some mothers stop going to work as they don’t have any support from their employers. Those kids need love and care and people should see them as humans. I believe that if the employers and the community generally support the working mothers by providing them with daycare for their autistic kids I think it would make a lot of change for them and their lives.

I don’t think you can see the opportunity given to Eritrean women in other countries. Gender inequality does exist in many parts of the world, but, here, we never experience it. That’s what we should be grateful for and work hard to achieve whatever it is we dream of. I would like to remind the young generation to fight for their rights and dream to do better and bigger.

Why are Tigrigna Films Popular?