Why are Tigrigna Films Popular? 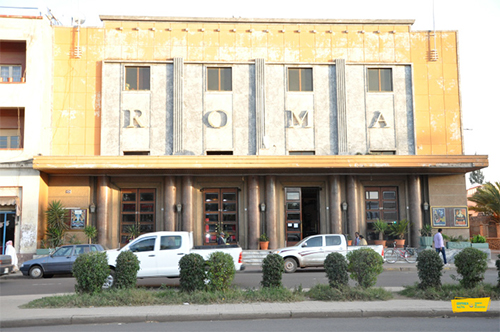 In the Asmara of old days the different Cinema Halls (Odeon, Dante, Croce Rosa, Roma, Impero, etc.) had their own announcement boards, where they put on the posters of films on show. Now, developments in home-entertainment technology have made cinema-going redundant, and cinema halls victims.
Electronics shop-windows have replaced them, as the shops have taken over the service of providing movie-lovers with films in different languages. The shop-windows announce a long list of movies in Tigrigna, Amharic, English, Korean, and Turkish. The list of titles in Tigrigna is by far the longest, which leads one to conclude that despite fierce competition the nascent Tigrigna film industry must be doing well.

If one wants to watch films, there isn’t lack of supply. Many electronics shops supply their customers with a variety of films: documentaries, thrillers, action films, etc. at affordable prices. The prices make one think what, if any, the producers, script writers, actors, and other professionals get for their efforts.
People can sit and enjoy interesting movies (Amharic, Arabic, Korean, English), and as soon as they finish watching the last one, provided they have the patience and time, they can watch another movie as good as the last. This poses a serious competition for Tigrigna cinema (in its attempt to produce quality films, attract viewers, and maintain itself) in a market with fierce competition. In other words, people have quality movies produced in other languages to choose from, and not solely depend on Tigrigna movies, for their entertainment.

Film as an art depends on a variety of media for its effectiveness. Though it uses other techniques and means, it mainly employs images and sounds since it is a combination of meaningful pictures and sounds. To enjoy or learn from the movies, members of the audience should be able to understand the images and sounds the professionals skillfully wove to create meaning. 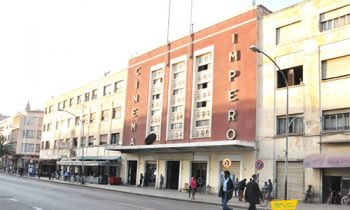 I have observed middle-aged people understand Indian, Italian, Turkish, or Korean films despite the fact that they don’t speak or listen to the languages. Young children have no difficulty properly interpreting the images, the gestures, facial expressions of the actors, and other techniques used by foreign language movies. Some even pick up some words in these languages. Other children have learned to speak Arabic though they haven’t learned it at school. In other words, language may not pose any serious problem in following the story. However, it does pose a serious challenge if one really aims at enjoying and appreciating (not just following the story) the movie. If one speaks and understands the language, one’s appreciation of the movie is greatly heightened.

Despite learning English at school for many years, due to their lack of mastery of the language, older generations of Eritreans choose Tigrigna to English films. Often, they don’t enjoy English films as much as they do Tigrigna ones despite the high quality of the former. On the other hand, the young generation of Eritreans whose mastery of English is much better than that of their parents due to the fact that they learn it through various media – TV, the Internet, films, equally enjoy Tigrigna and English films. However, generally, Eritrean viewers (at home and abroad) prefer films produced in Eritrean languages, and especially in Tigrigna.

Interest in Tigrigna films started some years ago when Isaias Tsegai adapted a popular Tigrigna fairy-tale entitled ‘Milenu: Hawey Kindi Hamutey’ and prepared it for screen, as in the manner of Cinderella or the Beauty and the Beast movies we watch on TV. It was such a big success that it has influenced other screenwriters to try their hands at adapting similar fairy-tales for screen. Due to their popularity, some of Isaias Tsegai’s characters have become part of the popular language. Now, it is common to call a strong-willed and fierce woman “Adey Bitcha”, after the woman that encouraged her son to rebel against the customs and mores of the society, and to act willfully despite the displeasure and opposition of the community. At the time the movie was aired, a wilful and rebellious man was disparagingly called Tifanos, after the character who defied the community, its mores, and all decent behavior.

Two or three Tigrigna films received recognition from film-rating groups based in the USA. The effect of such recognition cannot be underestimated because it boosts the confidence of producers, screenwriters, actors, and other professionals involved in the production of the movies awarded. However, the effect is not limited to the professionals in the production of the movie but other professionals in the film industry as a whole. Undoubtedly, it had a considerable positive effect on them by increasing their confidence in their abilities and skills. Undeniably, the ambitions of some screenwriters could not have come out of the blue, if not out of such confidence.

Due to the success of Isaias Tsegai’s films, and movies by other screenwriters, Eri-TV continued (and still does) to air equally successful movies by such screenwriters as Debessai Weldu and Solomon Dirar, among others. Equally enjoyable and popular are Yonas (Minus) Mihreteab’s short comedies, which treat serious issues in humorous ways. Members of general public, in general, but the young in particular, enjoy his comedies.

To a large extent, the success of these writers depends on their choice of language and the issues they raise. The fact that they use Tigrigna or Tigre helps them reach the majority of the Eritrean population. Mainly, they portray social issues in the society, as unethical individuals come in conflict with the established code of behavior of the society and the latter’s response to their unethical behaviors.
It is true the stories the screenwriters tell and the techniques the producers use play a major role for the success of their movies. Quite some years ago, people enjoyed a movie in Tigre, with a subtitle in Tigrigna, and had a huge following among Eri-TV viewers (not only among the Tigre but speakers of other languages as well). In my opinion, its success depended on the story and the techniques it employed. But, above all, in addition to these qualities, the movie was in the language of the people.
Though language plays a considerable part in the appreciation of all kinds of movies, its role in the appreciation of comedies is significant. In fact, it is very hard for people to appreciate comedy in a foreign language unless audiences are very proficient in that language. For this reason, it is the young in Eritrea who enjoy comedies in English. I believe that Eritreans would not be able to appreciate Minus’s comedies if they were in a foreign language. Minus (to a large extent) owes his huge popularity to his use of the Tigrigna language. If one were to watch Minus’s comedies with the volume muted, the comedies would be dead. People repeat expressions from his comedies because they understand them, and do even evaluate how well he has used them in his comedies, which they don’t do when they watch movies in English or other languages. The expressions Minus uses in his comedies and his characters have become part of the popular culture.

I believe Tigrigna films have enjoyed the confidence of the population so much that they have asked for more movies in the language. To satisfy such demand, some have resorted to adapting short stories to screen. Others have shifted from writing books and articles to script writing for films or adapting Tigrigna stories for films.

Dreams do come true! “I am going to speak from inside the radio someday daddy”, little Fatima