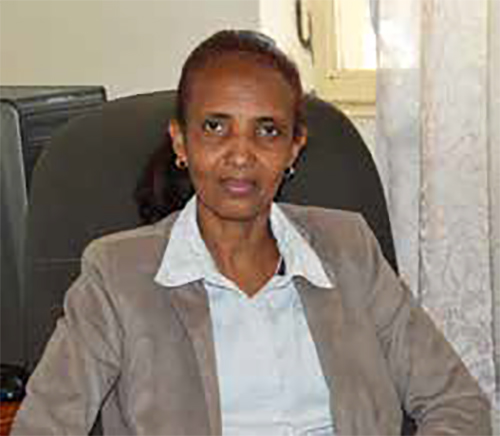 The Agricultural Extension Department (AED) of the Ministry in collaboration with the National Agricultural Research Institute (NARI) is promoting distribution of selected wheat varieties in four regions of Eritrea.

According to Ms. Ghenet Ghebregziabihier, Head of Seed Unit in the Ministry; selected wheat varieties namely Sidra-1, Pavon-76, Croc-1, Quafza-32 are under cultivation by 540 beneficiaries in 178 hectares of Central Region in the Sub-Regions of Berik, Gala-nefhi, Serejeka and around Asmara. 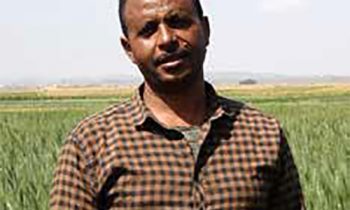 635 beneficiaries are also cultivating Attila-7, Quafza-32 and Gumoria-3 varieties of wheat in Mendefera and Emni-haili Sub-Regions of the Southern Region in more than 183 hectares of land.

More over, 13.4 hectares in Gash-barka and 2.5 hectares in Anseba are being cultivated with wheat varieties of Attila-7, Sidra-1, Gumeria and Pavon by a total of 130 beneficiaries in both regions.

According to Ms. Ghenet, all the beneficiaries are expected to produce pure wheat seeds which will eventually be distributed to other farmers. 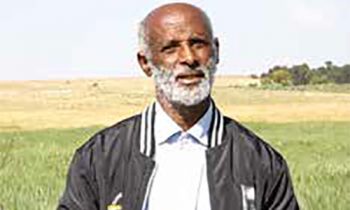 Furthermore, it is to be noted that this summer, wheat cultivation in the country has reached over 30,000 hectares. This is a significant jump compared to the previous years.

Meanwhile, Public Relations Division of the Ministry visited wheat farms in the Central Region; and interviewed some beneficiaries and experts.

Desbele Zekarias is a wheat farmer in the Central Region, Berik Sub-Region. He told this newsletter that he was provided with a wheat variety named Sidra-1; by the Ministry of Agriculture and is cultivating it for his second time.

“Last year, I was one of the beneficiaries of this government program and took a quintal of improved wheat seed variety for multiplication purpose. Productivity of the variety was high and I harvested 60 quintals. Then after, as per my contract, I sold it to the government with 25 % more than the market price.” 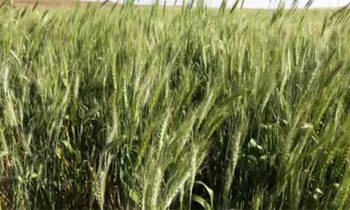 Mr. Desbele, when comparing the variety he acquired with the traditional one, said; “We were only getting 10-15 quintals from the indigenous wheat we cultivated for many years. However thanks to this program, we are witnessing a minimum of three folds increase in productivity.”

Mr. Desbele finally concluded that this harvesting season, he is expecting more than 60 quintals per hectare because he fulfilled all the necessary preconditions to boost his production and productivity including supplementary irrigation, composting and proper weed management.

Priest Berhane Fessehatsion is another beneficiary of this program from Tsegazega Village, Sub-Region of Berik in the Central Region.

He briefed this newsletter that he was included in the integrated improved wheat multiplication program before three years and is enhancing his productivity from time to time. He said; “It is not only water that lead to bumper harvest but equally proper seed variety. For this reason, thanks to this improved seed variety, agricultural supplies such as fertilizers and pesticides; and also strict follow-up of experts, we are harvesting two three folds and never went to the market to buy wheat for our livelihood for the last three years.” 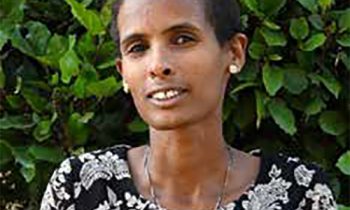 Finally, Priest Berhane called upon the Ministry of Agriculture to further increase the program both in area and number of beneficiaries as well as to protect this variety from mixing with other varieties and impurities.

Ms. Adiam Rezene, Agronomy Expert in Berik Sub-Region on her part told this newsletter that integrated improved wheat multiplication program has been practiced for the last three years in the area. She stated that, in this program, all beneficiary farmers collectively cultivate the same kind of seed variety and conduct necessary management together.

According to Ms. Adiam, so far 323 farmers; out of which 100 are females; are benefiting from this program. 79 hectares of land in three villages namely; Tseazega, Adiquonsi and Tsaeda-christian is under integrated farming; and 31 hectares of land is cultivated by 20 private exemplary farmers. Regarding productivity in the Sub-Region, Ms. Adiam stated that farmers are getting on average of 20 quintals per hectare from rain-fed agriculture and above 60 quintals if supplemented with irrigation.

Finally, she concluded that almost all wheat
producing farmers in the Sub-Region are totally shifting from their indigenous varieties to the promising wheat varieties mainly ‘Sidra’ and; Agriculture branch in the Sub-Region is planning to vigorously introduce compost and other natural fertilizers to farmers as well as to promote Integrated Pest Management (IPM) techniques.

Embassy of the State of Eritrea United Kingdom