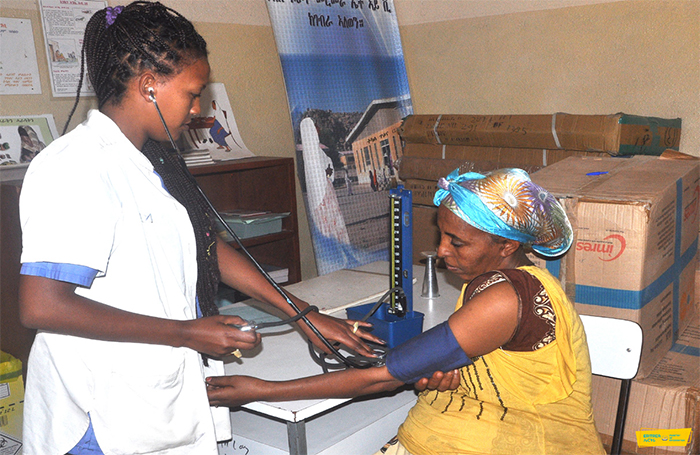 Every year on 14 November, the world marks World Diabetes Day (WDD). WDD was established in 1991 by the International Diabetes Federation (IDF) and the World Health Organization (WHO) in response to growing concerns about the escalating health threat posed by diabetes around the globe. WDD’s various activities and initiatives (which this year were heavily impacted and toned down by COVID-19) help to draw attention to issues of paramount importance to the diabetes world, keep diabetes firmly in the public and political spotlight, and promote the importance of taking coordinated and concerted actions to confront diabetes as a critical global health issue. In 2006, the United Nations passed Resolution 61/225 which made WDD an official United Nations Day. The day of 14 November was selected to mark WDD as it coincides with the day of birth of Sir Frederick Banting, who co-discovered insulin in 1922 (alongside Charles Best). While this year has understandably seen a lot of the world’s focus and attention directed to the global COVID- 19 pandemic, diabetes remains a pressing challenge. In this article, I offer a broad overview of diabetes and then briefly discuss diabetes in Eritrea.

Diabetes is a chronic disease that occurs either when the pancreas does not produce enough insulin or when the body cannot effectively use the insulin that it produces. Insulin is a hormone that regulates blood sugar (it also has many other roles). Hyperglycaemia, which is an increased concentration of glucose in the blood, is a common effect of uncontrolled diabetes and over time it leads to serious damage to many of the body’s systems, especially the nerves and blood vessels.

There are two principle forms of diabetes: Type 1 and Type 2. The former, previously known as insulin-dependent, juvenile, or childhood-onset, is characterized by deficient insulin production and requires daily administration of insulin. While this form develops most frequently in children and adolescents, it is increasingly being found among adults. Some of the main symptoms include excessive excretion of urine (polyuria), thirst (polydipsia), constant hunger, weight loss, vision changes, and fatigue. At present, the cause of Type 1 diabetes is not known and it is not preventable with current knowledge.

Comprising the large majority of people with diabetes around the world, Type 2 diabetes is the second main form of diabetes. Formerly called non-insulin-dependent, or adult-onset, Type 2 diabetes results from the body’s ineffective use of insulin and it is largely the result of excess body weight and physical inactivity. Although Type 2 diabetes occurs most frequently in adults, it is increasingly being noted in adolescents as well. (Another type of diabetes is gestational diabetes. It is a temporary condition that occurs in pregnancy and carries long-term risk of Type 2 diabetes.)

Diabetes has significant consequences and over time it can damage the heart, blood vessels, eyes, kidneys, and nerves. For instance, diabetes is a significant cause of blindness (about 3% of global blindness), kidney failure, heart attacks and strokes (adults with diabetes have a two- to three-fold increased risk of heart attacks and strokes), and lower limb amputations (nerve damage and reduced blood flow increases the chance of foot ulcers and infection necessitating amputation).

Importantly, although some individuals with a genetic predisposition are considered at high risk for the disease, there are a number of relatively straightforward and easy lifestyle measures that can be very effective in preventing or delaying the onset of Type 2 diabetes. These include: achieving and maintaining a healthy body weight and reducing excessive calorie consumption; engaging in moderate-intensity physical activities (e.g., playing sports, walking, weight training, swimming, jogging, biking, etc.); eating a healthy, balanced diet (e.g., increasing fruits and vegetables while avoiding sugar and saturated fats intake); and avoiding the use tobacco (as smoking increases the risk of diabetes and cardiovascular diseases).

According to estimates from the IDF, about 463 million adults (aged 20-79 years) were living with diabetes in 2019, while several million people died as a direct result of the disease. The number of people living with diabetes represents an approximately four-fold increase since 1980, while it is expected to rise to approximately 578 million by 2030 and 700 million by 2045. Notably, a large percentage of people with diabetes remain undiagnosed, while there has also been a troubling steady increase in Type 2 diabetes among children and young people.

Another important development in recent years is that Sub-Saharan Africa (SSA) has been in the midst of a rapidly expanding diabetes epidemic. The IDF estimates that there were approximately 19 million adults living with diabetes in SSA in 2019, with the highest prevalence of diabetes found in adults aged 55 to 64. Of note, about 70% of people with diabetes in SSA do not know they have it (the highest percentage of undiagnosed in the world), and of those that are diagnosed with diabetes only around 10% are actually receiving treatment.

What is also concerning is that SSA is expected to have the largest percentage increase in the incidence of diabetes of any region in the world in the coming years. Specifically, it is estimated that by 2045 about 47 million adults in SSA will have diabetes, representing a 143% increase from 2019 figures. By comparison, the estimated percentage increases for other regions and the world for the same period (2019 to 2045) is as follows: North America and the Caribbean – 33%; South and Central America – 55%; Middle East and North Africa – 96%; Southeast Asia – 74%; Western Pacific – 31%; Europe – 15%; World – 51%.

Because diabetes is a key risk factor for other illnesses, including heart disease, stroke, and kidney failure, its rising prevalence in SSA will lead to a significant growth in chronic diseases across SSA. However, many national health systems across the continent may not be prepared for dealing with the growing diabetes burden. Without decisive action, the cost of diabetes in SSA – from a loss of labor productivity due to premature death, people leaving the workforce, sick leave, and diminished productivity at work due to poor health – could balloon rapidly.

Generally, the trends in SSA may be attributed to several different factors, many of which are also associated with countries’ transition from low to high-income status: rapidly growing and aging populations; considerable changes in eating habits, such as increased consumption of high-calorie, sugary, and processed foods or beverages; rapid urbanization; and changing lifestyle or work practices (e.g., more people spending their working days sitting down rather physically active).

Over the years, Eritrea, a low-income, developing country in the Horn of Africa, has made considerable improvements in healthcare. However, partly as a result, chronic diseases, such as diabetes, are on the rise in the country. Diabetes is one of the leading causes of morbidity and mortality of adults in Eritrea. Estimates suggest a national prevalence of approximately 5.1% in adults aged 20 to 79 (age-adjusted comparative prevalence, %). It is believed that there is great variability in rural versus urban prevalence, with diabetes more prevalent in urban areas. Not only has the incidence of diabetes in the country risen, there is also an increasing amount of disabilities linked to amputations, as well as diabetic retinopathy and blindness. If left unaddressed, diabetes and its complications carry the potential to reverse some of the significant health gains made by Eritrea in recent years

As with much of the rest of the SSA region, there are several different factors behind the increase in diabetes in Eritrea, including changing dietary habits (e.g., excessive calorie consumption and augmented food quantities, the introduction and growing consumption of refined, processed or fast foods and high sugar or salt intake), growth in urbanization, reduced physical activity, and a shift toward sedentary lifestyles or occupations.

Importantly, the health system in the country offers services for diabetes care and prevention. For example, insulin, syringes, visual test strips, and other relevant education materials are all distributed to patients by the Eritrean National Diabetes Association (established in 1996) and the Ministry of Health. In fact, Eritrea remains one of the few countries in the world that provides free insulin and treatment for diabetic patients. Those with diabetes or associated risk factors may also turn to traditional or herbal medicines (e.g., plants with therapeutic properties). Generally, these are cheap, easily accessible, and readily available from various local shops, within large markets, or from traditional healers (usually community elders), and people often learn about them from friends or relatives. While some of these traditional and herbal medicines can support positive outcomes, it is important to also keep in mind that they can be problematic because the safety and efficacy of the majority of herbal and traditional therapies have not been thoroughly investigated, they remain unregulated, users may be unaware of potential adverse side effects, and their use may be ineffective or dangerous in combination with doctor prescribed medications.

In addition, there are widespread awareness and education campaigns encouraging people to improve their lifestyle (i.e., eat well, exercise regularly, and avoid smoking or excessive drinking), while screening rates to detect the undiagnosed, although low, are being increased. This is important as the early detection and treatment of diabetes can significantly reduce the risk of complications and death.