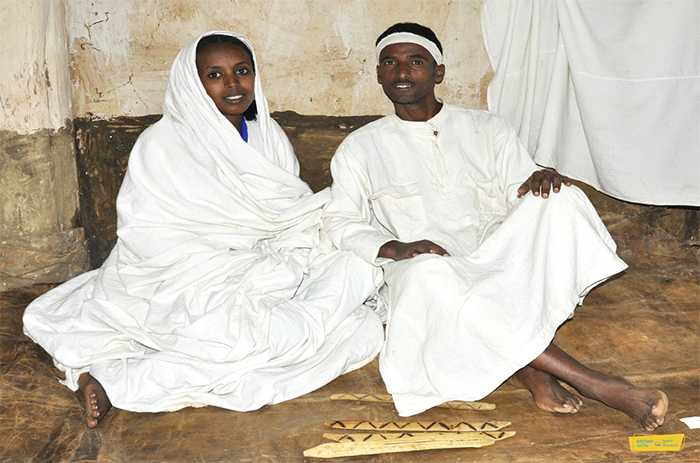 A man I knew used to say: “Marriage is the application of the four mathematical operations. It is the multiplication of your worries, the subtraction of your friends, the addition to your problems, and the division of your happiness.”

“You see, before marriage a man is free,” he explained. “Once married, he has to be home before it is late. He has a curfew imposed on him. He can’t spend a night out unless he is away from home on business; he has no time for his friends. His friends are subtracted from the number of people close to him. And, the happiness he got by his association with his friends is divided.”

“As a bachelor,” he continued, “he worried only about himself. Now, he has to worry about his wife and his children. In other words, his worries are multiplied. Moreover, if he had some problems before marriage, other problems are added to them.”

“I see,” I said. “Is that what you really think about marriage?”

“Yes,” he replied. “In fact, marriage is nothing but food for work.”

The man used to be an employee of the UN.

“Yes,” he said thinking like a typical Eritrean husband. “You go to work, and get money, and you give your wife a certain amount for food and other expenses. She goes shopping for food, takes it to the flour mills, brings it home, and bakes injera for you. Isn’t this food for work?”

“In fact,” he said, “marriage is an institution in which you hire your own financial auditor.”

In a way, the man revealed a fact about marriage in an Eritrean context. It is common wisdom that you don’t ask a man his salary and a woman her age. Husbands, who until some years ago were the principal breadwinners, did not normally tell their wives how much they earned. They just gave them the amount they thought was enough for the monthly expenses of the family and kept the rest to themselves and spent it on their pleasures. Generally, since women didn’t work, finance became a source of conflict between the couple. For this and other reasons, wives wanted to know how much their husbands earned. No wonder my friend (and many other Eritrean husbands) thought marriage was hiring their own financial auditors, the wife doing the auditing, only that she is kept in the dark about her husband’s income. 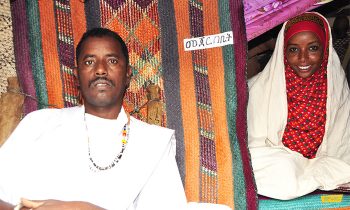 Of course, my friend was kidding, though at the same time he was dead serious about the kind of relationship that exists between the husband and the wife in most Eritrean marriages. His views of marriage had a lot of truth in them. They show what kind of relationship could follow if the husband and the wife are not transparent about their incomes and other aspects of their married life, and how the concentration of power in the husband’s hands affects the wife and other members of the family in such relationships.

Some years ago, I was told about an expatriate couple, a husband, and a wife living in Eritrea. I was told both the husband and the wife each had their personal bank books, and they contributed money when they had to cover common expenses. The couple shared the expenses equally and paid their bills by contributing money from their personal accounts.

It was shocking for me like someone from another culture, and I found such a relationship very hard to accept. It appeared to me that it was hard to enter into such a relationship and make it work. From an Eritrean perspective, it appeared that a spouse didn’t fully trust their spouse with their money, though Eritrean husbands did act in ways that showed such mistrust. But I understood it as a kind of contract in which the husband and the wife agree to live their own lives separately while at the same time sharing it as one. They have the intimacy of a husband and a wife but also the freedom to decide about their finances independently, without the interference of their partners.

I thought such an arrangement showed a lack of mutual trust, and that it was impossible for the couple to approach each other openly. As an Eritrean from a Christian family, for me, such a relationship showed the failure of complete union.

One of the questions I have about such an arrangement is how the husband and wife ensure trust between them. I believe owning and sharing property together helps the couple to develop common goals and a shared vision about their married life and their family. In the absence of such a common goal and vision, it becomes hard for the husband and wife to think of shared issues. They would rather think about selfish things and what they would get out of such a relationship. I wouldn’t be surprised if any of them tried to take advantage of his or her marriage partner in such marriages. This doesn’t mean that Eritrean husbands and wives do not take advantage of their spouses, which is inescapable if honesty and transparency are missing. 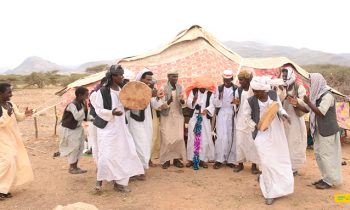 In Eritrea, marriage is thought of as a covenant, with religious overtones. In the opinion of society, marriage is not simply a contract that involves just the bride and the groom. It goes further than that. It brings both families (the family of the bride and the groom) into a very strong relationship, which they wish to preserve whatever happens. However, it doesn’t just involve only the families of the bride and the groom. It goes beyond that. It involves the religious leaders involved in the contract, representing both families. It is even taken further. The couple understands it as an agreement to remain as husband and wife, whatever happens, a solemn oath is taken before God to remain loyal despite their partner’s illness, serious debility, even to the point where a partner becomes a burden to the other or an obstacle for the pursuit of his or her happiness.

In my opinion, the Eritrean-kind of marriage (which I described above) has a number of strong points. Its emphasis on the happiness of all family members is one. Marriages are not easily dissolved if problems occur. Relatives and friends do their best to save it. Often, the husband and wife do make compromises, and, not unusually, they suppress their demands so that their children do not suffer if the couple’s relationship breaks up. All churches — Orthodox, Catholic, or Evangelical — support community efforts aimed at rescuing marriages and discourage divorce by denying their members remarriage, except for acceptable reasons such as the death of a spouse. For this reason, divorced people who seek remarriage are compelled to seek other avenues. In short, society, through reconciliation, tries to ensure the happiness of all family members.

However, this kind of marriage in a way encourages the oppression of women. Of course, if they so wished women could go to court and seek justice when they felt to have been unjustly treated and, therefore, wanted to be out of the relationship. As it often happens, though, although they have legal protection, which ensures that their rights are respected, they tend to choose to stay for the sake of their children.

In a nutshell, a marriage should be based on open discussion and transparency, which is a virtue many Eritrean marriages benefit from.