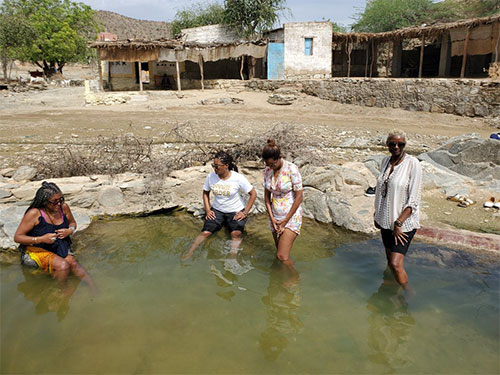 Recently, I heard a medical expert talk about trust in connection with the development of a vaccine for COVID-19. He said that it may take some time for scientists to develop a vaccine for the disease and that people need to completely trust the vaccine, once developed, if it is to be effective.

Most of us laymen tend to think of a drug, a pill or a tablet as one dimensional weapon against diseases. For many of us, it is a potent substance that can, unaided by anything outside itself, neutralize the forces that invade our bodies. Some of us think that it helps our white blood cells fight the foreign bodies, and defeat the germs that infiltrated our defence systems. This interpretation focuses on the materials aspect of medicine, and stresses on only one aspect of the warfare waged against agents of sickness.

Viewed as a practice, medicine can be but an incompetent and impotent profession if it limits itself to doctors prescribing medicines, with no regard for the psychological condition of patients. Doctors derive much of the power they have over diseases from the resolve of patients to recover from their illnesses. In other words, both the doctor and the patient are comrades in the fight against sickness. The doctor may be strategically placed in the fight. However, this doesn’t mean that the patient is the helpless sick person assumed, with no contributions for his healing. Rather, he is and should be understood as a fellow-soldier in the fight for his life.

Seen purely from their material aspect, some of the practices some Eritreans engage in can be naive. Considered from the non-material aspect, however, they make perfect sense and may be considered as intelligent decisions.

In an attempt to have their health restored, some people prefer to visit sites believed to be endowed with curative qualities. They have a bath or a shower in the river or fountain found in these places to effect the healing of their bodies. Some of these places have deep waters, and sick people are immersed in them because local people have strong convictions that the water would do them well, and would cure them of their illnesses. Judging by the number of people who visit these places, it appears that it works for many people. In addition, the fact that the practice has persisted for hundreds of years may also  speak to the efficacy of the practice.

The practice has its own procedure. The normal practice is that sick people should stay there for at least one week. This is called hade shewate, a shower or a bath for one week in a mai-chelot (a holy place). Shewate in Tigrigna is seven. It is the minimum number of days recommended. If someone goes to such a place and hasn’t got well, he or she is asked, “Do you know why you haven’t got well? Hade shawate (one week) is not enough. You need klte shawate (two weeks of shower or bath).”

In such societies, sometimes, Science is viewed as an ineffective servant, and what it can do for people is limited. It may delay death but cannot stop it completely from taking its prey. Doctors come to the end of their abilities, and skills, and give up the fight when they realize that it is hopeless. In such situations, relatives are clearly, but tactfully, told about their loved one’s slim chances of recovery.

In such circumstances, some deaths are viewed not only as untimely but preventable through the intervention of a mai-chelot. As often happens, relatives do not give up easily until their loved ones gasped their last breath. “Let’s try mai-chelot” is one of the foremost choices relatives take. “God may be merciful to her and extend her days.” In other words, this is understood as “Science and medicine have done their best, and they have failed. Mai-chelot may succeed where science has not.” 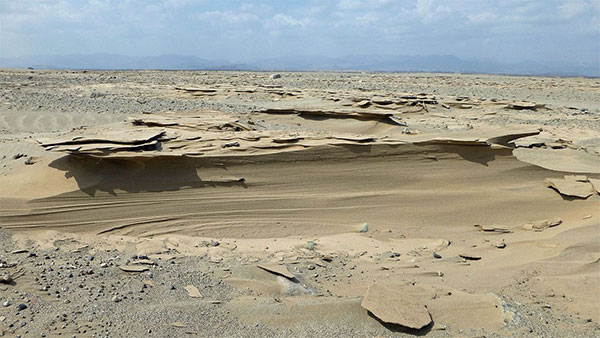 A few years ago, I saw a family ‘burying’ their mother in the extremely hot Assab weather in a pit prepared for medical purposes. Such a practice is common among Eritreans, and so I knew a little about it, but not enough to judge if the family were doing it properly.

To find out, I asked a friend who was close-by, and observed what the family was doing to see if they were doing it properly.

“No,” he said. “For a successful treatment, they should dig a not-so-shallow pit, where the woman should lie, as if lying on a bed. They then should bury her so that she may absorb the heat from the ground. No part of her body, except her face, should be left uncovered.”

Honestly, the heat above the ground (let alone the heat under) was so unbearably hot that I wondered how someone in his or her right mind could ask other people to ‘bury’ him or her under the scorching sand. Luckily for the woman, it was February, when the weather is not so bad though hot enough for people from the highlands to begin perspiring before it is noon. No wonder the woman chose to be half-buried, and half-exposed, not because (I believe) she didn’t know how it was done but didn’t want to go to that extreme. It appears that she had no idea about the meaning of the Tigrigna expression, Fewska inte ilomka, which shows the extremities people could go to get a cure for their illnesses. It implies that people do unthinkable things, if these things are a matter of life or death. Judging by her action, she didn’t seem to want to go to that extremity or was not in a desperate situation about her health.

As many of us assume, these practices are not fruitless. I have heard people claim that they got their cures after being buried in such ways or taking a hot-spring bath at places such as Mai Wuui, or after a bath in a holy place. They say that after the bath or burial the water or the heat completely cured them of their afflictions. It is hard to establish what cured them. One is tempted to conclude that probably the hot water has curative qualities, which local people discovered a long time ago, and that the people’s belief has nothing to do with it. The fact, however, remains that people’s beliefs about the place and their healing remains unchanged, and this belief impels them to do things, which to many of us can only be described as foolish and superstitious, a practice that would disappear like a puff of smoke before the powerful gust of Science.

As a practice based on people’s observation, learning and experiences, however, traditional medical practices cannot be dismissed automatically. People have practiced it for hundreds of years, putting their confidence in their practical learning. In their interaction with the environment, they have come to know it so intimately that they developed a store of knowledge about the environment in general, and how it can help them confront and defeat some illnesses. In the process, they have discovered cures for various other diseases. In fact, “Fewsi Habesha” (literally, Habesha medicine) a very common phrase in Eritrea, shows that traditional medicine played an important role in the lives of Eritreans and that many Eritreans still make use of the knowledge of such practitioners (for example, birth attendants) though they have received no formal training.

About forty years ago, I had a fall and I had a broken arm in a football game. My father, despite the fact that there was a modern hospital in Asmara (where I lived at the time), and I guess despite the presence of skilful doctors who could have handled my broken arm very successfully, chose to take me to a ‘habesha doctor’, a woman who practiced her profession in her house. My father did so because Habesha medicine had the confidence of a large section of the population. (Incidentally, it still does, though over a smaller section of the society). My father’s confidence was well-rewarded as my ‘habesha doctor’ did a very successful job, and treated my broken arm as if I had received a cast in a modern hospital.

I have not complained about my arm since then.

“It’s not as easy as it seems to study agriculture!” Niat Abraham

Deki Erey: the vast opportunity of today and tomorrow