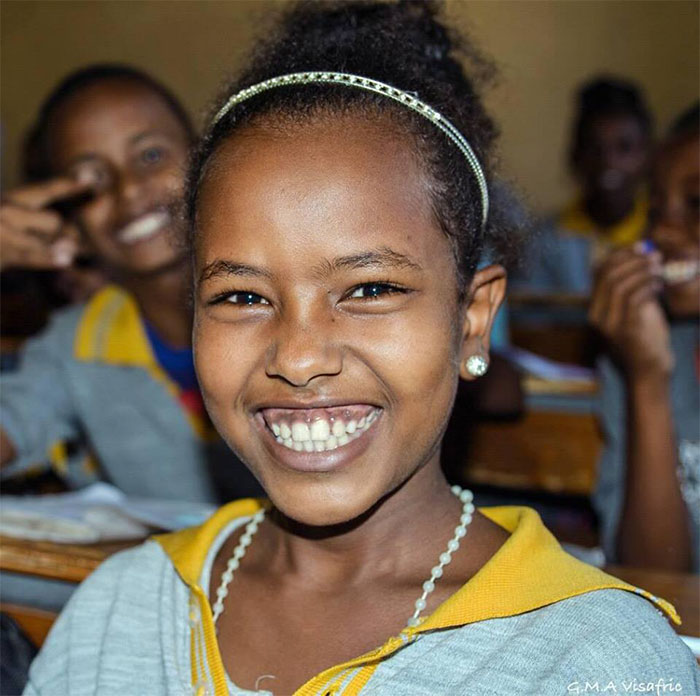 Recently, a friend and I went to visit a woman, who recently returned to Asmara from a visit abroad. She was my children’s teacher and knew my family well. I didn’t know her family as much as she knew mine. Therefore, the day my friend and I visited her I was a complete stranger to her old mother. Unlike me, my friend was a frequent visitor and well-known by the family in question.

“I am here,” my friend announced loudly, as he pushed the gate open, and approached the woman and her old mother, who were chatting in the courtyard. He was unusually loud, but that is how he talks when he wants to say something funny. He has an unusual sense of humour. For this reason, it is not possible not to smile if he said something amusing.

He had not recently visited the family in question because he was busy. His wife and his-mother in-law had lately returned from a visit to a neighboring country. As is common in Eritrea on such occasions, he had to receive and entertain well-wishers who came to congratulate his wife and mother-in-law on their safe-arrival.

“So when your wife is back,” our host said, laughing, “you made yourself scarce.”

“No, I am here,” my friend replied, addressing himself to the old woman and laughing in turn. “I am here to present you a police summons. See,” he said, pointing towards me. “I have a witness here.” He waived the piece of paper in air in a mock-attempt to show that he was serious.

The old woman, who must be about 80, was laughing. “Let me see,” she said, trying to take the paper out of his hand.

“I am not joking,” he said and handed her the paper.

Usually, when I am among people I don’t know well, I am very self-conscious. In such occasions, you don’t have many things in common to talk about. Even if I were a great conversationalist, I don’t think I could have said much to the old woman due to age and other barriers between us.

I didn’t say much to the old woman, but I didn’t feel in the least self-conscious due to my friend’s sense of humour. As a first comer, I was not the center of attention, as my friend kept the woman and her daughter talking and laughing almost throughout our visit.

Some sense of humour is very important, as it oils relationships and makes interactions between people a lot smoother than without it. A few years ago, I taught in a school, and the school director went over the performance appraisal checklist in an attempt to acquaint us with the criteria by which our performance would be evaluated. The checklist included a number of points, and towards the middle of it, it had: “sense of humour”.

At that time, I didn’t in the least understand why on earth ‘sense of humour’ should be among the criteria, and how important it could be for a teacher. The question that struck me at the moment was this: Does a good teacher need a good sense of humour to be effective? I could not decisively answer the question then though I had observed teachers often telling jokes during classes.

One of the things students want in a classroom is a relaxed atmosphere. Experienced teachers understand this perfectly and often give their students opportunities to tell jokes, or tell jokes themselves. They realize that after a student finished telling a joke, the atmosphere changes and their students become more relaxed, more interested in and receptive to the rest of the lesson.

Jokes do not just change the relationship between the teacher and his students. They also change, or at least students’ attitude to, a situation or their conditions. Tired people feel less tired or they feel more rejuvenated after a joke or two.

I don’t know much about the other people’s (or nations’) sense of humor. But a title on a book of jokes made me think that it may not be common in other nations. “Zare Enkwan Ensaq” is the title of the Amharic book I am referring to. Through the title, which can be translated as, “Let’s at Least Laugh Today,” the editor invites his readers that they should read his book and laugh at least that day. He implies that laughter is a rare commodity among his readers. If this is the case in other countries, our world should be famished for humor.

In Eritrea, we have some joke books but I don’t think we have enough. Eritreans do love telling and listening to jokes. However, they do not normally tell jokes through books or in audience-packed halls, though this was common practice many years ago. Now, mobile phones and other technologies have replaced cinema halls. It is true even now that some able comedians present their works during Independence Day shows and other occasions, such as Festival Eritrea. These annual events offer people opportunities for laughter by inviting comedians to the stage to showcase their comedies and jokes. However, Eritreans experience their day-to-day lightest hours after work, when they gather for a drink and share and tell jokes in groups, and as they gather around their drinks in bars and local beer houses.

Jokes, as observations on the behavior of people, comment on the life of people who do not conform to the social norms set by the society. Through jokes, the society attempts to align divergent opinions to its norms, or at least share its views with members.

Some of the most common jokes I have heard are of housebreakers, drunk people, or cheating husbands, or wives. The latter are not the kind of jokes that make people squirm but make them roar with laughter. At the same time, they warn people lest they find themselves in the same unpleasant and shameful situations.

Jokes about drunkards, a behavior that’s frowned upon, abound in Eritrea. They present drunken people in unfavorable light, showing listeners that drinking distorts judgment and drunken people can’t possibly function as responsible citizens if they didn’t drink in moderation. Though they don’t condemn drinking, these jokes show that drinking, if taken too far, could spell the drinker’s doom.

One day, a Tigrigna joke goes, a man spent the whole evening drinking. He said he had enough and was on his way home when he lost his house-key. He did his best to find it. Whatever he did, however, he could not locate it. 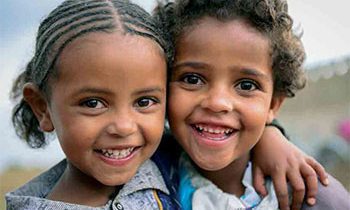 Finally, he decided to look for it in another place. As he did so, a policeman in night patrol saw and asked him what he was doing.

“Did you lose it here?” the policeman asked.

“No,” the drunk man answered, “I lost it in the dark place over there.”

“Then, what are you doing here?”

“I am trying to find it here,” he answered. “Because this place is full of light.”

The story of the two drunkards is so well-known that a popular expression has developed out of it. Tinfer ember Tiel eya, an expression used against people who fly into the face of commonsense and willfully defy logic or reality. “Stop arguing,” people say if they felt that their interlocutor is defying logic. “Don’t make it a case of Tinfer ember Tiel eya.”

Two drunk men, after they had had it to their feel, started on their way home. Some distance from the bar they had an argument because they could not agree if the animal they saw some distance from where they stood was a bird or a goat.

Finally, the first man approached the animal and threw a piece of rock at it. Frightened, the animal flew away.

“Even if it flew, it is a goat,” the other replied.

I remember a short verse in English about a woman called Bertha and her husband, which tells the effect of a joke on the woman and her husband. In a few lines, the verse tells that jokes send the man into a guffaw while Bertha acted as if the jokes hurt her.

There are always people who don’t enjoy or even do not encourage other people to tell jokes or laugh when they hear a good joke. In Eritrea, such people quote a Tigrigna proverb, “Sini asha quri wed’eo”. Literally, it means “A foolish person exposes his teeth to cold weather.” It is unfortunate that there are such kinds of people in the world. But, fortunately, these are rare and far between.

The Child in an Adult