The Child in an Adult 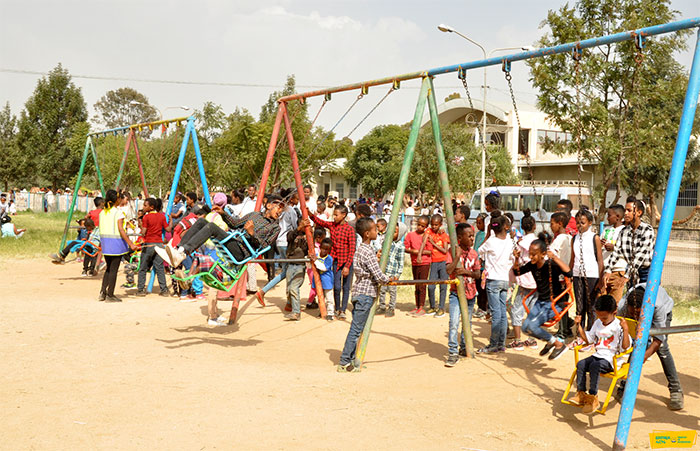 International Children’s Day was commemorated Friday, November 20, for the 25th time in Eritrea under the theme “Proper Treatment of Children: The Cornerstone of a Prosperous Nation.” It is a day the world renews its commitment to the wellbeing and security of children.

This time, had the world been normal as it was a year back, we would have celebrated Children’s Day as a special day giving the people of the day whatever they ask and taking them wherever they like, singing and dancing and eating. This day was probably one of the days when children got away with asking for whatever they wished for. Unfortunately, they could not celebrate it the traditional way, having fun, because they have to abide by the social distancing measures due to Covid 19.

According to the international convention on children, childhood is separate from adulthood and lasts until 18; it is a special, protected time, in which children must be allowed to grow, learn, play, develop and flourish with dignity. In compliance with the world’s convention on children, the Eritrean government works to ensure children’s rights and welfare. It gives children access to free education and health. It builds schools in remote areas, works to increase enrollment and retention of girls in schools and keeps vulnerable children fed. In terms of health, in 2019, 50,054 children under-five were vaccinated against measles as a preventive measure through the routine immunization program, and 81,640 children affected by diarrhea were provided with access to life-saving curative interventions.

The Ministry of Labour and Social Welfare (MoLSW) has been working with other stakeholders to strengthen child protection (SDGs (Sustainable Development Goals) 5 and 16) through child rights committees at the regional and sub-zone levels, community-based rehabilitation for children with disabilities and child and adolescent participation. Last year, children and youth participated in a major event commemorating the 30th anniversary of the Convention on the Rights of the Child. 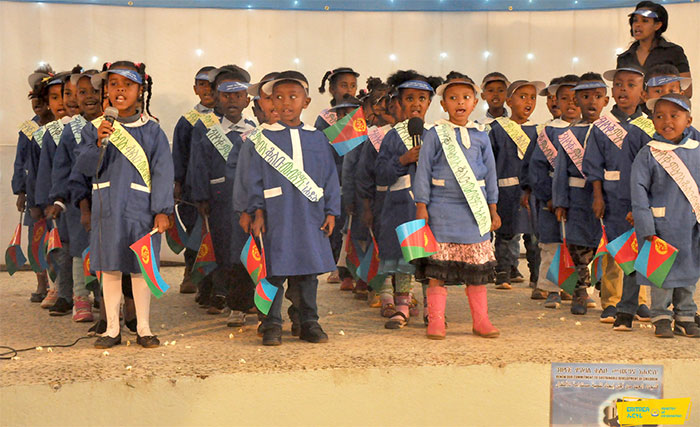 Taking to heart the saying “It takes a whole village to raise a child,” people take responsibility for the welfare of children not because they gave birth to them but because they realize children need care and guidance. The society is not limited to providing children their basic needs such as food and shelter but also their needs to build their psychological and moral state rooted in the norms of the Eritrean society.

Many people, including myself, claim their childhood to be one of the best times of their days in the world. As I was preparing this piece, I had asked some of my friends what their best memories of childhood were. Celebrating ‘hoye hoye’ around the holy cross time, singing and dancing in the neighborhood, playing ‘hide and seek’ as if our lives depended on it, getting pocket money to buy candies and visiting friends’ during Eid Alfetir to eat samosa were some of the many special memories they mentioned. I remember gathering around chatting and asking older siblings to tell us stories, going to picnics with friends and visiting the countryside and experiencing a lot of adventures.

We all have a lot more to say about our childhood. When people, including my parents, were telling me about their memories, I could see the children in them. I have always believed that there is a child somewhere inside all of us that we sometimes project to the world.

As the theme for this year’s Children’s Day goes, children are the foundations of all that is to happen in the future. They are an indication that, against all odds, there is still hope for the goodness to prevail in the world.

International Children’s Day, which has been celebrated for the 62nd time worldwide, was first announced in 1925 in Geneva during the World Conference on Child Welfare to promote the declaration of the rights of children by the UN General Assembly.