Many villages suffered devastating losses during the 30- year war of the Eritrean liberation. Following the dictum of their emperor that “it’s Eritrea’s land that we want, not its people”, successive Ethiopian governments committed untold atrocities to exterminate the Eritrean people. The Ona massacre was one of the numerous atrocities committed against Eritrean civilians by the Ethiopian colonial army.

In Ona, a village two km from Keren, and surrounding villages, the colonial army killed the inhabitants, looted their properties and burned their houses in retaliation of the killing of Major General Teshome Ergetu, commander of the second division that was stationed in Eritrea. The commander of the Ethiopian army in Eritrea was shot on 20th November 1970 at a place between Balwa and Habrenbeqa, and on Tuesday morning, 1st December 1970, the Ethiopian army got off their vehicles in Ona and started shooting indiscriminately. No one was spared. Human beings and animals were targeted. Families melted like plastic in flames in their homes. Ona turned into a hell on earth. The blood of the defenseless civilians covered the ground and the sky turned dark with smoke. More than 800 people died, including pregnant women, children and elders.

Residents of Keren watched the tragedy at Ona unfold. Keren was completely overwhelmed by the atrocity. Some people ran away from the town and some went to the mosque and the church seeking protection. The elders of Keren, led by Sheik Abdulahi Said Bekri and many other notables, went to meet the commander of the Ethiopian army in Keren. When they met him, Sheik Said Abdullahi courageously said, “We will not shake your hand because your hand is not clean. The blood of the innocent people is in your hand. We came to ask for permission to bury our brothers and sisters.” The commander gave them half a day, and on Wednesday, 2nd December 1970, the people of Keren went to Ona, buried the dead and took the injured to hospital. Eye witnesses said 20-50 dead bodies were buried in one pit.

Before Ona, on 30th November 1970, Besikdra, located 20 kilometers north east of Keren, was targeted by the Ethiopian army for a mass killing. On that day, the army opened fire at the village mosque and killed 120 people who had sought sanctuary in what they thought was the safest place. Overall, 220 Eritreans of all ages were killed in the village.

The aim of the mass killing in Ona, Besikdra and surrounding villages was to terrorize and demoralize the people. It was a pattern for Ethiopian leaders and their army to intensify attacks on defenseless civilians after every defeat on the battleground. Emperor Haile Selassie burned villages after ELF and EPLF forces challenged his presence in Eritrea. The Derg also followed the same strategy of turning the gun on civilians after every military defeat. The TPLF, too, inherited the political legacy of its predecessors. After it declared war against Eritrea and was defeated by the Eritrean defense forces on the battleground, it turned to civilian Eritreans who lived in Ethiopia and deported them, separated them from their families and confiscated their properties. 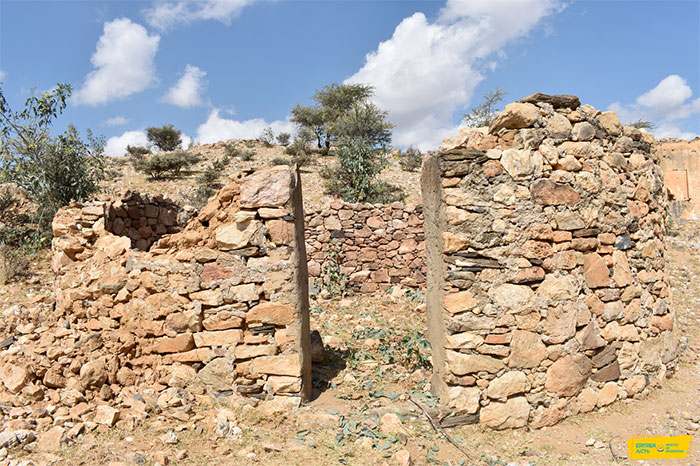 The ordeal of the Eritrean people during the struggle for independence from the brute colonization of Ethiopia was numerous. Under Ethiopian colonial occupation, the Eritrean people faced oppression and destruction. Successive Ethiopian governments intensified genocidal acts in an attempt to crush the armed resistance of the Eritrean people and pursued a scorched earth technique of destruction and terror to impair the fighting spirit of Eritreans. In his book ‘The Red Tears’, Dawit Woldegiorgis, an Ethiopian colonial officer in Eritrea, admitted the brutality committed by the Ethiopian army. He wrote, “The army … did not concentrate on attacking the guerrillas directly; instead it devastated the villages suspected of harboring them.” The military strategy of successive Ethiopian regimes did not differentiate between the military and civilians. Your Eritrean identity was enough for the army to attack you.

The Ona massacre is commemorated by Eritreans every year in December in honour of the victims, and many poems and songs have been dedicated to it. Last week, the 50th commemoration event was held in Ona and was attended by government officials and survivors of the atrocity and their relatives. Fifty years after the massacre at Ona, the psychological wound left by Ethiopian colonizers is still felt today and may need more time to heal. But the people and government of Eritrea have chosen not to dwell in the past believing that focusing on the future is the way to peace and development.