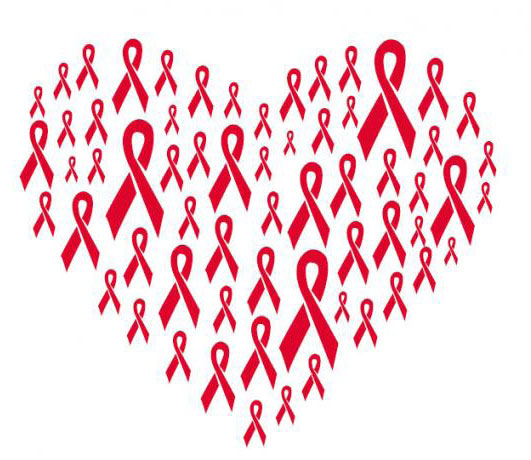 World AIDS Day was observed on December 1st under the theme ‘Global Solidarity and Shared Responsibility.’ As the world is in the midst of a health crisis caused by COVID-19, it was emphasized at this year’s observance that the maintenance of essential HIV services should be given due consideration alongside the urgent response to COVID-19. World AIDS Day is important because it reminds the world that HIV has not gone away – there is still a vital need to raise money, increase awareness, fight prejudice and improve education.

Globally, there are an estimated 38 million people who have HIV. Despite the virus being identified only in 1984, more than 35 million people have died of HIV or AIDS, making it one of the most destructive pandemics in history. December 1st is an opportunity for people worldwide to unite in the fight against HIV, to show support for people living with HIV, and to commemorate those who have died from AIDS – related illnesses.

When I was in high school, on World AIDs Day, we were encouraged to participate in extracurricular activities intended to raise our awareness about the virus and members of BIDHO Association for people living with HIV/AIDS would come to our school and deliver their testimony. Their courage always amazed me and the fact that they were so open to any questions was remarkable. I think their restless effort, combined with the government’s efforts in providing platforms, have paid off.

In an interview with Eritrean News Agency on the occasion, Ms. Nigsti Tesfamichael, head of HIV/AIDS and STDs Control Unit at the Ministry of Health, said that the HIV infection rate in Eritrea, which was 4.3% in 2003, has been declining to less than 1% since 2016 and to about 0.37% in 2019 owing to the coordinated efforts made nationwide. She added that since 2011, the Ministry of Health has been working to lower HIV infection rate to zero by reinforcing awareness-raising campaigns. This has led to an increase in the number of youth voluntary annual checkups, which is over 90 thousand annually.

Ms. Nigsti emphasized that antiretroviral drugs are being regularly given to HIV-positive nationals and that the impact of COVID-19 pandemic on the nationals with HIV is minimal. She finally highlighted the UN new resolutions as a way to tackle the challenges associated with AIDS. One of the resolutions stresses that missing the global targets for HIV for 2020 should not be a setback but a renewed call to do better and fight till 2030. The other resolutions call for the use of innovative HIV services to ensure continued HIV care; the engagement and protection of nurses, midwives and community health workers; and the prioritization of the vulnerable – the youth.

Eritrea’s success in combating HIV/AIDS is founded upon a multi-sectorial approach that also involves the targeting of harmful societal behaviours and traditions. Specifically, the country has: targeted traditional and patriarchal stereotypes and practices, including banning child marriage and FGM/FGC; focused on improving gender equality and decreasing the burden of poverty borne by women; and sought to reduce stigma and discrimination. Furthermore, community awareness programs have been vigorous and effective in the social marketing of condoms, communicating safe practices, offering educational programs, and providing youth or peer counselling.

The country’s commitment to the rights and health of citizens living with HIV/AIDS is also illustrated by considering the high levels of support for antiretroviral therapy (ART), which helps avert HIV/ AIDS related deaths and is a critical factor in driving down the rate of new infections. Additionally, Eritrea has established numerous Voluntary Counselling and Testing (VCT) and Prevention of Mother to Child Transmission (PMTCT) centers throughout the country. VCTs offer rapid testing and pre- and post-test counselling, are staffed with trained counsellors, and operate according to national guidelines, while PMTCT centers chiefly focus on pregnant women, offering testing services and supporting those found HIV-positive in preventing the transmission of HIV to their children.

Considering Eritrea’s figures and progress in the context of its various socio-economic, development, and regional challenges or in comparison to other countries throughout Africa, the country’s success becomes particularly striking. Potentially serving as one of the models for Africa, Eritrea’s HIV/AIDS success also illustrates what can be achieved with a self-reliant approach, a capacity to adapt, effective coordination, and cost-effective projects. At the same time, however, the potentially devastating consequences posed by HIV/ AIDS – in terms of human rights, severe human toll, and national developmental disaster – mean that the country has little room for complacency.

World AIDS Day was announced in August 1987 by the World Health Organization to be observed on December 1, making it one of the eleven official global public health commemorative events.