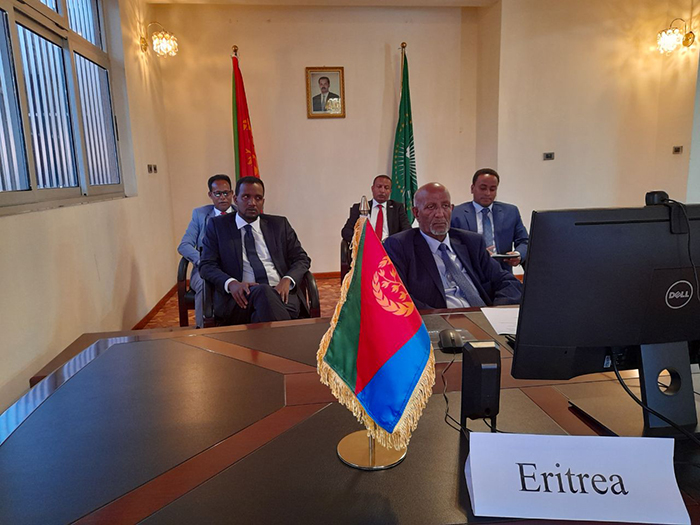 Asmara, 08 December 2020 – An Eritrean Delegation led by Ambassador Araia Desta, Permanent Representative of Eritrea to African Union and UN Economic Commission for Africa (UNECA), participated at the 21st AU Executive Ministerial Council meeting as well as at the two extraordinary sessions of the African Union Assembly held on 2, 5 and 6 December consecutively.

Consequently, the 13th Extraordinary Session of the Assembly of the African Union on Africa Continental Free Trade Agreement (AfCFTA) adopted the decision on the start of the free trade program.

34 African nations have so far approved the implementation of Africa Continental Free Trade Agreement (AfCFTA) which is planned to commence on 1 January 2021.

In related news, the 14th AU extraordinary summit that was held on 6 December endorsed the decision on the implementation of “Silencing the Gun: Creating Conducive Condition for Africa’s Development” initiative

At the end of its session, the 14th AU extraordinary summit agreed to postpone the road-map of the implementation of the initiative from 2020 to the next 10 years (2021-2030).

The African Union’s ‘Silencing the Gun’ initiative that was ratified on 2017 was planned to be implemented on 2020.