Art: work of emotions! Turning script to- as real as it gets- through the eyes of the lens 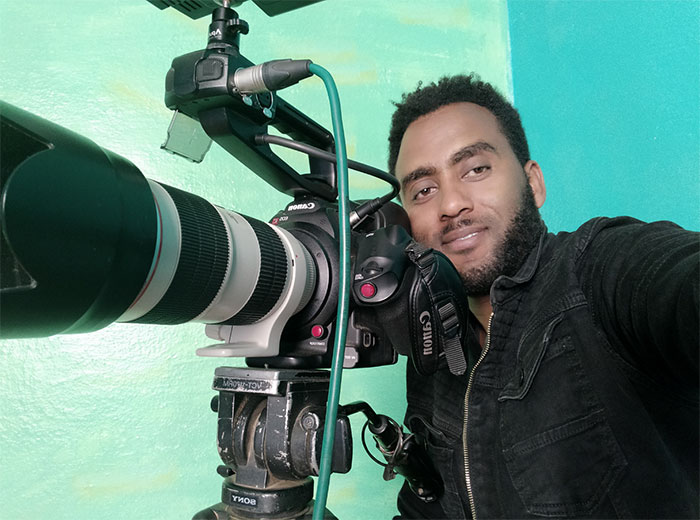 Growing up, fascinated by the stories in the movies he watched, Abel Tekeste, who is 31, wanted to someday be a writer and make films. His journey led him to a career he aspired to as a child. His name, Abel T., has been posted on many music clips since 2011. He says, “Reading is something that keeps my creativity alive,” when talking about where he gets his knowledge from.

Abel T. has worked with many artists and has made so many clips that he can’t keep track of the number. He is a writer and an internationally awarded cinematographer and director.

How did it all start for you, Abel?

As I grew up watching movies, I found myself becoming passionate about writing. I wanted to take writing to the next level. I understood that writers express their ideas and views on a piece of paper, and those ideas and stories would never be good or perhaps real if the director does not do a good job properly turning those writings into reality. Besides, all this would never work if the camera doesn’t very well capture those stories and how they are told. This includes all the procedures that cinematography requires, from good time management to the lighting and the angles shots. Everything seems a bit different when looked from the camera lenses. Learning this on my way while I was writing, I had the urge to know more about the field since all those things I just mentioned were related. I got into cinematography through a friend who had an experience with camera. I have taken basic cinematography lessons at different times. But most of the knowledge I have comes from reading articles and books. The few classes we get here regarding cinematography are only basic; everything else, we have to search on our own. While on the topic, I think that designing higher-level classes regarding the media production could be beneficial. I believe that it can bring a lot of change in the advancement of professionals or interested individuals who could do well in the career. 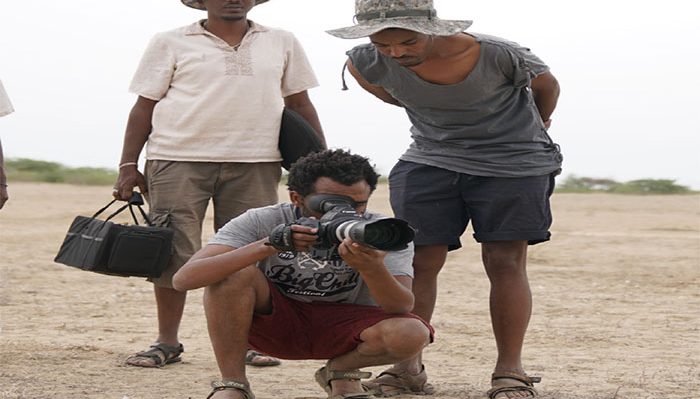 Was it hard to shift from being a writer to being a cameraman?

Not at all. I knew what kind of efforts the profession required. I don’t think that people really understand the hardships associated with this profession. All the public sees is this brand new music clip, and may be enjoy the melody and admire or criticize the work. But the efforts the whole crew makes just for a five-minute video clip is amazing. There are times when the weather doesn’t cooperate after travelling hundreds of kilometers to shoot a scene and we extend our stay for days. There are times when we don’t stop shooting for a week or two. All these challenges take us away from our families and friends when we travel long distances to shoot in the different parts of the country to make the clips. We usually try to take advantage of our natural sceneries in the videos. Of course, as I said, there are some encounters in the process but all is worthwhile when the work is completed.

You have been awarded locally and internationally. Would you please tell us about the short film that was awarded at international film festivals?

The film was given gold at Indfeast Film Festival, another gold at the Best Short Film Competition Festival, and seven gold awards at the Depth of Field Film Competition Festival, and as a cinematographer, I was awarded the Exceptional Merit Cinematography award. The short film we made also received gold at the Aklaid Film Festival and anther gold at the Global Film Festival. From the beginning, I was interested when I first read the script of the short film that was given all the awards. I had the whole idea of how I was going to shoot the scenes and had a list of places in my head. What is really surprising is that not one of the people who participated in “Ziena Erfeti” was paid. Since the movie was originally prepared for the international contest, everyone was determined to produce a good work that wouldn’t let us down. The editor’s part (Kemal Abdulrahman, Aka Kemal Dino) was another high point of the movie; he was thinking outside the box and presented a great work.

Besides that, I was given Shamot award for “best cinematographer” in 2019 in Asmara.

What is the most important thing for you as a cinematographer and director?

Ever since 2011, I have worked with most of the artists, but my work is mainly connected with directors. I also do direct myself. I have made music clips and new movies are in the making. In my field, team work is what makes a work of art great. In making a music clip, after listening to the song and what it is about, the director lead the story. After understanding how the director wants to tell the story, it is the cameraman’s job to figure out ways to make the pictures seem real. To make this happen, there has to be teamwork and communication among the members. Art is the work of emotions, and there is always something that touches the audience’s feelings. How do you make this happen for someone, through the music, the story and the actions and images on the screen? That is what makes this job even harder because we have to get into different minds and create an emotion through our work. Art mirrors the society, and entertaining people with an artistic work that doesn’t misrepresent the societies’ views and culture is something we work hard for, adding stress to the job.

Nonetheless, I believe, over the years, our video productions have improved enormously. I am not saying that our clips or videos were bad in the past; I just mean that this time we are at a stage we can be known through our media productions. Honestly speaking, even though everyone who is following the career, are brilliant and all the artists are being creative only with their skills and passion. I admire all the artists in my trade because, in spite of all the challenges they go through, they manage to present works of art that are excellent and entertaining.

Anything else, at last?

I want to tell all the artists that we all should have a strong will to communicate with one another. There shouldn’t be competition among one other. The goal should be bigger, bigger than all of us, and we should work to get our names internationally recognized.