It is quite breathtaking to see human made lakes in areas that were once arid and dramatic change in the ecosystem and the lifestyle of people who live in such areas. The development endeavors have triggered a chain of transformations in infrastructure, which are obvious in the Gash-Barka region.

The Gash-Barka region is known for its hot climate. Fanko-Tsumu’e is a place in the region. Tsumu’e roughly means “arid.” Some places, including Fanko-Tsumu’e and Kerkebet, were hardly conducive for farm activities due to scarcity of water. This natural barrier has now been overcome with the construction of dams and soil and water conservation activities such as afforestation and the construction of water catchments.

The construction of dams takes the lead in bringing about the multifaceted achievements that are being registered. The construction of rock fill and concrete, earth and masonry dams has been a driving force for the transformation of arid areas in to agricultural hubs. This development opened a venue for agro industry, such as Banatom (banana and tomato processing plant), pre-cast factory, general metal, vehicles and farm machinery maintenance workshops and cold stores in Alebu. 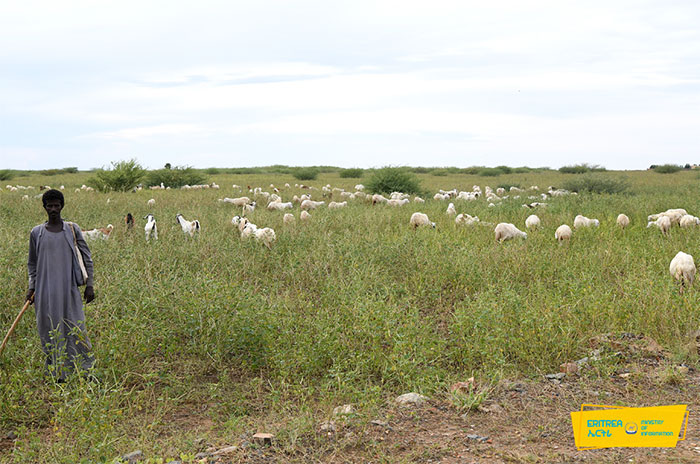 As Eritrea’s rivers are seasonal, lack of water dams in the past was a major cause of wastage of abundant water and fertile soil during the rainy season. Research carried out from 1992 to 1997 at different sites of the Western lowland, particularly in the Mereb-Gash River basin, to explore water resources for the development of agriculture and the supply of potable water in rural areas reflects the far-sighted vision of the Government of Eritrea. The construction of dams in different areas of the Gash-Barka region has triggered farm activities over thousands of hectares of land to grow cereals and cash crops and raise animals.

Fanko Tsumu’e, Fanko-Rawi and Gerset are earth dams that were constructed by Segen Construction Company between 2003 and 2011 as part of the Government’s intensive Gash-Barka dam construction plan. Kerkebet dam, which was constructed by Red Sea and Bidho construction companies is Eritrea’s biggest concrete and rock fill dam. The construction of these strategic dams has been instrumental in redressing the natural environment of the localities in which the dams have been constructed and a driving force for an improvement in the living standards of local communities.

The Gash-Barka region is known as the bread basket of Eritrea. Therefore, the construction of the dams is expected to take the region’s potential to new heights of prosperity by augmenting its water resources.
Besides progress in farm activities, the construction of dams in the Gash- Barka region, which have also been creating employment opportunities for new graduates, has become a platform for human resource development. The farm areas under the dams have been ideal workshops for graduates from colleges and vocational training centers to hone their skills and increase their know-how through hands-on experience.

It is not only the construction of dams that needs to be emphasized here. Roads have been constructed to help with the transport of construction and irrigation materials to the dam sites, and once the dams are constructed, these roads link the farm areas with market places, leading to a chain of development in a wider area of the Gash-Barka region. Power stations have also been installed in the areas where dams are constructed and farm activities are flourishing. These developments have become the reason for a growing population in the previously less populated areas of the Gash-Barka region. 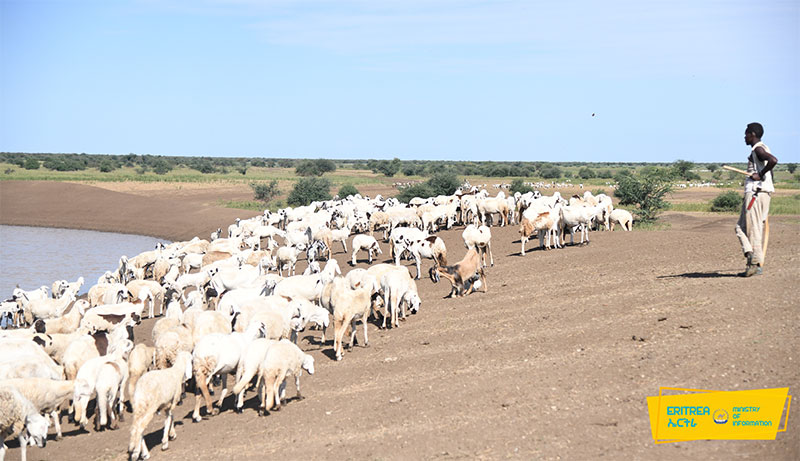 Overall, the availability of irrigable land, abundant water, electricity and roads is transforming the living standards of the people in the remote areas of the Western lowlands. Pilot agricultural projects around the dams have demonstrated that the Gash-Barka region is suitable for the cultivation of a wide range of fruits, vegetables, cereals and cash crops and ideal for livestock. The farm products have been satisfying the needs of not only the communities living around the dams but also the markets across the country. Livestock and dairy products have been increasing in amount and in quality.

Bademit and Aligidir dams have also been constructed for agricultural development and for livestock. Pastoralists, who used to travel to Tekeze River in search of water for their cattle, have now been making use of the water resource impounded in Bademit Dam.

The “can do” spirit of the government and the people has transformed arid areas into ever green wetlands. The construction of dams and the farm activities are stepping stones for a chain of other developments that led to urbanization of some villages in the Western lowlands. The dams have also created a mesmerizing beauty to the natural scenery. The dams are generating a vibrant ecosystem and paving the road for a prosperous future in the country’s agro industry.

In a series of articles, we will present major development undertakings in Eritrea’s Western Development Zone, which is part of the development programs being implemented to ensure an even distribution of resources across the nation.