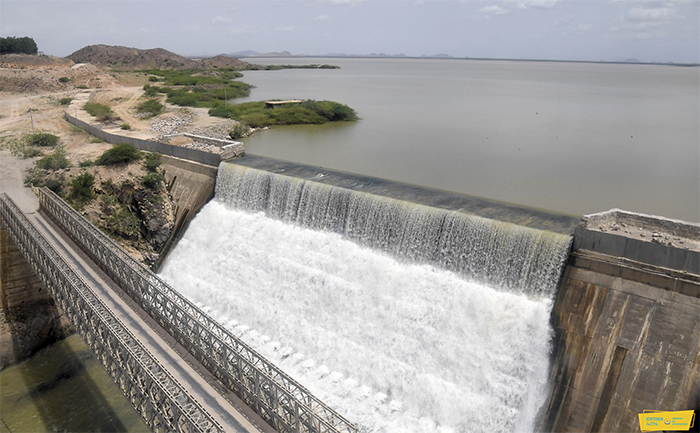 The last edition of Eritrea Profile (published on Saturday 12 December) featured a very interesting article entitled, “Transforming Arid Zones into Wetlands”. Written by Kesete Ghebrehiwet and part of a larger series that explores major development undertakings in Eritrea’s Western Development Zone, the article is full of details and it sheds important light on a critical aspect of Eritrea’s national development efforts. I certainly found the piece to be highly informative and can only recommend that everyone takes a moment to read it when they have the opportunity. It is well worth your time. In the following few paragraphs, I offer a deeper look at some of the points raised in the recent article, sharing some general thoughts and hoping to extend the conversation.

To begin, one of the main reasons I especially appreciated and greatly enjoyed the recent article was because of its broad focus: Eritrea’s rural areas and people. This is important for several reasons. Too often, when we think of and talk about developing countries (or any countries for that matter), we tend to restrict our thinking and discussions to national capitals or large urban areas. This emphasis or “urban bias” is frequently guided by an underlying sense or belief that these areas are the only places that matter or are somehow of greater importance and more significant. Rural areas and populations generally are undervalued, remaining almost forgotten and basically an afterthought. Unfortunately, there can also sometimes be a harmful accompanying sentiment where rural areas and people are disdainfully looked down upon and considered as backward or uncivilized.

However, we must keep in mind the fact that so much of the developing world – including Eritrea – is rural. Rural areas and people are an integral part of our societies and they are vital cogs within our economies. According to the International Labour Organization, over half (with some estimates suggesting as high as two thirds) of Africa’s population live and work in rural areas, which offer huge land surfaces. Moreover, agriculture represents approximately 65-70% of jobs in Sub-Saharan Africa (with similar percentages for Eritrea). Thus, Kesete’s recent article, focusing on rural areas and communities in Eritrea, is positive and significant. Not only does it help us to learn more about these lesser known, sometimes overlooked regions and populations, it also encourages us to value and appreciate how pivotal and important they truly are to our society.

Another significant point to note in relation to the article is the fact that many of the projects and initiatives described (such as dams) are highly effective and functional. They are not simple vanity projects or what are often called “tsada harmaz” (“white elephant”) projects. As a brief reminder, white elephant projects are typically large, expensive infrastructure projects that focus more on flash or prestige than efficiency or function. Found across many parts of Africa and the developing world (although not solely restricted to these areas), white elephant projects are often poorly designed and constructed, take “forever” to build, end up as ineffective or fail to fulfill their original projected purpose, and become very expensive to maintain. It is also quite common to eventually find them sitting idle or get targeted for removal. 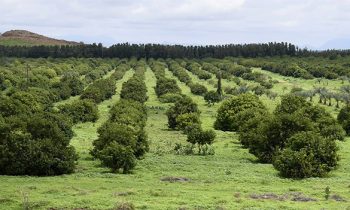 In contrast, however, the projects outlined and described in the recent article have been a “driving force for an improvement in the living standards of local communities [in Eritrea].” For instance, they have provided local communities with sufficient water supply for their households and to irrigate their farms. In addition, the projects have brought the convenience of electricity to communities, helping to improve quality of life and supporting education (e.g., many surrounding schools have begun to offer computer classes to students, thus enhancing lessons, while young students with electricity at home have been able to study or complete their homework in the evenings through the benefit of light).

The extent of the positive changes and developments arising from the projects described in Kesete’s article were captured in a memorable conversation that I had not too long ago in a small village outside of Asmara. While eating a traditional meal with a group of men, women, and children from the village, I asked them about how exactly a local dam had impacted them or the community. “We are blessed,” they responded excitedly in unison and without a moment of hesitation. “The change in our lives is amazing…it is like night and day.”

The success and effectiveness of the various projects outlined in the recent article are rooted in several different factors. One is that the projects can only be constructed after a long, comprehensive process of deep study and investigation. Prior to their construction, potential projects must pass a rigorous analysis process where justification for their demand and need must be clearly demonstrated, while the size and type of projects must be shown to be in alignment with their site conditions and objectives. Moreover, the possible environmental and socio-economic impacts of projects are closely studied, ensuring that they will not have any significant harmful impacts on communities and the environment.

Additionally, over many years of constructing hundreds of dams, catchments, and other development projects of all types and sizes, Eritrea has acquired a considerable amount of experience, learned important lessons, developed useful innovations, and also extracted key insights from international partners. This has not only contributed to improved design and construction capability, it has also led to a better ability to address potential issues, challenges, or complexities, substantial reductions in cost, considerable improvements in project safety, and significantly shortened construction times.

Finally, the overall success and effectiveness of projects has also been an outgrowth of the fact that projects are not solely led and implemented by technical experts and engineers. Instead, local communities are heavily involved, participating in idea generation and proposals, planning, construction, and management of projects (e.g., through open discussions and contributions of cash, kind, and labor).

As a result of active community support and involvement, the various development projects have been responsive to the direct needs and concerns of the local people. Moreover, general success and long-term sustainability has been promoted since communities take responsibility, are empowered, and retain a sense of ownership.

The Bicycle – the Machine that Has Become Eritreans’ Friend