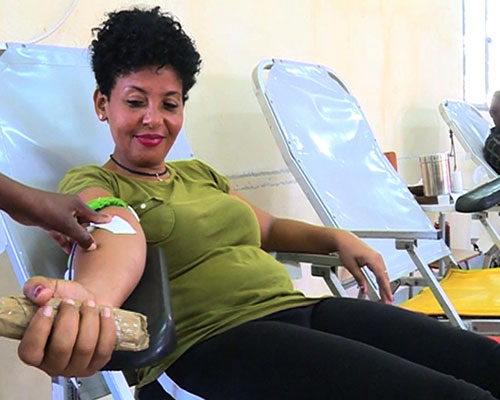 The Chairman of the Blood Donors Association in the Northern Red Sea region, Mr. Ahmed Jaefer said that the initiative taken by the Government employees attests to the strong awareness of the public on the importance of voluntarily blood donation in saving lives.

The employees on their part expressed satisfaction for the initiative they took and called on others to follow their example. They also called for sustainable awareness raising activity so that the public takes voluntary blood donation as a culture.

According to document from the region the Voluntary Blood Donors Association in the Northern Red Sea region has branches in the sub-zones of Ghinda, Afabet and Nakfa.