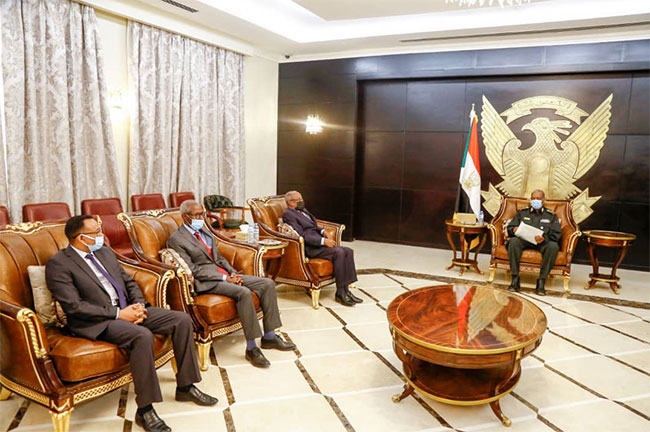 The delegation delivered a message from President Isaias Afwerki congratulating the people and Government of Sudan on the occasion of Independence Day and the New Year.

General Abdul Fattah Al-Burhan, on his part thanked President Isaias Afwerki and expressed his best wishes for the New Year to the people and Government of Eritrea.