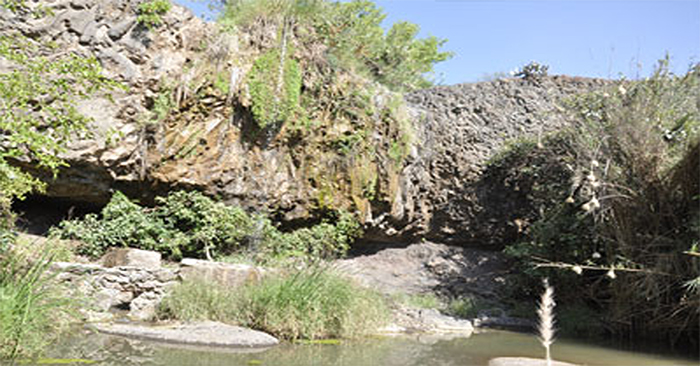 Mental illnesses (also sometimes referred to as mental disorders) are conditions that affect an individual’s thinking, feelings, moods, and behaviors. They are associated with distress and/or problems functioning in social, work, or family activities. Ranging in duration from temporary or occasional to long-lasting (which is called chronic), mental illnesses can impact an individual’s ability to function, substantially interfere with or limit major life activities, or affect how one relates to and interacts with others.

Contrary to popular general perceptions, mental illnesses are actually quite common. In fact, medical research and estimates from international organizations suggest that mental health conditions will affect as many as one in four people at some time in their lives. Globally, mental illness remains a considerable challenge and problem. For instance, according to the World Health Organization (WHO), the global burden of mental disorders continues to grow with significant impacts on health and major social, human rights and economic consequences in all countries of the world. Based on recent figures and data, around the world an estimated 264 million people are affected by depression, about 45 million people are affected by bipolar disorder, approximately 20 million people are affected by schizophrenia, and an estimated 50 million people have dementia. Notably, since the WHO declared the coronavirus a pandemic early last year, mental illnesses, such as depression and anxiety, have surged in populations around the world.

Importantly, there are effective treatments for mental illnesses and a number of different ways to alleviate the suffering caused by them do exist. Generally, with appropriate treatment and support, people that are affected by mental illnesses can continue to function in their daily lives. Treatment plans, which will depend on the type of illness and its severity, can include some form of therapy, the use of medications, systems of social support and education, or intensive treatment and hospitalization.

Regarding treatment, care, and services for mental illnesses, Eritrea has a small network of mental health facilities and services. The main mental health facility is Saint Mary’s Neuro-Psychiatric hospital, located in Asmara, which provides inpatient care and long-stay residential services for people with mental disorders. Built in 1971, it provides both inpatient and outpatient services. Another community residential care facility serves those with relatively stable and chronic mental disorders not requiring intensive medical interventions. Additionally, there are some psychiatric units attached to general hospitals in different administrative zones of the country.

Notably, essential psychotropic medicines, which are considered effective treatments for mental disorders, are available within health facilities. Various types of medicines are provided to patients, such as antipyschotics, anxiolytics, antidepressants, mood stabilizers, and antiepileptic drugs. In accordance with the nation’s longstanding focus on and commitment to social justice, accessibility, and the right to health, patients do not pay for treatment, care, or services, and they are provided free access to medicines. It should be noted that this is especially significant since many individuals with mental disorders in Eritrea tend to come from low-income households and are often poorer than the rest of the general population.

Beyond formal and institutionalized treatment and care services, many people living with mental illnesses rely on community or family networks for support. Additionally, some may choose to turn to alternative practitioners. Since Eritrea is still largely a traditional, conservative, religion-bound society, people with mental illness and their families regard traditional healers and religious leaders (e.g., priests or ministers) as culturally appropriate and effective.

Moving forward, there are a number of steps that can be taken to help address issues related to mental health. For instance, to date, Eritrea has prioritized public health fundamentals, such as clean water, hunger and malnutrition, sanitation, vaccination, and communicable diseases. This has helped to ensure that the country has made great health-related gains. (It was one of the few countries in the developing world that entered the United Nations Sustainable Development Goals period having achieved most of the Millennium Development Goals targets on health.) However, this has also meant that mental illnesses have tended to receive less attention and focus. Moving forward, with mental illnesses likely to become an increasingly prominent issue in the country, greater investment and focus on mental health will be necessary. Ongoing efforts to train more mental health specialists, especially psychiatrists and psychologists, as well as to improve local facilities, should continue and be further expanded. Additionally, more research and work can be devoted to studying mental illness in the country, which can help to provide critically relevant information for government, policymakers, and healthcare professionals.

Second, although there has been much progress, it is unfortunate that stigma and discrimination remain a problem. Similar to many other countries across Africa and around the world, in Eritrea mental illness is widely stigmatized and poorly understood. For instance, it is often considered as a punishment from God, the result of witchcraft, sorcery, or possession by evil spirits, contagious, a sign of weakness, and a source of great shame and disgrace. Moreover, people with mental illness often encounter isolation or social exclusion, experience ridicule or blame for their illness, and are frequently considered dangerous, dependent, and unfit for marriage or work. It is not uncommon for family members of mentally ill persons to also experience stigma themselves. Beyond being a problem in itself, stigma can serve as a key barrier to mental health treatment, inhibiting both the mentally ill and their families from acknowledging the condition or seeking help.

Accordingly, more initiatives to increase public awareness, understanding, and knowledge about mental illness should be implemented. Messages must underscore that mental illnesses are medical problems and that they can affect anyone. It is also encouraging that legislative measures have been put into place to eliminate stigma and discrimination, while ensuring equality of opportunity, access, and participation in all aspects of life for people with mental illnesses and disabilities. Finally, it is necessary that we, as individuals, families, and communities, change our harmful attitudes and behaviors towards those with mental illness. We all should recognize them as capable human beings with inherent worth and we should treat them as we would want to be treated.