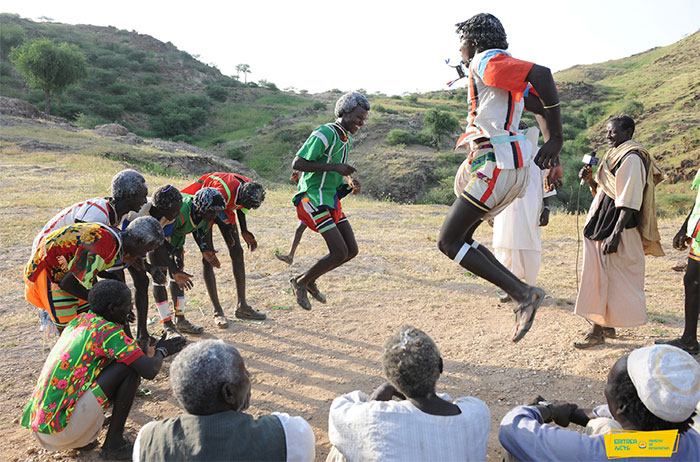 The United Nations General Assembly, along with the UN’s specialized agencies, such as the United Nations Educational, Scientific, and Cultural Organization (UNESCO) and others, designates a number of “international days” to mark important aspects of human life and history. Some of the more popular and widely known of these special days include the “International Day of the Girl Child” (observed 11 October), “International Children’s Day” (observed 20 November) and “International Women’s Day” (8 March). International days are important for learning and celebration, raising awareness and understanding, and promoting various causes. Generally, during international days, individuals, community groups and civil society, governments, the private sector, schools, universities, and other institutions or sectors organize various activities related to the theme of the day, such as debates, conferences, workshops, cultural events, and presentations or exhibitions.

In less than a week (24 January), the world will observe the “World Day for African and Afrodescendant Culture” (WDAAC). While a large number of international days have a long history and have been proudly celebrated for many years, WDAAC is relatively new. In fact, the day actually only dates back to 2019 when UNESCO adopted 24 January as the WDAAC during the 40th session of the UNESCO General Conference. One of the main reasons for selecting this date was the fact that it coincided with the adoption of the Charter for African Cultural Renaissance in 2006 by the Heads of State and Government of the African Union.

According to UNESCO, WDAAC aims to recognize and celebrate “the many vibrant cultures of the African continent and African Diasporas around the world, and promote them as an effective lever for sustainable development, dialogue and peace.” Furthermore, the celebration of this day “also aims to promote the widest possible ratification and implementation of [the Charter for African Cultural Renaissance] by African States, thereby strengthening the role of culture in promoting peace on the continent.”

In recognition of the upcoming WDAAC and inspired by its broad spirit of recognizing, sharing, and celebrating African culture, the following several paragraphs will very briefly discuss some aspects of Eritrean culture. Culture, you may recall, is generally defined as the language, beliefs, values, norms, behaviors, and material objects passed from one generation to the next. Culture may be further subdivided into material culture (which includes things such as jewelry, art, buildings, weapons, machines, clothing, hairstyles, etc.) and nonmaterial culture (which are a group’s ways of thinking, such as beliefs, values, and assumptions, or common patterns of behavior, such as language, gestures, and other forms of interaction). 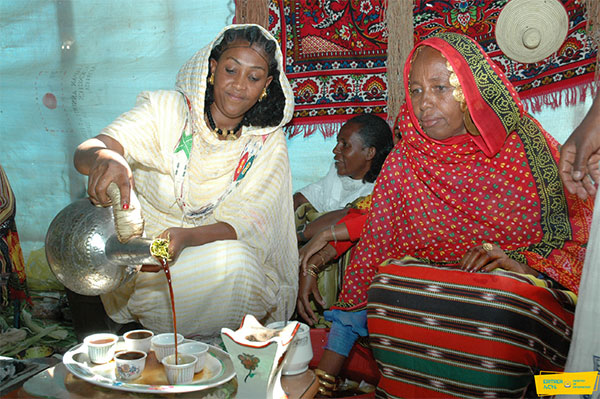 Based upon any measure, Eritrean culture is extremely colorful and vibrant. Almost invariably, whenever I meet foreign visitors to Eritrea, regardless of their particular age, sex, religion, or other distinction, it is not long before they make a comment expressing their deep admiration for, “how beautiful” Eritrean culture is. There is a wonderful diversity of religious and ethnolinguistic groups in the country, all of which contribute to producing a colorful and rich national tapestry. It is interesting that while in many parts of the world diversity and difference have often led to the formation and maintenance of rigid divisions, fragmentation, and long running disputes or bloody conflicts, locally our various groups have generally managed to coexist peacefully. Much of this peace, relative harmony, and cooperation – locally referred to as “our unity in diversity” – has been based on the various groups’ deep commitment to positive interaction and engagement, respect, tolerance, and mutual understanding.

Among the most recognizable and positive elements of culture in Eritrea is the great value and significance placed on inclusion, family, group, and community. These are regarded as the basic units and fundamental building blocks of our society. Moreover, they are essential sources of love, support, learning, and development. The evidence of their deep significance and central role in our society is on display daily: when people come together to support each other in the grieving and mourning of someone who has passed; during the celebration of a marriage or birth and baptism of a child; the mobilization to support less advantaged or vulnerable sections of society (such as the elderly, women, the indebted, and children); or during the harvesting season, construction or renovation of a home, or development of a community project. Notably, earlier this year, representatives of the United Nations Development Program in Eritrea discussed how the strong sense and value of community in the country helped to contribute to the fight against the spread of COVID-19. 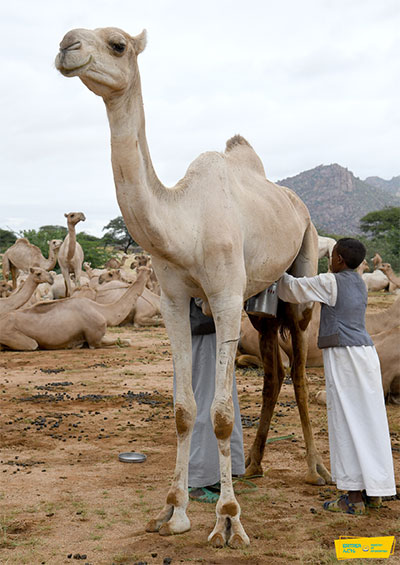 There are many other wonderful aspects of Eritrean culture. For instance, the country is blessed with an effervescent music, song, and dance culture. While the country’s different ethnic groups have unique instruments, varying rhythms, and particular dance traditions, they are all united in their special creativity and artistic beauty. In terms of food, considered a key element of culture, not only are the dishes in Eritrea extremely delicious and full of wonderful flavor (influenced by the array of bright seasonings, spices, herbs, and other ingredients), their consumption is about much more than eating. For instance, meals are about sharing, best reflected in the group eating from a single large dish and offering bites to one another. Likewise, the coffee ceremony is not just about quickly sipping a hot beverage. Instead, the ceremony, which can last for several hours, is about slowing things down to have discussions or engage in debate or fellowship with friends, relatives, coworkers, and neighbors.

As a final point, it is important to understand that culture is not always “positive”. For instance, our history – and that of many other countries – has included several harmful, traditional socio-cultural practices (such as child or early marriage and female genital cutting/mutilation [FGC/M]). These often had harmful impacts, such as negatively affecting health, well-being, and dignity. Encouragingly, however, culture is also not cast in stone. It is dynamic and open to change. Thus, through tremendous efforts by the government, community groups, and others, and rapidly changing social contexts, we have witnessed great strides in eliminating or significantly reducing harmful, traditional practices, while also substantially improving gender equality, social justice, and opportunity for all. Of course, at the same time, not all changes are necessarily for the better. One only has to consider some of the recent trends and changes in food consumption and dietary habits (e.g., such as fast food).

Culture is the lifeblood of a vibrant society. It lets us know and express who we are, provides us with a sense of pride, and allows us to feel that we belong.

The beauty in Eritrean religious ceremonies