The beauty in Eritrean religious ceremonies 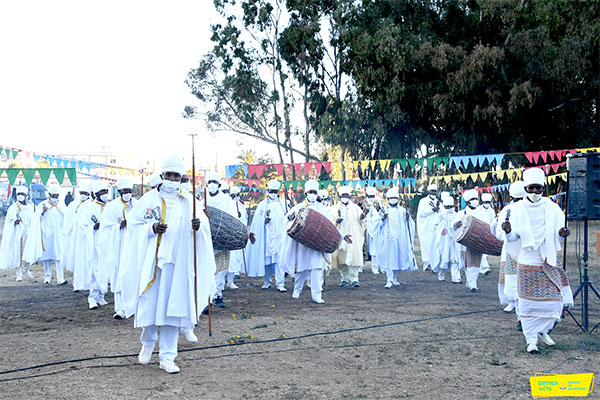 It was 8 in the morning and I was rushing to get to my work place. I was running by the streets of Harnet Avenue. I decided to take a rest as I was panting. While I was taking a rest I took my phone out of my pocket to check if I could make it to work before 8.20 a.m. That’s when I realized it was the 19th of January. “Wow, it has already been a year!” I started to reminisce about the past. I looked around and found myself around Bahti Meskerem. That place suddenly made me nostalgic because last year at the same time and date that same place was crowded with people wearing white clothes.

Epiphany, also known as Theophany, Little Christmas or Three kings’ Day, is a Christian feast to celebrate the revelation of God incarnated as Jesus Christ. Epiphany may have originated in the Greek-speaking Eastern half of the Roman Empire as a feast to honor the baptism of Jesus. In some churches, the feast of Epiphany initiates the Epiphany season, also known as Epiphantide. The traditional date for the feast is January 6. However, since the 1970s, in some countries, the celebration is held on the Sunday after January 1st. Eastern churches, which follow the Julian calendar, observe the feast on what for most countries is January 19 because of the 13 day difference between that calendar and the generally used Gregorian calendar.

In the Latin speaking west, the holiday emphasizes the visit of the magi. The magi represent the non- Jewish people of the world, so this was considered a ‘revelation of the gentiles’. In this event, Christian writers also inferred the revelation to the Children of Israel. Eastern churches celebrate epiphany or theophany on January 6. Some, as in Greece, employ the modern revised Julian calendar, which until the year 2800 coincides with the Gregorian calendar, the one in use for civil purposes in most countries.

Other eastern churches, as in Russia, hold to the older Julian calendar for reckoning church dates. In this old calendar epiphany falls at present Gregorian January 19, which is January 6 in the Julian calendar.
In the Oriental Orthodox (mainly Eritrean and Ethiopian orthodox churches), the feast is known as Timkat and is celebrated on the day that the Gregorian calendar calls January 19, but is celebrated on the 20th of January when the following February in the Gregorian calendar will have 29 days. The celebration of this feast features the blessing of water and a solemn procession with the sacred shrine. A priest carries this to a body of water where it stays overnight, with the Metsehafe Qeddassie (Divine Liturgy) celebrated in the early morning. Later in the morning, the water is blessed to the accompaniment of the reading of the four Gospel, which accounts the baptism of Jesus in Jordan, and the people are sprinkled with the water. The sacred shrine returns in procession to the church. 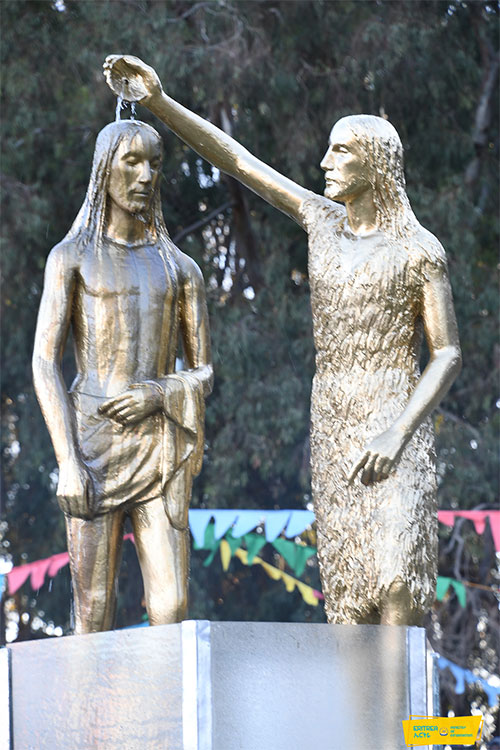 The Eritrean Orthodox Church, as part of the Oriental church, celebrates Timkat on the 19th of January. In the Eritrean Orthodox churches, the emphasis on this feast is on the revelation of Jesus Christ as the Messiah and the second person of the Trinity at the time of his baptism. It is also celebrated because, according to tradition, the baptism of Jesus in the Jordan River by St. John the Baptist marked one of the only two occasions, the other being the Transfiguration, when all three Persons of the Trinity manifested themselves simultaneously to humanity.

In Asmara, every year people gather at Bahti Meskerem wearing white clothes to celebrate Timkat. It is a colorful and joyful event where not only locals but also foreigners attend. Choirs, most of the time led by deacons from every church in Asmara, attend there accompanied with carols, drums, psaltery and other instruments to coruscate the day. After sprinkling the blessed water at the people and choirs performing carols, the head pope and the priests do the process of liturgy with the Metsehafe Qeddassie and chant the hymn remarking the start of the ceremony. Following the liturgy, the choirs start the carols and the people sing along with them.

The joy, laughter, and the moment itself are worth watching. You watch people screaming out of joy when sprinkled with the water, people immersing themselves into the water, children splashing water at one other and even to strangers, and choirs singing. Unfortunately, life never stays the same. The covid-19 pandemic has affected every aspect of our lives and didn’t spare Timkat, like many other big ceremonies before it. I looked around and felt as if the people with the white clothes were around, but then reality hit me and I realized that there were people walking with their masks on.

“Oh, it is already 8.14 a.m.” I remembered that I was going to work and started running again to make it on time.