Checking the Spread of Viruses – a Lesson from an Eritrean Community 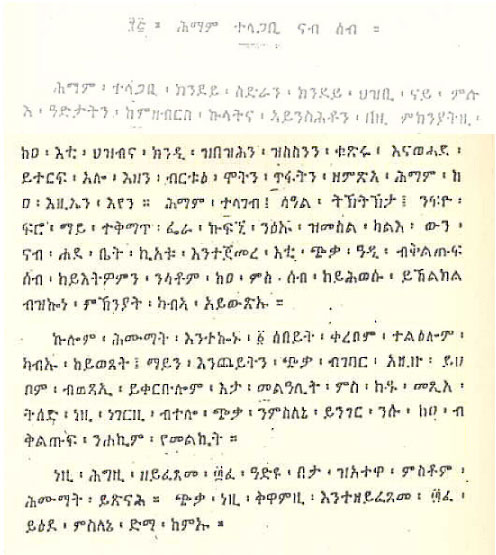 The world is no stranger to plagues and pandemics. It has seen many in the past, and it is expected to have new ones in the future. The Black Death, which raged between 1346 and 1353, and, according to Dorothy H. Crawford, the author of ‘Deadly Companions: How Microbes Shaped Our History’, spread through the whole of Europe, Asia, and North Africa, killing “nearly half the inhabitants” and causing “the most dramatic fall in population ever recorded.” Similarly, the Spanish flue killed between 20 and 40 million people between 1918 and 1919.

History gives us important lessons on how we should deal with pandemics such as Covid-19, though as modern, well equipped with sophisticated equipment and advanced knowledge, we also have our ways of dealing with our own problems. Dorothy H. Crawford reminds us that in the absence of effective methods of preventing the spread of SARS, the World Health Organization (WHO) was forced to employ traditional methods. “WHO’s global health alert issued on 12 March caused long-unused traditional public health measures to swing into action [after the SARS spike in 2003]. These included routine isolation of SARS cases and quarantine for anyone who had contacted a case to prevent spread in hospitals, while travel restrictions with country entry and exit screening were imposed to interrupt the microbe’s spread in the community.”

Eritrea, as part of the world community, has not been spared. It has experienced similar devastating plagues in the past. An Eritrean scholar, Prof. Sibhatu Ghebremichael, in his autobiography in Tigrigna titled, “Etom Tezekrotatey” (My Reminiscences”), reminisces:

“Probably about one year after that, sometime around 1942-3 CE [Common Era], a very difficult time known as Zemen Akahida in Eritrea began. At that time the most severe famine, diseases, and death abounded. Especially a disease known as bedido (i.e. smallpox) debilitated and killed many people. Not a few families were wiped off the face of the earth and a number of villages were destroyed.

Later, after much delay, a vaccine for smallpox arrived, and saved the lives of many. I, myself, received a shot at the upper arm of my left hand, which grew into a festering sore. I still have the scar which I had as a result.”

As I read through a compilation of the different customary laws in Eritrea, which included more than seven of them, I came across a passage in the Logo Chiwa Customary Law, the customary law that served the area between Dubarwa and Mai Nefhi, where the Eritrea Institute of Technology is located.

In Eritrea, which came under the same administration in 1890, different districts had their own customary laws, which regulated relationships between individuals, and served as the civil and criminal codes of their respective districts before the advent of the Italians. I believe that lack of central administration or government forced the population groups to draft their own customary laws, and they enforced them the best way they could. Left to its own devices, each group (in its own way) prepared a code that included articles on such diverse issues as engagement, marriage, divorce, support for children and other issues.

One of these, the Logo Chiwa Customary Law, was for the first time codified in 1492, and was revised almost two hundred years later, in about 1658. It was revised for the third time during the Italian Colonial period, in 1900. Finally, the code was reviewed around 1943, during the British Colonial period.

The article in question reads: “It is known to all of us how infectious diseases destroy populations and ravage whole villages. Due to this reason, our population, which should be increasing and multiplying, is declining. The diseases that bring about much damage and death are these. Infectious disease, Saal (probably TB), measles, scarlet fever, typhoid, kufungni, and other similar diseases. If any family contracted any of these, the Chika Adi (the village administrator) should make sure that no other person from outside makes contact with the family, and that the family should not meet other people. They should not leave their house for any reason.”

“If the whole family is infected,” the article explains, “a woman, a close relative, should look after their needs. The woman should not leave the house. The village administrator should instruct other villagers to provide them with a supply of water and firewood. This should be left outside their house. The woman looking after the needs of the family should collect this after the one that supplied it had left. The village administrator should inform the mislene about this immediately. The mislene should, in turn, inform a medical officer straight away. If anyone violates this law he/ she should stay with the infected people. If the Chika adi fails to carry out his responsibilities, he should be held responsible (or be fined). If the mislene fails in the same way, he should be fined.” 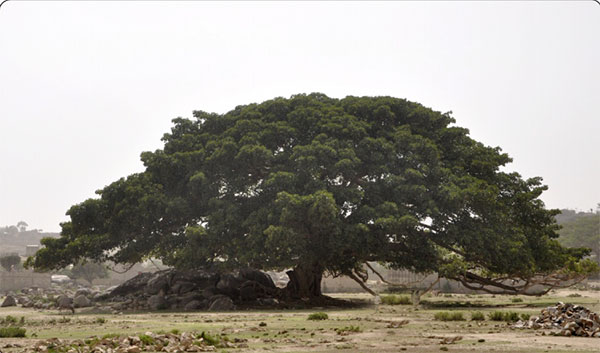 The article doesn’t mention any authority higher than the district mislene, implying the district relied on its resources to fight infectious diseases, though it does refer to a hakim (a doctor or nurse), who resides outside the district. Neither does it mention organized medical services. The fact that it mentions a hakim may imply that this article is an addition that didn’t appear in the original code, and may imply the beginning of modern medical services, but not organised enough to reach the district level. The fact that the mislene contacts him may imply there was a body that took responsibility and handled such medical cases.

The article stresses a number of important principles, the same principles now being employed by governments all over the world due to Covid 19 pandemic in the absence of effective mechanisms. The principles advocated by the customary law take into account the needs of the family infected and, most importantly, the safety needs of the larger society. Firstly, it instructs that village members should be informed of the occurrence, and should be duly warned of the dangers of making contact with the infected family. Secondly, it specifies the responsibilities of individual members, and their expectations, if the society was to defeat the spread of the infectious disease. Thirdly, it stipulates that some kind of fine would be imposed not only on the individual violators but also on people with responsibility such as the chika adi and the mislene, if they didn’t carry out their responsibilities responsibly.

It may be important to establish if this article was in the original code, or whether it was an addition, after it was revised in about 1900 for historical purposes. But it clearly shows the initiative of the people with no authority from a central government.