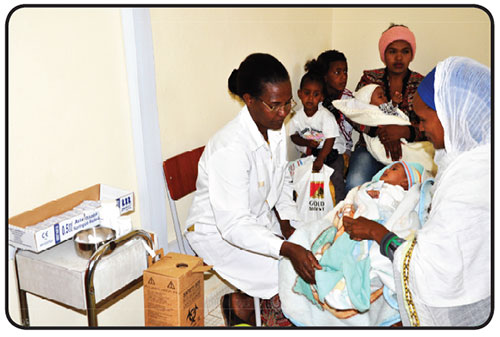 Recently, one of the UN’s specialized agencies announced that it had extended support to Eritrea’s Ministry of Health. In particular, the support, described as being for “the continuity of essential health services on maternal and newborn health”, involved the extension of essential supplies to strengthen maternity waiting homes. The latter are residential facilities where women living remotely may stay before giving birth at nearby health facilities. First introduced in 2007 primarily in order to better serve hard to reach populations, maternity waiting homes have now become an important part of Eritrea’s healthcare delivery system.

In addition to representing welcome news about a positive and encouraging development in Eritrea, the recent announcement also provides a timely and useful opportunity to delve deeper into a highly important and related issue: maternal health and mortality.

Additionally, maternal mortality has a great bearing on development. It can trigger and greatly aggravate cycles of poverty, while a significant body of research has shown that maternal mortality increases the risk of children, especially girls, dropping out of school, and becoming malnourished. Of course, the Millennium Development Goals (MDGs) and the Sustainable Development Goals, collections of specific international development goals developed by the United Nations in partnership with an array of other organizations, have highlighted the need for a reduction of maternal mortality as an important target to improving health and wellbeing.

Over the past several decades, the world has made significant progress in improving maternal health and reducing maternal mortality. Despite this considerable progress, however, maternal mortality in many countries remains unacceptably high. According to estimates from a number of international health, development, and rights organizations, every day approximately 800 women in the world die from preventable causes related to pregnancy and childbirth. Moreover, millions of women annually suffer pregnancy-related injuries and disabilities. The vast majority – approximately 94-96% – of all maternal deaths occur in low and lower middle-income countries (predominantly in Sub-Saharan Africa [SSA] and Southern Asia). Also, young adolescents (those aged between 10 and 14) face a higher risk of complications and death as a result of pregnancy than other women.

In regard to Eritrea, maternal mortality has historically posed a great challenge. In fact, the country once had among the highest MMR’s in the world. Specifically, in 1990, just one year prior to Eritrea finally winning its independence after 30 years of armed struggle, the country’s MMR stood at approximately1700. Since that point, however, there has been substantial improvement in maternal mortality. By the year 2000, Eritrea’s MMR had been reduced to about 670, before being further improved to about 380 in 2013, and then 352 in 2015. Overall, Eritrea’s MMR was reduced by 79%, which was one of the best reductions anywhere in the world. Notably, this significant improvement meant that not only was Eritrea one of only a small handful of African countries that was able to achieve the MDG related to maternal health, it had accomplished the feat considerably earlier than the final 2015 MDG target date.

What is also encouraging is that maternal mortality in the country continues to drop. For instance, while in 2000 there were about 990 deaths, this figure was reduced to about 650 in 2010, and then further improved to less than 500 for 2017 (the latest year for which data are available). For context, the MMR of SSA dropped from 990 to 510 between 1990 and 2013, representing a 49% percent reduction, while globally, the MMR for the same period was reduced from 380 to 210, a 45% decrease. 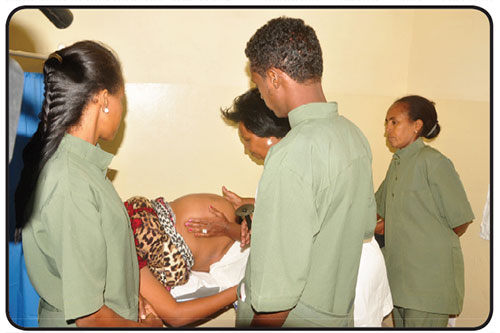 Eritrea’s improvement in maternal mortality is rooted in an array of factors. As I have laid a lot of this out in greater detail previously and elsewhere, here I only list some of the factors, which include, alongside the access to maternity waiting homes discussed above, the following: high-level political commitment and prioritization; increased access to skilled care before, during, and after delivery; investment in the training of midwives and birth attendants; empowerment of women and girls; combatting HIV and provision of antiretroviral medications; improved transportation and healthcare infrastructure; and increased school attendance and literacy rates among women and girls. Notably, these positive efforts were led and carried out by Eritrea’s government and communities, alongside close collaboration and support from important organizations, such as UNICEF, the WHO, UNFPA, and UNDP.

As a final point, while Eritrea’s progress in reducing maternal mortality is certainly positive and commendable, there is still considerable room for improvement. That means that moving forward maternal health and survival must continue to remain high on the country’s health, rights, and development agenda. The ongoing investments and focus on improving maternal health access and services, exemplified by the recent announcement on maternity waiting homes, are thus extremely encouraging and significant.

Indian National Day and the Indian Embassy in Eritrea

Checking the Spread of Viruses – a Lesson from an Eritrean Community

Eritrea’s Effort in Respecting the Rights and Interests of Children