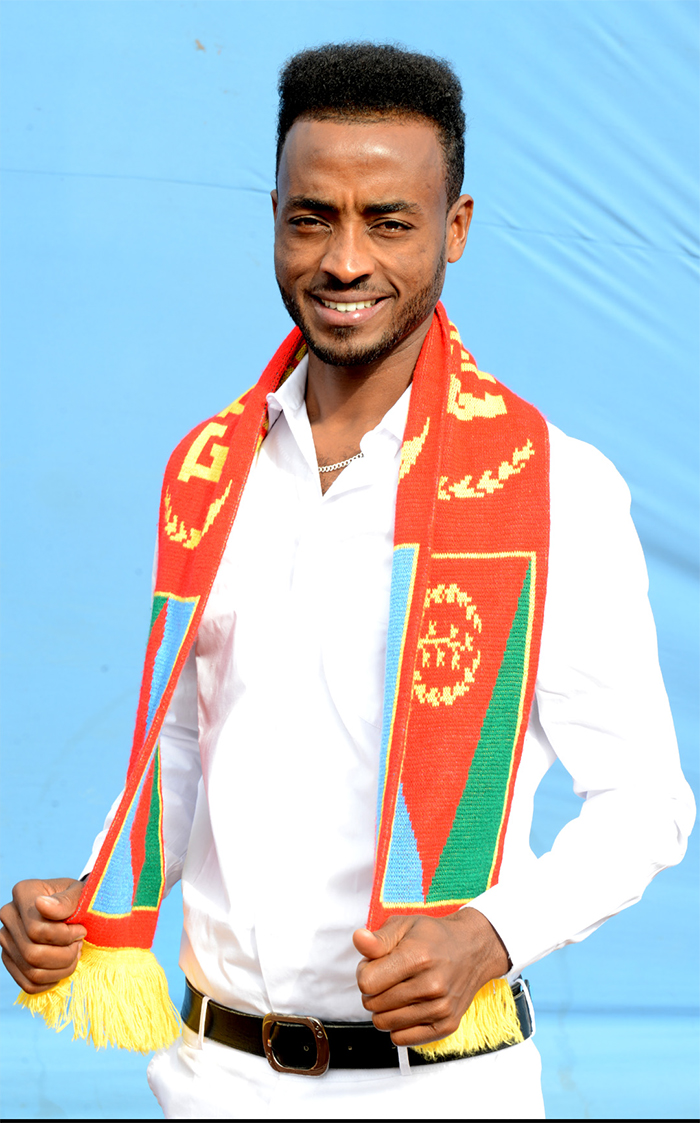 Meet Melake Abraham, a young vocalist, who has dedicated his talents mainly to tell what Eritreans are all about. Revolutionary songs produced during the armed struggle, the active participation of his family in the struggle for independence, and friends have greatly influenced his views about the Eritrean people, their hardships, and what the future holds for them. Melake has performed on various occasions inside and outside of the country, and many of his songs have gone viral.

Growing up, I was surrounded by a family that has always been active in the process of independence in many ways. My father, whom I call my dear friend, was one of the people who went through thick and thin to support the armed struggle. Just like the other Eritreans, his devotion to the struggle has made him go to the worst jails of the time. Anyway, I grew up listening to the music cassettes my father kept at home, songs about the field and the struggle. Those artistic works were a great source of inspiration for the people of Eritrea, especially the youth. And everything around me is what inspired me to be who I am today. If there is anything I love it is telling the stories of Eritrea and its people. It was only natural that I would grow up to be inspired by the power my people had, their stories, and their resilience to free our homeland. These are important things we should talk about, sing about, and document.

I didn’t pass the Matriculation Examination to go to college, but I was given an opportunity to get vocational training for two years at Sawa, after completing my national service in the 19th round. Till then, I didn’t really start to be interested in Art. I mean, I knew my talents, it’s something that grew with me from the start, but I wanted to get into carpentry in Sawa. But when my teachers saw my talents, they counseled me to make Art my first choice. Prior to that, I was trying to write lyrics and rhythm on my own before I started to do anything officially. Later on, we formed bands that represented every department at the vocational school, and we won first prize at a competition of the bands. 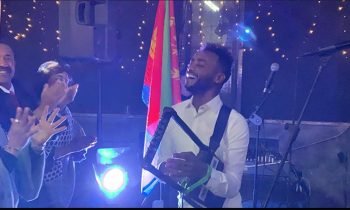 Having decided to make Art my first choice, I became one of the students who passed the examinations that were presented to us by Araia Haile, our teacher. Fortunately, I was selected to join Awla Music Group that was stationed in Barentu until 2017. It was a band that guided me to follow t h e p a t h o n e needs to follow to become a musician. As beginners, we had all the help we needed. For instance, we had the opportunity to take a short course where I learned to play drums. I found learning the theories and principles of a musical instrument to be very helpful to become a good vocalist. It is always better to know how things should work and how they can be aligned with whatever you are producing. It makes it easier to produce great work.

But that is not the only thing I benefited from the band. I also had the beautiful experience of living at the lowlands. Learning and sharing the cultural experiences and the people’s way of living was something that I enjoyed. Sawa was the first place where I experienced living with people that have different backgrounds who came from all corners of the country. And Barentu was a good addition to that experience in my life. Although I have heard stories of how connected we all are as people no matter what kind of differences we have, I saw this for a fact in Sawa. There, I met Afar students from Denkalia, and talked to students from BinBina, from the Kunama ethnic group. I went there from the highlands, but we all lived together and ate from the same bowl like people who grew up together. That was Sawa for me and Barentu was no different than that. Later, in 2017, I was reassigned to another band, Walta Musical Troupe, where I am currently a member.

With the exception of two songs that I did for a national celebration, I have written most of my songs. I honestly think that just because you belong to a certain musical group doesn’t necessarily mean you can’t produce a work of your own. Of course, the band serves as your umbrella, but one can be creative and active to actually accomplish works both for the band and others. One should find ways to grow in the field individually.

I initiated and produced most of my works. “Seare,” a single I released in 2017, is a song that has actually doubled the number of my fans. In this song, I wanted to express the strength of the Eritrean people, and show that no matter what adversities they have been facing for hundreds of years, they have kept on fighting and have always been victorious. This is true, this is what Eritreans are like and I am not the first person to sing about that. “Arha” is my most recent single. This song is dedicated to Eritrean soldiers who have been looking out for their people and land, sweating for years for national development. 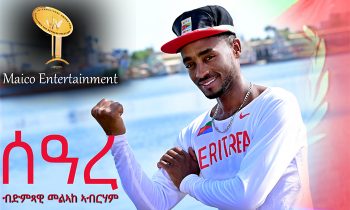 Over the years I have produced around 24 singles and I have performed on different national occasions, local and overseas. I have toured almost all over Europe. It is a privilege to perform for Eritreans in the diaspora. We are always amazed by how connected they all are to their roots. It is not easy to see kids born and raised in a foreign country so far away from home speak and heartedly connected to their culture and identity. But this is common among Eritreans who live abroad. They are always ready and happy to see us, play with us, and dance all night long every time we are there. I would like to thank them all for their great hospitality.

I would like to thank my parents and siblings for all the good motivation in my life. I would like to thank everyone who has been in my environment for me to get here. But most of all, to all my great fans, I would have never imagined being here without your support. I am grateful and I promise I won’t be far away from your ears.