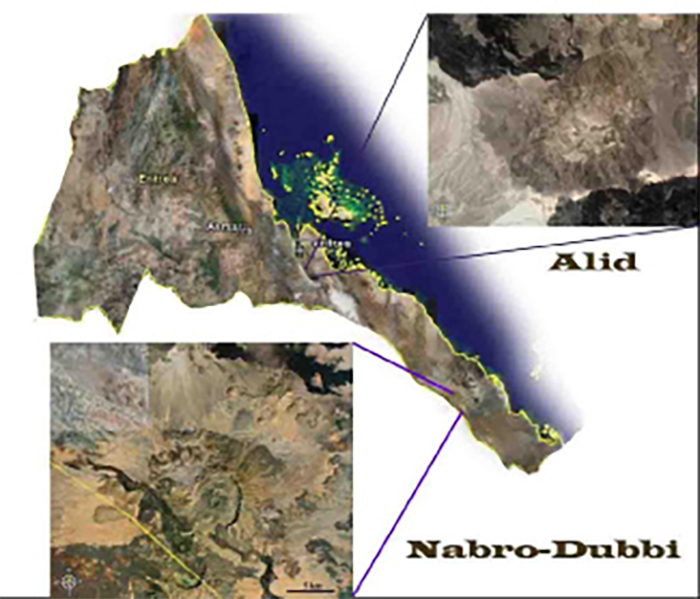 Eritrea depends on imported fossil fuel and this has been draining the country’s reserve of foreign currency. To address the challenge, the Ministry of Energy and Mines (MEM) has been working with different governmental and non-governmental organizations to harness alternative sources of energy, including solar, wind, geothermal and hydroelectric. Here, we will focus on the geothermal energy potential of the country.

Eritrea lies within the African Rift Valley, one of the rifts with volcanic centers that have a high potential for the application of geothermal energy globally. Therefore, to identify Eritrea’s potential for geothermal energy, the MEM has been conducting research in collaboration with regional and international actors. The first exploration for geothermal energy was done in 1901 when an Italian man, Angelo Marini, initiated small research on Alid geothermal source. Thereafter, several studies had been conducted, but it was in 1996 that a detailed geological and chemical investigation work was carried out. 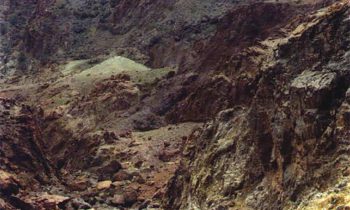 In 1973, a UNDP sponsored work was done and included a reconnaissance survey by a Geological Survey of Ethiopian team. In the first survey, they located thermal springs along the Asmara-Massawa road and in the Gulf of Zula area, south of Massawa. In 1992, the late Prof. Giorgio Marinelli and a staff member from the Department of Energy visited the Alid area and prepared a proposal for a detailed study. The MEM later refined the proposal, which laid the basis for the geological and geochemical studies carried out in the area. Alid and Nabro- Dubbi are by far the two most prominent potential targets for high temperature identified from surface studies so far carried out.

The Alid volcanic center is located on the axis of the Danakil depression, between the Red Sea and the Afar Triple Junction. Results of studies carried in 1996 strongly suggest that an upper crustal magmatic and/or hot plutonic body is present beneath Alid mountain. Compositions of fumarolic gases collected at Alid indicate that the reservoir temperature of a hydrothermal-convection system driven by this heat source is very likely to be in the range of 250° to 300°C. According to a paper by Ermias Yohannes at the MEM, fracture and fault analysis of Alid Dome in 2005 found three structural trends that influence the geothermal fluid path. The geologic structure and tectonic environment of Alid are highly favorable for producing and maintaining substantial fracture permeability beneath the mountain and perhaps even extending north and south from the mountain’s base. 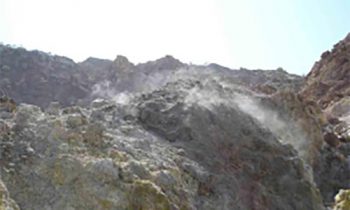 The overall temperature and permeability conditions seem so favorable for an electrical grade geothermal resource that exploration drilling to depths of 1.5 to 2 km is recommended.

Dubbi is a volcanic area that erupted in 1861with a height of 1625m above sea level. The volume of lava flow alone was 3.5 km making it the largest reported eruption in Africa. Nabro stratovolcano is the prominent volcano that occurs in a line of NE-SW direction, SW of Dubbi volcano, collectively named as Biddu or Nabro-Dubbi volcanic complex. Nabro-Dubbi is a stratovolcanic area within the triangle along the line that extends North-North East to Kod Ali. The two volcanic centers are separated by a Danakil Horst. It is the highest in the Danakil Depression or the Eastern Lowlands mostly with a down-dropped crustal section bounded by deep-rooted faults that cut into the basaltic lavas.

In addition to the two major volcanic centers, Alid and Nabro- Dubbi, low-temperature thermal springs are common in Eritrea. Hot springs in Eritrea occur at the main escarpment along the Asmara-Massawa highway, along the coastal plains, and on the Danakil Depression. There are thermal springs at Ua-a and Acfat and thermal water wells in Erafaile and Zula villages, all to the west of the Gulf of Zula, and thermal water wells in the Gelti area on the south side of the gulf. Ua-a thermal spring is located about 20 km northwest of Foro village, situated to the north of Zula town. 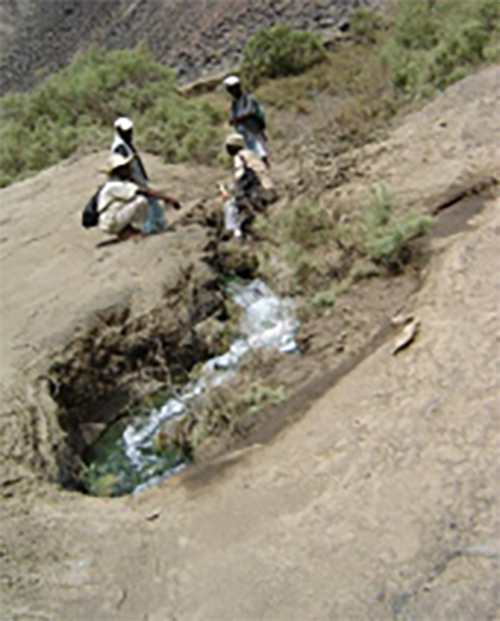 It has long been recognized that Eritrea may have significant exploitable geothermal resources. Studies show that the tectonic setting and geological makeup of the Danakil Depression provides a suitable environment for the occurrence of geothermal energy, and most of the geothermal manifestations are associated with fractures and faults. They also indicate that two high values depicted on the contour map are well accompanied with the thermal manifestation, making it worthwhile to commence a geophysical investigation. A very interesting new site at the rift floor, rather than beneath the Alid mount, was detected, which makes it imperative to study the area from a wider perspective.

The newly erupted volcanism at Nabro has significantly increased the permeability for geothermal fluid and will have an important role in the geothermal resource.

Most recently, in January 2015, a joint United Nations Environment Program – Icelandic International Development Agency (UNEP-ICEIDA) team visited Eritrea to discuss with delegates and stakeholders in Eritrea regarding the implementation of surface exploration studies in Alid geothermal area. They had successful meetings with the MEM officials and developed a detailed implementation plan of the Alid volcanic zone research.