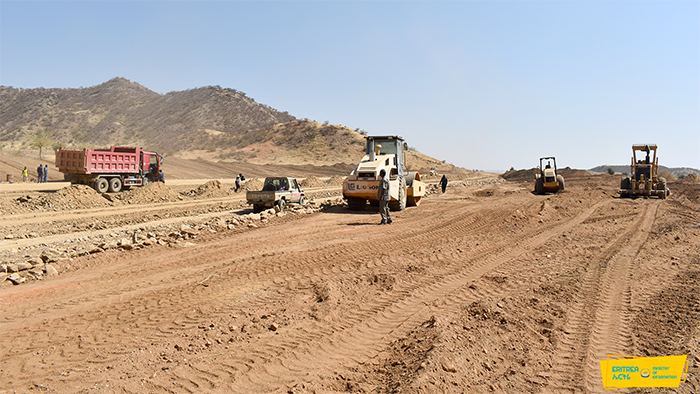 This past weekend, local Eritrean media reported that a new road between Shambuko and Barentu was being constructed. The new road is being developed as part of the strategic Mendefera – Barentu Highway. Personally, reports and updates about these types of developments are among my favorite – I simply love them. Beyond being informative and enlightening, I always find them to be extremely positive and encouraging. This is particularly because such projects – even those seemingly as “simple” or “basic” as roads – promise to have a positive impact on the livelihoods of locals and promote an array of beneficial outcomes for communities. Inspired by the “good news” shared this past weekend, the following few paragraphs will present a brief look at the general significance of roads and their progress in Eritrea.

Although roads have been recognized as an import component of economic growth, poverty reduction, and positive social and health outcomes, it is estimated that hundreds of millions of people in many countries throughout the world still lack adequate access to road and transport infrastructure. Despite considerable progress during the last decade, lack of road and transport infrastructure is especially apparent within Africa. The region’s road network is still underdeveloped and millions of Africans, particularly those in rural areas, live a considerably long distance away from roads. For context, the density of road networks on the continent, for both per person and per square kilometer (km) of land area, is considerably lower than other regions; Africa has an average of about 204 km of roads per 1,000 square km, of which only one quarter are paved, which means that the continent lags far behind the world average of 944 km per 1,000 square km, of which more than half are paved. 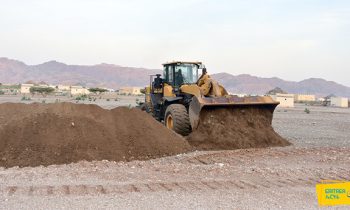 Even when roads exist or are available, significant problems are apparent. For instance, in many countries, roads are concentrated in urban areas or restricted to regions surrounding coastal ports, vestiges of trade routes established during colonial times for the overseas shipment of resources and commodities. Historically, few roads have linked neighboring countries within regional networks, while a large percentage of the road network in Africa is not in good condition. It is not uncommon to see aging roads that are full of potholes, large cracks, bumps, or divots, and other hazards, while the lack of proper and regular maintenance and upgrades has resulted in the depletion and degradation of the bulk of road surfaces. Furthermore, in many places, dirt roads become extremely dangerous, if not effectively impassable, during the wet or rainy season.

For many years, the lack of adequate road infrastructure across large swathes of the continent has stifled economic growth, adversely affected the flow of foreign direct investment, and restricted trade, both regionally and with the rest of the globe. For example, poor road infrastructure increases the cost of transporting goods and reduces competitiveness. Additionally, lack of adequate roads adversely impacts education, contributes to negative health outcomes, and ultimately serves as a large obstacle on the journey to inclusive, sustainable development.

Shifting to focus on Eritrea, the history of the roads system in the country has been winding (pardon the pun). During the long period of Italian colonization, the country’s road (and railway) network was extensively expanded, eventually growing to cover thousands of kilometers and link many different parts of the country. In a 1945 publication, Brigadier Stephen H. Longrigg, a civilian who served as chief administrator of the British Military Administration in Eritrea from 1942 to 1944, describes Eritrea as “highly developed,” with “superb roads, a railway, airports, a European city as its capital, public services up to European standards”. In an article published the following year, Longrigg, who in addition to (or as a part of) his administrative duties engaged in deceitful actions aiming to impede Eritrea’s prospects for self-determination and promote its partition, declared that Eritrea “is served by a splendid road system, radiating from Asmara, and linking all parts with each other and with the Sudan and Ethiopia”.

However, during the next several decades, as Eritrea fought for its independence, the country’s road (and railway) network was destroyed by attacks and massive bombing, minimal investment, and a lack of maintenance. (Additionally, sections of the extensive road and railway network were dismantled by different sides in order to support the war effort.) When Eritrea finally won its independence, the country inherited a road network that was devastated. According to one account, “The [road] network was both limited in coverage and inadequate in condition so that much of the country had effectively no access to motorized transport”. The country’s road density was miniscule, with the large majority of roads in a dire condition.

Since then, however, through a tremendous amount of hard work and substantial financial outlays the country has been able to remedy many shortcomings and make significant progress in its roads network, notwithstanding its relatively modest resources, nearly decade-long illegal sanctions, over two decades of subsequent conflict, and a highly challenging regional socio-political and environmental context. In terms of distance, the asphalt, gravel, and dirt roads constructed increased from about 4,930 kilometers at 1991 to over 14,500 kilometers by the year 2015, an increase of approximately 195%. Importantly, in the following years, many more kilometers of road have been constructed, while the quality of roads has been improved greatly (with many dirt roads being paved and old, dilapidated roads being reconstructed or considerably upgraded).

By any objective measure, the impact of these efforts and investments has been transformational. Today, more than 85% of villages in the country are covered by access to roads, improving integration and raising standards of living. For instance, the expansion and improvement of the roads network has played a role in increasing rates of school enrolment and attendance, since paved roads are easier to travel upon than the rocky, hilly terrain that characterizes large parts of the country.

The paving of dirt roads has also reduced the inconvenience of large clouds of billowing dust (and associated potential health problems) in many communities, while ensuring that students who previously had to contend with muddy paths or large puddles, can travel more comfortably. Notably, as a part of the construction of roads, many concrete bridges and culverts have been developed, thus allowing residents of remote communities to cross once impassable rivers or streams. Of course, the greatly expanded and improved road network has supported local economies and access to health services, as well as reduced the risks that used to prevail on many once dangerous routes.

Within humans, the circulatory system is made up of blood vessels that carry blood away from and towards the heart. Arteries carry blood away from the heart and veins carry blood back to the heart. As a part of its functions, the circulatory system transports nutrients, respiratory gases, and metabolic products throughout the body, permitting integration among the various tissues. It plays a vital role in humans; without it, humans could not survive. In a quite similar fashion, roads are vital and necessary for countries, permitting them to grow, develop, integrate, and thrive. To date, Eritrea’s efforts to develop and improve its road network have supported positive developments and led to numerous benefits for local communities.