Sloppy Journalism at its Worst 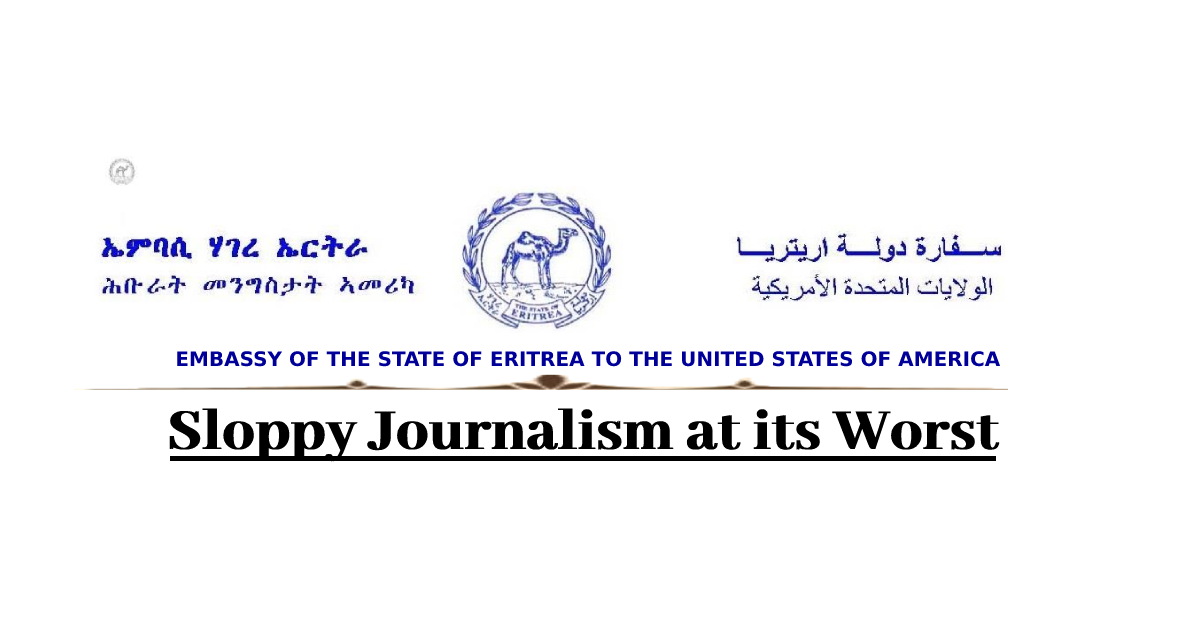 In its “February 12” publication entitled Tigray, Ethiopia”, US-based Magazine, The Week, carries a defamatory story on Eritrea that was apparently cobbled together from dubious sources without minimal verification for factual accuracy and veracity.

The article states: “When Abiy (Ethiopia’s PM) sent troops to Tigray to quell what he said was a political rebellion, thousands of Eritrean troops unofficially joined the fight on the side of Ethiopian government forces”.

First off, this portrayal is a gross distortion of the perilous events that unfolded in Ethiopia in the first week of November last year. As it is well known, the TPLF launched on November 3, a pre-emptive, multi-pronged, and massive attack on the entire positions and bases of Ethiopia’s Northern Command. The TPLF’s goal was to neutralize this largest contingent of the Ethiopian Armed Forces and seize its entire weaponry which constitutes almost 80% of Ethiopia’s ordnance. All this information is in the public domain; much of it in the very chilling words of senior TPLF leaders, who even bragged about the “historic Central Committee Meeting” which endorsed the dangerous war plan.

The turmoil and mayhem that would have ensued in Ethiopia, and the larger region as a whole, had this evil act of war succeeded is unimaginable.

But when this dangerous attack callously launched during harvest time was foiled – remnants of this cabal and network of lobbyists, interest groups and institutions that had supported the TPLF for over 27 years have gone into overdrive to make a scapegoat of Eritrea by fabricating narratives of “harrowing atrocities”.

The Week has obviously fallen into this trap without asking fundamental questions. In the first place, Eritrea’s foreign policy is predicated on cardinal principles of international law; namely the full respect of the sovereignty and territorial integrity of its neighbors. As to the conduct of Eritrean soldiers, the track record is there. Let alone after independence, even during the armed struggle, the EPLF army adhered fully to the Geneva Conventions and protected captured enemy soldiers. In this regard, the EPLF army extended significant support to the EPRDF forces during the last years of the Mengistu regime. Its impeccable track record on full compliance with all the Geneva Conventions on human and humanitarian rights is a matter of historical record

Embassy of the State of Eritrea
Washington, DC
8 February 2021