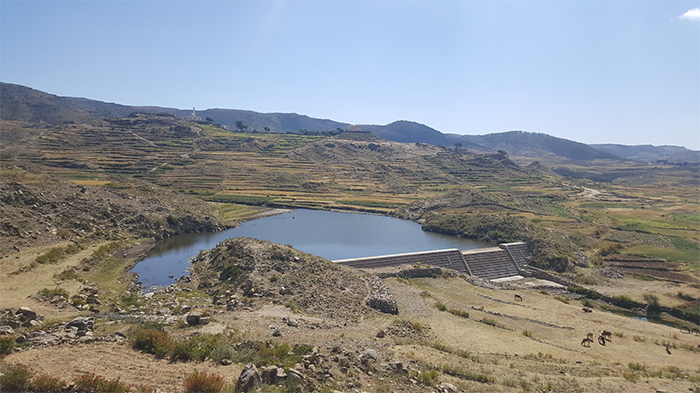 The Ministry of Agriculture (Moa) conducted its annual assessment meeting from 28-29 January 2021 at its headquarters, located in Asmara. The meeting was conducted in accordance with national COVID-19 safety measures and guidelines.

According to reports from the Agricultural Extension Department (AED), in 2020, more than 22,000 hectares of on-farm and off-farm soil and water conservation (SWC) measures were conducted throughout the country. To date, 36% of the total cultivated area has been treated with various types of physical SWC measures, and a total of 35 masonry small-scale dams were constructed in various parts of the country.

The report on crop production indicated that around 492,000 hectares of land were sown with field crops in the following ratio: cereals (87.7%); pulses (6.5%); oilseeds (3.6%). Since the target is to reach a ratio of 50:25:25 respectively by 2024, special focus and commitment by farmers and experts are needed in this area.

In the horticulture sub-sector, the total cultivated area for fruit production was reported to be approximately 4,700 hectares and that of vegetables was 18,082 hectares. Generally, more than 11,500 farmers are engaged in this sub-sector. 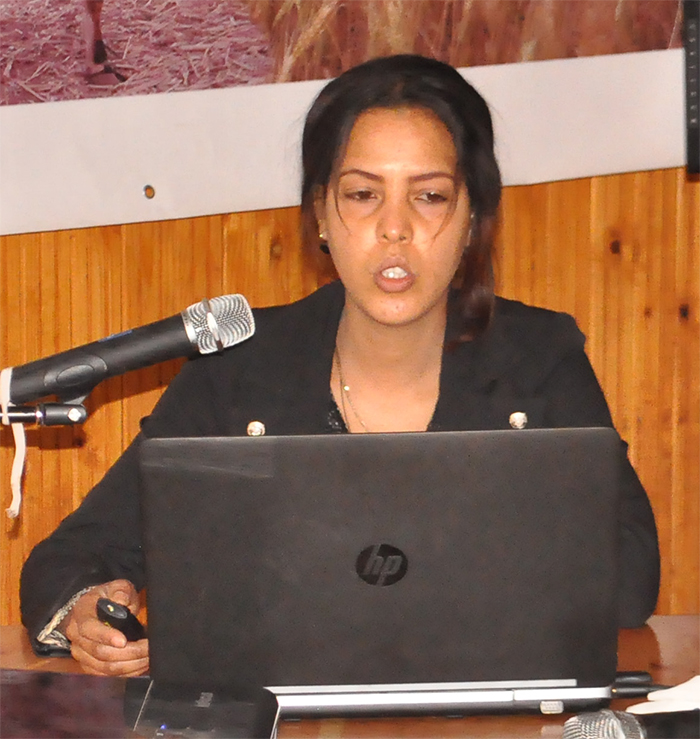 Seed multiplication was also one of the priorities of the Ministry in 2020. Approximately 660 hectares of land was dedicated to seed multiplication. Notably, beneficiaries of this program harvested between 20-25 quintals per hectare from rain-fed production and those who supplemented their farms with irrigation registered harvests ranging from 50-70 quintals per hectare.

Reports on dairy production showed that Artificial Insemination (AI) services were conducted on more than 1,300 dairy cattle, while the poultry development sub-sector showed a breakthrough achievement in the year 2020. Since June 2020, a total of about half a million one-month-old chicks have been distributed to around 20,000 beneficiaries. The target is to distribute one million one-month-old chicks to 40,000 beneficiaries by June 2021.

The report on Animal health revealed that more than 2.7 million animals (like livestock and chicken) were vaccinated. As a result, the number of cases of animal and zoonotic diseases was minimal and insignificant in 2020.

One of the spectacular achievements in the agricultural sector has been desert locust control. Around 104,000 hectares of land infested with migrant and locally bred desert locusts were treated with pesticides. The successful control campaign also involved the maintenance and repair of over 1,400 motorized and manual pesticide sprayers; as well as public awareness activities. 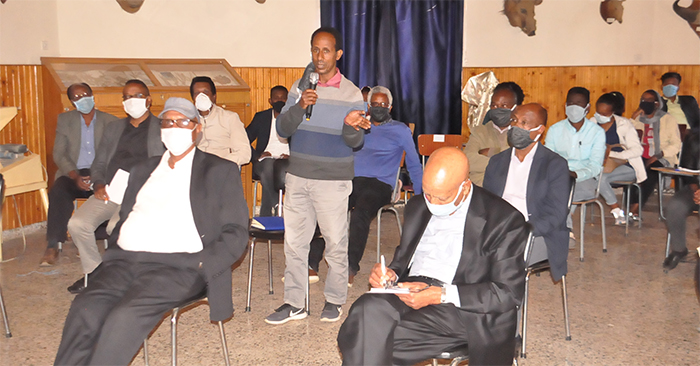 Genetic resources are the foci for many agricultural studies. In 2020, 762 accessions of cereal crops were tested and 117 accessions were regenerated.

Considerable efforts were made to promote date palms. Reports from the National Agricultural Research Institute (NARI) indicate that a total of 1545 vitro plants have been distributed to beneficiaries.

Meanwhile, livestock improvement research on forage-based dairy production was also conducted. The promotion of silage preparation is already producing tangible results among small dairy farmers, while successful trials were conducted by the Food technology Unit of NARI to prepare yogurt in a short period of time.

Agricultural regulatory services are major functions of the MoA. According to a report presented by
the Regulatory Services Department (RSD), regular inspection activities of small and medium-scale milk and meat processing plants were conducted throughout the country by its national and regional inspectorate. The department, supported with physical inspection and using results of laboratory analysis, took important measures to ensure the quality and safety of animal and plant products.

The provision of import and export certification is another important task for the department. Inspection of feed processing plants was conducted and certificates were awarded to those complying with strict national standards. Besides, in a number of ports and other entry points, illegal importation of veterinary drugs was dealt with. Other activities and achievements of the RSD during the year included the safeguarding of empty pesticide containers, the establishment of Gadim Halib sprayer mounted vehicles washing station, awareness-raising campaigns.

The National Variety Release Committee, headed by the RSD, also inspected seed multiplication activities in various regions and screened seeds that are fit for further multiplication.

Reports from the National Animal and Plant Health Laboratory (NAPHL) indicated that diagnosis for brucellosis was prominent thanks to the extensive sero-surveillance conducted throughout the country. More than 9,800 samples were collected from sheep, goats, and cattle with 2.7% testing positive. Measures to strengthen regional laboratories have also started very well. Although there were plans to begin preliminary vaccine production, delays arose due to the COVID-19 pandemic. Depending on how the situation unfolds in the coming year, there are tentative plans to move forward with preliminary vaccine production.

In total, 2,568 rainfall data sets were collected from agro-meteorological stations in five regions. According to the report from the Agricultural Strategic Information Systems Division (ASISD), even though the summer rainfall was 73% above normal, its distribution and number of rainy days didn’t match the prediction.

The village recording the highest rainfall was Afdeyu, with 953 mm. Moreover, strategic data collection using Geographical Information Systems (GIS) and Remote Sensing activities was piloted in some Subregions of the country.

Empowering the Agricultural Market Information Systems (AMIS) was a commendable achievement of the division. More than 12,000 data sets for 42 agricultural commodities from 9 stations were collected. 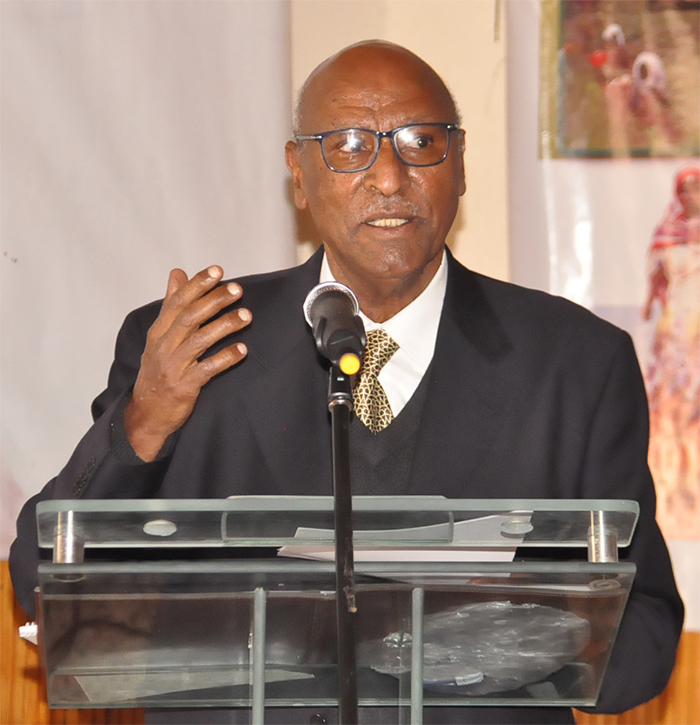 At the end of the two-day meeting, the Minister of Agriculture H.E. Arefaine Berhe made the
following remarks;
– Based on sustainable water sources, families that can be incorporated into the Minimum Integrated Household Agricultural Package (MIHAP) should be identified soon;
– Catchment treatment should be a prerequisite step prior to any kind of dam construction;
– Technical assistance for farmers should be promoted up to village level;

-New agricultural innovations should be piloted and introduced quickly after their validation in demonstration areas;
– Capacity of researchers should be alleviated by continuous short and long term training programs;
– To minimize the application of chemical fertilizers, the use of compost production and other natural fertilizers and pesticides should be promoted;
– The use of simple techniques of silage production should be encouraged;
– Policy, strategy, and the five years strategic plan of the MoA must be continuously reviewed with changes and developments being considered;
– Regional animal and plant health laboratories should be equipped and reinforced to improve services;
– Agricultural strategic information systems of the MoA should be empowered to provide up-to-date and reliable information;
– Even though, Eritrea is doing well in desert locust control, there is a need to shift from chemical pesticides to biological pesticides;
– The use of locusts for animal and poultry feed should be promoted;
– Adoption of Integrated pest management focusing on crop rotation and production of domestic biological and natural pesticides needs to be reinforced;