Heroic and Decisive: One Week in February 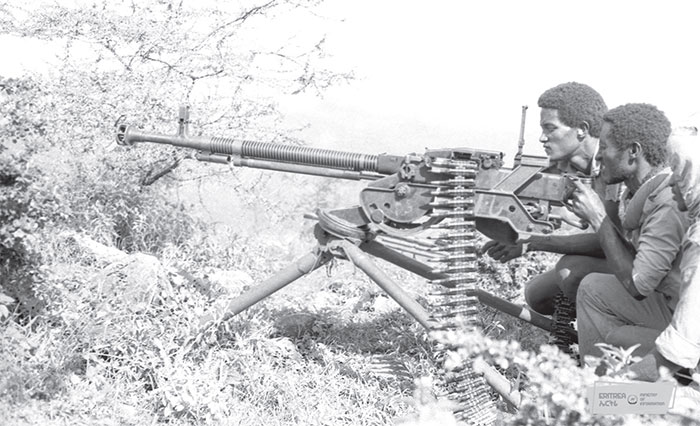 History has recorded countless major battles and decisive military victories. Centuries ago, at the epic Battle of Marathon, the vastly outnumbered ancient Greeks defeated the mighty Persian invaders. More recently, in 1942-43, the nearly six-month siege of Stalingrad was one of the most pivotal and dramatic events in World War II, while in 1944, the invasion of Normandy by Allied forces on D-Day marked the beginning of the Nazi’s decline on the Western front. Other major battles that shifted the course of history are the Battle of Dien Bien Phu, which led to the end of the French presence in Indochina, and the historic Battle of Santa Clara, the last during Cuba’s revolutionary struggle, which extinguished the brutal dictatorship of Fulgencio Batista in the last days of 1958.

Similarly, our own history provides us with numerous examples of significant victories, decisive battles, and tremendous resilience. Throughout the late 1800s, Degiat Bahta Hagos, a towering anti-colonial resistance figure, fierce warrior, gifted poet, and talented musician, launched revolts against invaders, oppressive warlords, colonialists, and external hegemony. A century later, in March of 1988, the Eritrean People’s Liberation Front’s (EPLF) scored a heroic victory in a huge battle in Afabet, considered by eminent historian Basil Davidson as the most significant victory for any liberation movement since the

Vietnamese victory at Dien Bien Phu (note that Davidson was visiting the EPLF base areas at the time). By the end of the three-day battle, which significantly tipped the military balance in favor of the EPLF, the Eritreans had killed or captured over 18,000 Ethiopian soldiers, and acquired a massive amount of arms and supplies from the enemy.

Unquestionably, however, one of the most significant, memorable, and transformative battles in Eritrea’s history was at the Battle of Massawa, which unfolded this week 31 years ago. Ultimately, the EPLF victory during the pivotal battle in February 1990 spelled the beginning of the end for Colonel Mengistu Hailemariam and the Derg regime, and it signaled to everyone that Eritrea’s independence – which had long been regarded and dismissed by many as unlikely or even impossible – was not only merely possible, but actually only a matter of time from becoming a reality.

In the year prior to the daring land and sea operation, codenamed Operation Fenkil, the EPLF built up its naval capabilities and then secretly moved its powerful forces into the region, aiming to isolate Asmara from the sea (the coastal city and the capital are separated by a distance of approximately 115 kilometers). Beginning in the early hours of February 8, the quick and decisive EPLF offensive, launched on three different fronts, would end by February 10, when the Eritreans had secured the mainland. Days later, on February 16, EPLF forces stormed the islands in a combined land and sea assault.

The EPLF’s bold surprise attack cut-off the Ethiopian regime’s access to supplies provided by the USSR through Massawa. Not only did the Eritrean forces employ tanks and various armaments and heavy artillery, they also relied upon a small fleet of gun boats to attack from the sea. The battle took an enormous toll on the Derg: about 9,000-10,000 Ethiopian soldiers were killed, while many others were left wounded. In addition, thousands of Ethiopian troops, including high-ranking generals and commanders surrendered to the EPLF, with many other Ethiopian troops retreating to the town of Ghinda.

The EPLF’s capture of Massawa meant that apart from Assab, far to the south, Asmara and its immediate environs were the last areas of Eritrea still controlled by the Derg regime; the rest of the Eritrean population lived in areas controlled by the EPLF. Not long afterwards, the entire country was liberated by the EPLF and Eritrea became independent.

Among the clearest illustrations of the deep significance that the Battle of Massawa has for Eritreans is how fervently its memory is celebrated. The several days that are set aside every year to celebrate the spectacular triumph are among the most special, colorful, and distinguished on the Eritrean calendar, alongside September 1 (Beginning of the Armed Struggle), May 24 (Independence Day), and June 20 (Martyr’s Day).

Invariably, regardless of age, sex, religion, ethnicity, socio-economic status, or other possible distinction, Eritreans look back on the victory at the Battle of Massawa with extreme reverence and true happiness. Operation Fenkil was when Eritrea finally arose after decades under the heavy boot of colonial oppression to “placing a noose around the neck of the Derg”. (Another reflection of just how significant the Battle of Massawa was is found in the intensely bitter, vengeful response waged by the Derg after losing the port city.)

What else also especially stands out about the Battle of Massawa is how it served as another instance of the EPLF totally defying military doctrine and what could be described as rational, reasonable expectation. In military terms and according to so-called “force ratios”, the EPLF should not have been competitive, let alone succeeded, either in the Battle of Massawa or the larger war of independence. The Derg had greater material resources, an exponentially larger number of troops, tremendous amounts of international backing, and more and better weapons. Despite the great imbalance, the EPLF succeeded at Massawa (and eventually in securing independence) because of, among other things, the: quality, valor, and bravery of its fighters, who were able to impose their will against a larger, better-equipped opponent; far better planning and organization, superior maneuvering and speed, and the element of surprise, which prevented the Derg from utilizing its own forces effectively.

Personally, Operation Fenkil and the Battle of Massawa are sources of true inspiration and encouragement. They reiterate an important lesson: that at the end of all long struggles and dark tunnels, there is often hope and light, as long as you persevere and remain resilient. 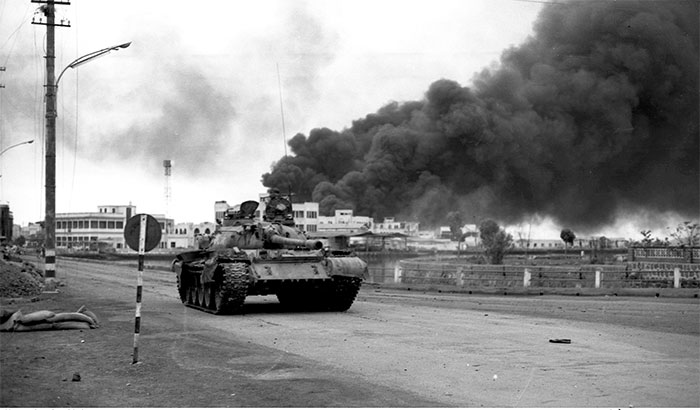 In 1990, after three decades of bitter war, despite having been vastly outnumbered and greatly outgunned, and although effectively abandoned by the international community, the Eritrean independence movement was not only surviving, but growing in strength and momentum. It was able to, with utmost confidence and sheer will, take on a larger, formidable opponent – and succeed. Today, as an independent nation confronting a host of testing obstacles and difficulties which often seem daunting and overwhelming, our history of strength and resilience, as embodied by Operation Fenkil and other decisive victories, can provide us with the confidence, drive, and resolve needed to successfully tackle these challenges.