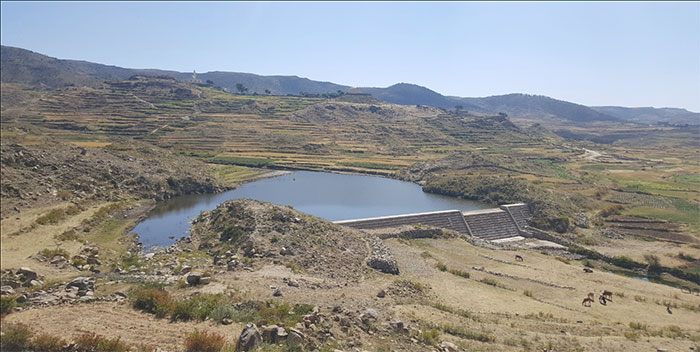 The Ministry of Agriculture (MoA) held a meeting recently at its headquarters in Asmara for an annual assessment of its activities. The meeting, which was held by following the national COVID 19 safety measures and guidelines, heard reports on animal health, plant health, crop improvement, dairy production and research undertakings and inspections.

In 2020, on-farm and off-farm soil and water conservation measures were taken over more than 22000 hectares of land throughout the country and 35 masonry small scale dams were constructed. Around 492000 hectares of land were sown with 87.7% of cereals, 6.5% of pulses and 3.6% of oil seeds to

harvest a targeted ratio of 50:25:25 for cereals, pulses and oilseeds respectively. In addition to that, with more than 11500 farmers, fruits and vegetable were cultivated over approximately 4700 and 18082 hectares of land respectively.

The development of improved seeds is one of the priorities of the MoA, to which it has dedicated 660 hectares of land, and it gave out more than 4500 quintals of improved field crop seeds and 3600 quintals of potato seeds to farmers. Similarly, in poultry, the MoA took measures to empower farmers. It gave around half a million one-month old chicks to 20000 beneficiaries, with the final target being the distribution of one million one-month old chicks to 40000 beneficiaries.

To improve the livestock breed in the country, artificial insemination was done on more than 1300 dairy cattle, and to ensure their health more than 2.7 million animals were vaccinated. There was also an increase in the number of bee colonies resulting in a 57% increase in honey production.

One of the most spectacular achievements in 2020 was the desert locust control made possible with the concerted efforts of many parties and the use of pesticides.

In the area of research and development, research was done on chemical fertilizer, soil analysis and forest genetic resources conservation, 762 accessions of cereal crops were tested and 117 accessions were regenerated. Studies were also conducted on different varieties of sorghum, pearl millet, wheat, barley and maize along with potatoes, tomatoes, pepper and several others with a view to improving yield. Similarly, studies aimed at improving livestock were conducted along with inspection activities of small and medium scale milk and meat processing plants to ensure quality and safety of animal and plant products.

Through an extensive sero-surveillance, a prominent diagnosis for brucellosis was conducted throughout the country with more than 9800 samples collected from sheep, goats and cattle. Although there have been delays to begin administering the preliminary vaccine due to COVID 19, tentative plans have been made to move forward depending on how the situation unfolds. 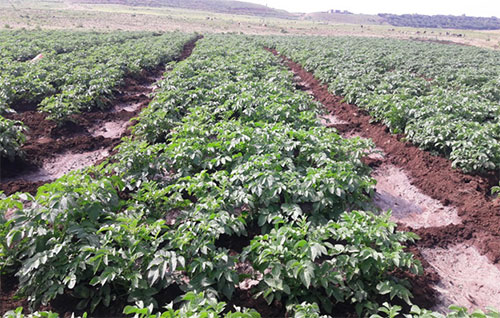 Rainfall data sets were also collected from agro-meteorological stations in five regions. The reports showed that the rainfall distribution and number of rainy days didn’t match the predictions even though the summer rainfall was 73% above normal. Afdeyu was the village with the highest rainfall with 953mm.

In his speech at the end of the two-day meeting, Mr. Arefaine Berhe, the Minister of Agriculture, said the use of simple techniques of silage production should be encouraged; regional animal and plant health laboratories should be very well equipped and reinforced to improve services; the application of chemical fertilizers should be minimized, and the use of compost and other natural fertilizers should be promoted; the use of locusts as animal feed should be promoted; integrated pest management should be adopted focusing on crop rotation and the production of domestic biological and natural pesticides; and the capacity of researchers should be enhanced through continuous short and long term training programs.