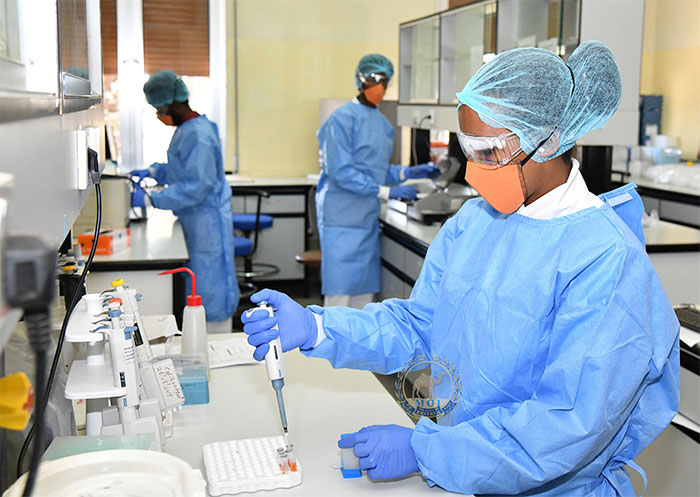 Self-reliance in all fields – political, economic and cultural – is a basic guiding principle of the government of Eritrea. According to the national charter of Eritrea, “Self-reliance does not mean to isolate oneself from the international community. It only means being as independent and self-confident a player as possible in the international community.” Self-reliance has become the identifying feature of the country and through that Eritrea has shown its capability and determination to execute national programs without external intervention.

Natural and human-made disasters are creating problems and destroying people’s livelihood in developed and developing nations. The outbreak of coronavirus has disrupted the economies and human lives, though with varying degrees, in poor and rich countries alike. The COVID- 19 pandemic has created the largest disruption in all aspects of life in history. Eritrea’s response to prevent the spread of the infection has produced praiseworthy results. People feel safe and do better when governments plan ahead and invest sufficient resources in social welfare. Eritrea is known for its emphasis on community and public welfare and its proper investment in the health sector. The ability to plan ahead as well as citizens’ attentiveness to health guidelines helped Eritrea to contain the spread of the coronavirus. Eritrea has demonstrated its capacity to respond quickly and effectively in times of adversity. The implementation of the lockdown and the discipline of the people in Eritrea are unprecedented in Africa.

Desert locust is another threat that has impacted countries in the Horn of Africa and on both shores of the Red Sea for the last couple of years. The swarm breeds in Eritrea, but it is controlled before inflicting damage on the crop and vegetation largely due to the coordinated and quick response by the authorities in Eritrea.

Eritrea has confidence in its internal capacity and uses it to solve her own problems. In doing so, it does not look for external agencies to validate her actions. Before and after independence, the self-confident people of Eritrea have learned how to cope with the ever-changing nature of natural and human-made disasters. The ability to cope with emerging situations and generating solutions evoke a sense of self-reliance, responsibility and pride among Eritreans.

The government of Eritrea is focused on winning the Sustainable Development Goals.

The government of Eritrea reaffirmed its commitment to sustainable development and to ensuring the promotion of socio-the economic well-being of the people. In the past 29 years of independence Eritrea has been committed to advancing the well-being of its people and has made tremendous progress in various areas of development. More importantly, the country has developed the internal capacity to solve its own problems and reduce the influence of external actors in national affairs. The government and the people are the ones that bear the primary responsibility for development and security issues. The country has achieved peace and stability, to the level uncommon in Africa. The government has shown a compelling interest in peace, unity and stability.

Coping crisis is common in developing countries. It occurs when a country’s internal capacity is not sufficient to deal and manage the situation. The longer a country stays in a coping crisis, the higher the risk for the country to fail. A failed state is a status whereby a country is failed to respond to the wide variety of shocks caused by natural and manmade problems.

Resilience is an asset that helps Eritrea to respond successfully and creatively to challenges despite their adversity. The relationships among the people and the people-government relations are the prime factors responsible for the successful response and self-regulation. Cooperation among the people has reached its peak during periods of adversity. With the outbreak of the Corona pandemic the contribution of Eritreans living inside and outside of the country to boost the Corona Fund is a recent example. Eritreans in the diaspora have been sending millions of dollars both to the Corona Fund and to their families. Their contribution plays a great role in mitigating the socio-economic challenges that are caused by the pandemic.

Recent disasters such as the Corona pandemic and Desert locust have shown that success in limiting the effects of major hazards relies on preparedness and the ability to respond rapidly and efficiently to unexpected events. The heavy toll on human lives caused by the coronavirus throughout the world is linked to lack of preparedness. To date seven persons have died from COVID-19 in Eritrea. This shows the preparedness of the country and its ability to mobilize and coordinate its resources toward human welfare. Planning ahead and organizational skills help Eritrea to cope effectively with disasters. The administrative machinery of the country is organized in a way that engages the whole population to meet defined objectives.