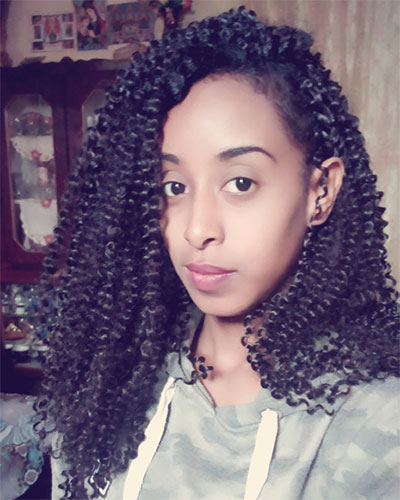 Ruth Tsehaye, a 21 year old Eritrean Artist, is a painter, photographer, and cinematographer and working her way to be a director. Introduced to colors, she started water coloring when she was just a little girl. As her imaginations grew bigger, Ruth expanded her artistic horizon to documenting nature through the camera on her phone. But when imaginations grew wild, she dived into the cinematography world that is making her one of the few female cinematographers in Eritrea. “I haven’t had to meet any female cinematographer till now, but I say we can do anything if we have enough passion for it,” she says.
Even though Ruth is just starting to get to know the visualization world, she previously managed to become a member of an entertainment team, Erud Entertainment, where she participated as an assistant camera lady in various entertainment programs, including Warsay Seret, a television series that is being aired on Eri-TV.

As a child, I was mostly quiet, didn’t have many friends to play with outside the house. I enjoyed playing video games (‘Thank You Mario’ being my favorite), drawing, and watching movies, especially cartoons a lot. Watching cartoons is something that I loved and still love doing; the colors and the animated music entices me the most. It is just fascinating to get to see different dimensions of creativity through the artistic works animators come up with. I also remember that I spent most of my time drawing and painting. I actually grew up with colors. Besides, this was something that I picked up from the artistic side of my family. Most of my family members, especially my uncles, are famous painters such as Berhane Adonay and Mikael Adonay. Because of that I had a mentor, Berhane, whom I showed my paintings whenever he came home to visit. Even though painting isn’t something that I am fully committed to at the moment, I have experimented with different types of paintings. I was just painting because of the talent I had at the beginning, but after my return from Sawa, I had a yearlong course at Satreb Art School.

As I grew up, all the things I loved doing as a child didn’t disappear; in fact, they all became much bigger. I have always been amazed by nature. Not only that, I always pay attention to people’s facial expressions and movements, and I tried to draw or photograph what I saw. That is how I became interested in photography. On my way to college in Adikeih, I never fell asleep on the bus because I didn’t want to miss anything that was worth documenting, taking photos. As with drawing, I didn’t have much knowledge about the camera and photography at first. I didn’t have a professional camera; I took pictures with my phone. What really motivated me to keep pursuing the profession were the comments I got in 2018 when I had a photo exhibition at an event organized for different works of art in my college. It was an exhibition of 30 photos I took with my phone that were about nature, Art Deco buildings, and people. The exhibition focused on the little details we fail to see on everything around us and I had a good response from the public, which made my interest grow even bigger. Then I decided to take a short course on basic principles of the camera at Dynamic Vocational School. But taking the short course just meant I had the basics. So to broaden my knowledge I started watching video tutorials and read books on the field. Then again, I just couldn’t stop there. Learning more about the camera became my new thing, and I continued to dive into the cinematography world, a vast world I might add. When I watched movies, I didn’t just see the movie. I was thinking about the movements, the colors used to show emotions, the angles the shots were taken from — all those things kept running through my mind. And I found myself with a much bigger dream to create a good visual picture on a screen. 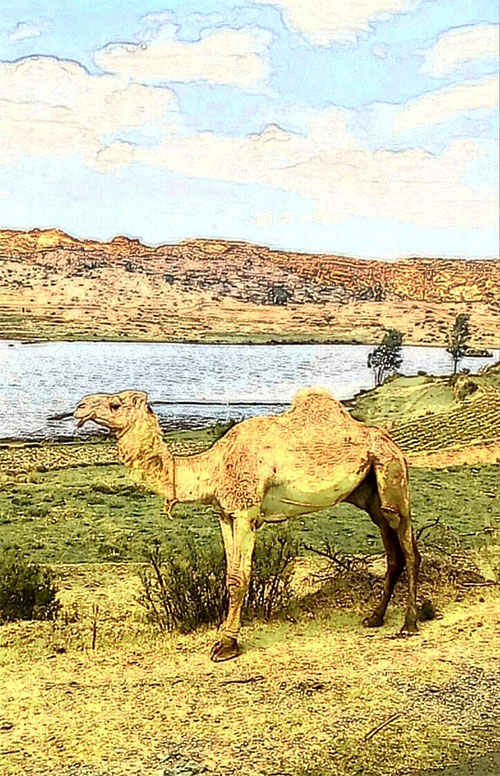 I think that the art of painting and cinematography are related in a way. They both are about telling a story through coloring and expressions. The only difference for me was, when I thought of something and I put it on a canvas, the story is told and it is finished, but in cinematography, stories are told through moving pictures through so many techniques. The only challenge is how one chooses to display the story. Why one chooses to position his characters in a certain direction and what colors are being displayed in a scene, and everything else is done with the consideration of what story is being told. Then again, a cinematographer cannot present a good visual work without an equally creative direction. It’s all a teamwork. In the visualization world, the things one can explain through the movement of the camera are more descriptive and capture the audience better than what is being said. Only waiting to take orders from the director and applying it doesn’t make a good cinematographer; creativity and knowledge do. That is what captures the viewers and makes a cinematographer produce a memorable job.

I honestly believe that everything is influenced by the way one was raised and how much freedom the parents give out regarding following their child’s passion. One of the main reasons I came to be like this is because of my parents. They let me be whoever I want to be; I got all the support from the start. I think about how few female cinematographers we have here. To be totally honest, I haven’t had a chance to meet any female who is in this line of work. I have met many young girls who are interested in photography after my exhibition; some of them came and shared their photos that they keep on their phones, but not so many in cinematography. I know this is a field that takes up time and can be tiring. But you’ve got to work hard and get tired if you want to accomplish anything. I believe if you do your job well, prepare well and organize it, then you can save up much energy and do an efficient job, any kind of job. So I would like to tell all the girls, they can also be in this line of work. There is nothing to it, except to be creative. I hope soon in the future we would raise the number of female cinematographers and directors in the country.

But to everyone who has any type of passion, my advice is to dream big and go for it.